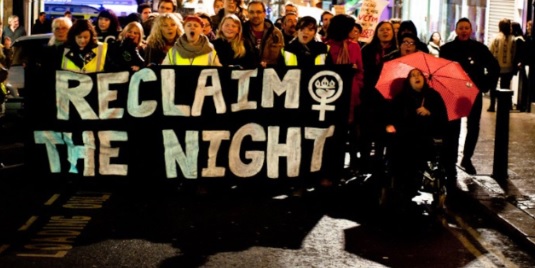 Feminist activists will march through Brighton tonight for this year’s Reclaim the Night protest against street harassment, rape and feeling unsafe on the streets.

This year’s march is taking place against a backdrop of a string of unsolved sex attacks in the city centre which police are investigating as Operation Downgate.

It will start at 6pm at Brighton Station and move to the Old Steine where a rally will be held.

Marchers are being asked to bring placards, megaphones and their righteous anger.

The organisers said: “Over the summer we have seen and heard a worrying number of stories about sexual harassment and attacks throughout the city.

“With the nights now getting darker many of us know what it feels like to feel unsafe moving throughout our city. Now is the time to march to take back our streets!”

Reclaim the night started in Leeds in 1977 as a response to the police telling women to stay home after dark following the attacks of the Yorkshire ripper.

At that time Reclaim the Night wanted to draw attention to the injustice of women being held responsible, and put under curfew, for the actions of a predator.

Reclaim the Night has been successfully happening in Brighton since 2012 when it was started by the Brighton Feminist Collective, and says it aims to have an inclusive and empowering atmosphere.