Drivers will no longer be able to pick up and drop off family and friends at the turning circle at the back of Brighton station. 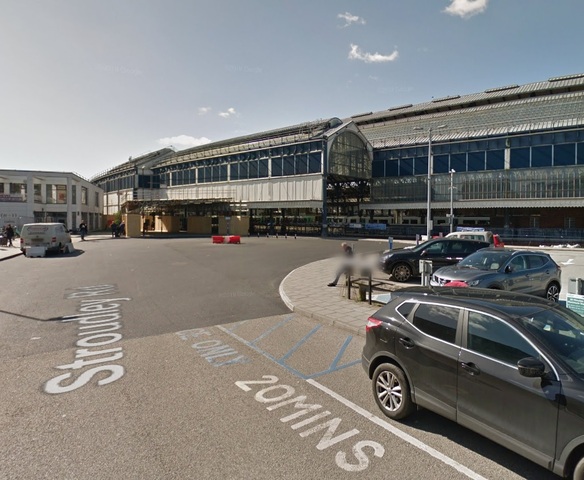 The move is a knock-on effect of the decision to move the taxi rank from the front of the station to the rear.

Passengers have already complained about higher cab fares and being stuck in the congestion in the New England and Preston Circus area since the changes.

And cabbies have complained that Uber and other private hire drivers are also picking up passengers from the rank where taxi drivers pay £900 a year for a permit.

Private cars used to be able to pick up and drop off passengers at the front of the station before it was converted into a food court.

Now cabbies have been banished too. Neighbours had complained about the problems in Surrey Street which was made much narrower a few years ago when the road was redesigned and the pavements extended.

The most recent changes have led to heated exchanges at the back at the station as taxi and private hire drivers and people collecting or dropping off family and friends jostle for space.

But GTR said that it had acted at the request of Brighton and Hove City Council.

Among the concerns are how much harder it will be for passengers with disabilities and limited mobility to get to and from a train.

Passengers are now more exposed to the wind and rain as the front of the station has a canopy, unlike the rank at the rear.

And when rail replacement buses operate, even taxi drivers will not be able to pick up fares from the new rank.

GTR is believed to be planning to use the front of the station for more shops or other retail space. 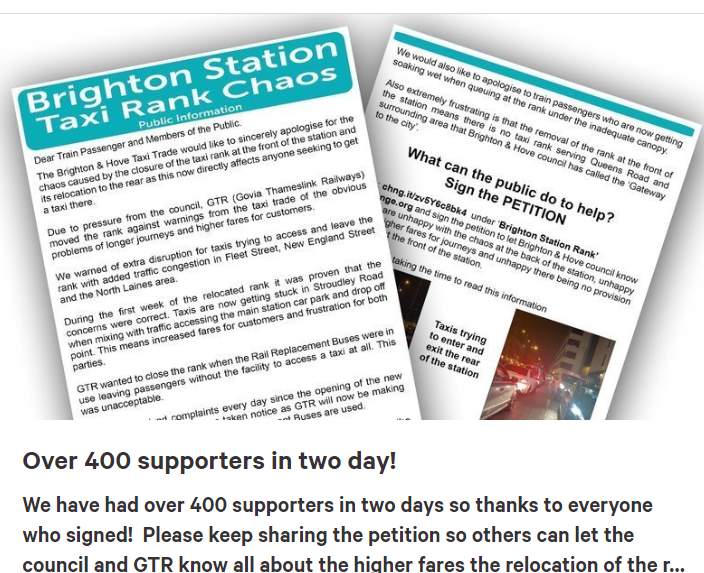 The problems were discussed by the council’s Licensing Committee at Brighton Town Hall yesterday (Thursday 28 November) with cabbies sending video footage of some of the problems before the meeting.

Labour councillor Jackie O’Quinn, who chairs the Licensing Committee, said: “What has arisen since the introduction of the new rank is the huge frustration of the taxi drivers that things have not been sorted out.

She asked that the council’s Environment, Transport and Sustainability Committee look at the problems too.

She added: “It is a real hot potato in the North Laine.

“The residents’ association is concerned about taxis going around the area.”

Conservative councillor Lee Wares said that the council needed to take some responsibility for the problems.

He said that the rank was moved after campaigns by residents in Surrey Street after changes to the front of the station pushed more taxis into their road.

He said that the taxi trade needed to be “properly” consulted about future changes.

Councillor Wares said: “We are seeing increased fares for passengers at the back because we know those roads and junctions are clogged up a lot.

“It beggars belief that we’re having a discussion about things such as traffic light systems and putting up signs because this has been talked about for so long that you would think before we pressed go all this should have been in place.

“We are chasing our tails trying to fix a problem that’s a lot worse than the one we tried to fix.” 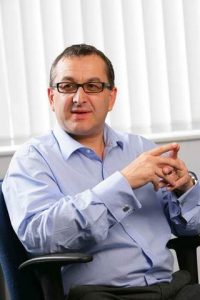 Licensing manager Jim Whitelegg said that the shared space between the taxi rank, private hire and the public was causing the problem.

He said: “The land is not owned by the council so we don’t have control over what’s going on.

“The impact on the taxi trade is extremely important to the city and the council so we have tried to engage with GTR to come up with some options that we hope will improve the situation but it is still early days.”

When railway engineering work takes place, the rank will be moved further down Stroudley Road to leave space for rail replacement buses.

Station staff will have to call taxis to the station for disabled travellers.

Private cars and private hire vehicles will be moved to a new drop off area within the car park. Signs for the changes will go up in Billinton Way.

The taxi trade has set up a petition urging the council and train company to think again about banishing taxis from the front of the station. To see and sign it, click here.