The Darling Buds …of November 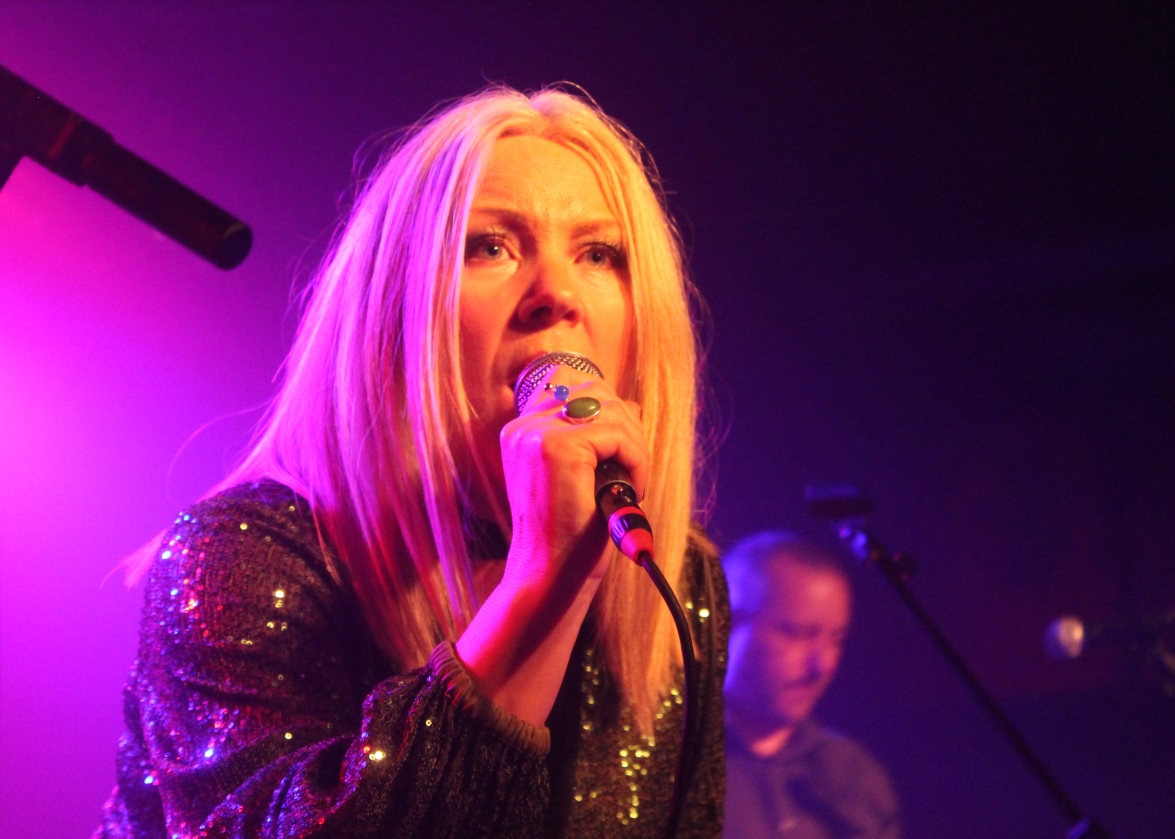 The Darling Buds shone brightly but briefly during the late 1980’s and early 1990’s. Can they still shine today? We shall see.

First however at The Lexington on Pentonville Road we have the support act Helen Love. They are a band who trade under their vocalist’s name, which may or may not be a pseudonym. Like The Darling Buds they also hail from Wales. They formed in 1992 and have eight albums under their collective belts. Okay so they’re prolific, but are they any good I hear you ask??? Well, yes they are. Their rhythm section consists of samples triggered by the keyboard player Ricardo Autobahn, which is something that I’m not a huge fan of, but their music is in many places so goddamn witty, that they redeem themselves many times over.

What is very clear is that Helen Love are in love with music. They are particularly in love with the Ramones. In fact they are particularly in love with Joey Ramone. They have a song about Joey Ramone, and both Joey and the Ramones are referenced in other songs. They have marvellously kitsch video backdrops. Their penultimate screen bears the message: ‘F*ck The Music Industry’, and the final screen shows an image from the late 1960’s / early 1970’s childrens’ programme ‘Mary, Mungo and Midge’. Cute. Teenage songs played by middle-aged people – what’s not to like?!!! 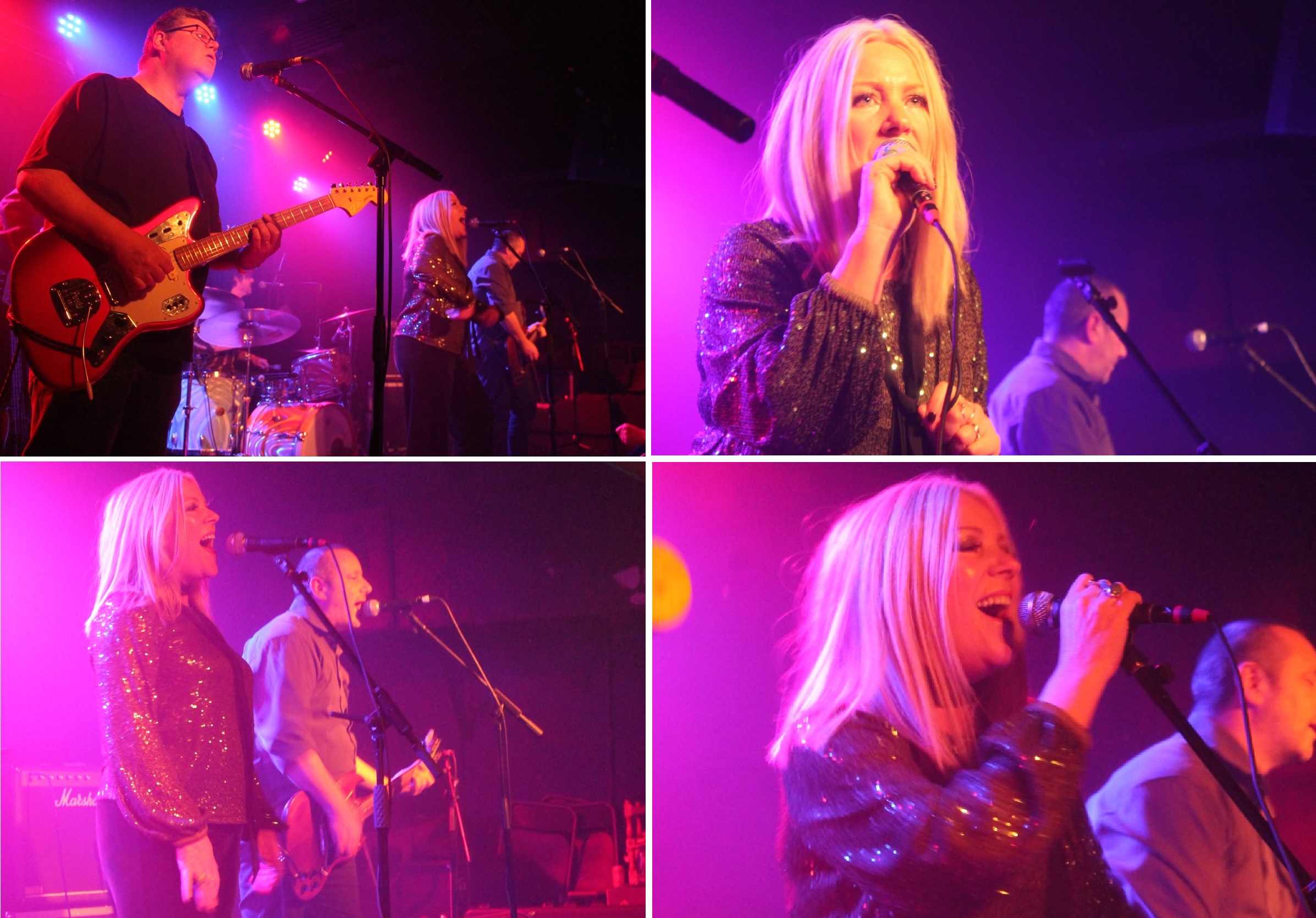 The Darling Buds may not have the kitsch presentation of Helen Love, but they have hits and should’ve been hits on their side. Early in the set ‘Crystal Clear’, ‘Big Head’ and ‘Spin’ are rapidly dispensed. This is not the original line-up of the band: singer Andrea is the only member to have been with the band throughout; guitarists Matt Gray and Paul “Chaz” Watkins are present from the band’s early 1990’s period; whilst drummer Erik Stams and bassist Dave Corten joined in 2010 and 2018 respectively. Be that as it may this line-up makes the songs live and breathe, and they seem to having fun! Especially when Andrea chugs back a black Russian. She complains of losing her voice, but it doesn’t appear to adversely affect her singing. Maybe the black Russian is for medicinal purposes.

The best news about tonight is that there appear to be a fair number of new songs, some of which warrant the addition of a horn section. One of the new songs, ‘Hey St Jude’, is played live for the first time tonight. All of the new material seems to be mature, whilst not losing any of the fire and excitement of the band’s earlier material.

The band only very briefly leave the stage before the encores, which include ‘Shame On You’ and ‘Hit The Ground’. This is a band in rude health who are coming back for a second bite of the cherry. And why shouldn’t they? They are one of a large number of bands who split in their twenties who had much more to say. Well, let’s hear them. More power to their elbows.

Find out more about The Darling Buds HERE and more on Helen Love HERE. 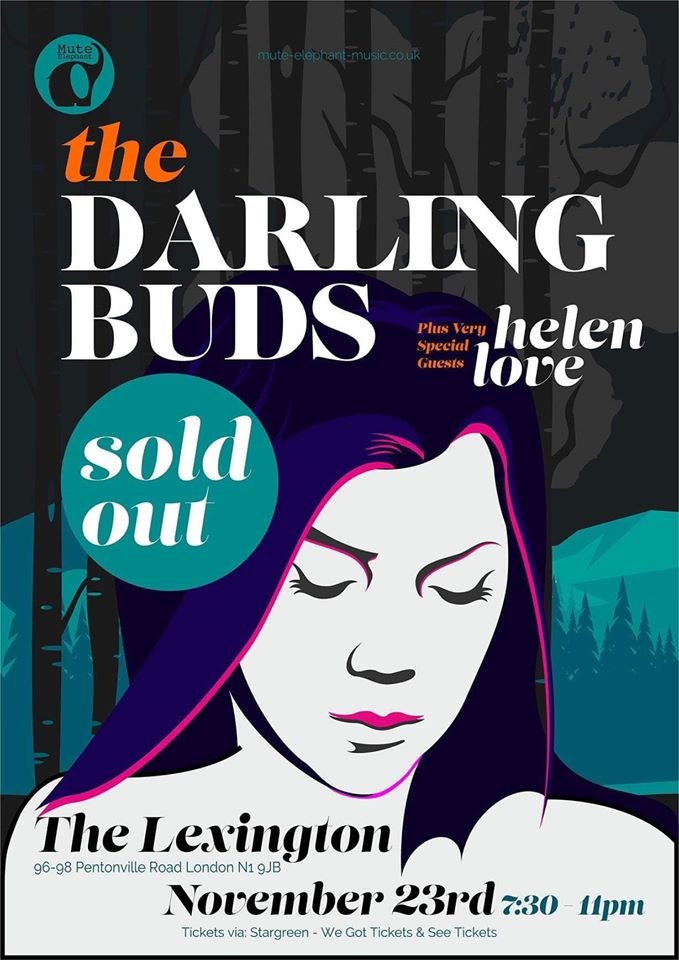