A bar where police found traces of drugs – including heroin, cocaine and methamphetamine – has been told that it can stay open over Christmas and the new year.

The assurance was given to the owners as they wait to hear whether they will have to shut their business after Sussex Police urged council licensing chiefs to revoke their licence.

The force made the request to Brighton and Hove City Council after “three high drug swab readings” at the Gin Tub, in Church Road, Hove.

Chief Superintendent Nick May, the police divisional commander for Brighton and Hove, said in his written request: “Brighton licensing have conducted a stepped approach over 2019 which has seen no improvements in the levels of drug use at the premises.

“Following the third high reading we believe the licence needs to go to review for revocation.”

One of the owners, Steve Guille, told a council licensing panel today (Monday 9 December) that he was shocked to learn about the high levels of cocaine traces found at the bar.

But on one occasion, police said, the leftovers of a cocaine wrap were found in an upstairs toilet.

The swab tests were carried out, Chief Superintendent May said, after police received “intelligence … about drug use and drug dealing occurring at the premises”.

Mr Guille told the licensing panel, which sat at Hove Town Hall this morning (Monday 9 December), that he would not have expected the level of drug contamination found by police.

The bar’s clientele was, he said, mainly older, more affluent and predominantly female.

Yet one of the swabs detected methamphetamine – a party drug that some gay men use during sex.

And Labour councillor Jackie O’Quinn said: “Quite frankly, if you’ve been running bars for a length of time, you should know the clientele most likely to use cocaine is older people.

“We’ve had it before along this street. People in their thirties and forties take cocaine.”

Barrister Peter Savill, for Sussex Police, told the licensing panel that some surfaces at the Gin Tub had been in direct contact with a “bulk” quantity of drugs.

He said that Sussex Police wanted the bar’s licence revoked.

Conservative councillor Dee Simson asked PC Andre Bernascone, who carried out the swab tests, how effective cleaning was in removing traces of drugs.

PC Bernascone said: “If drugs are on a surface and if that surface is properly cleaned, there would still be a reading but a low one.

“If you really scrubbed and bleached it, way above what a premises would normally do, you might get rid of it. Just normal cleaning would lower it.

“If you don’t clean and that premises has had drug use over a period of time, there is the risk that can raise the levels because you’re adding on to levels that are there.”

PC Bernascone found traces of different drugs on a number of surfaces in different parts of the premises and several of those readings were high. 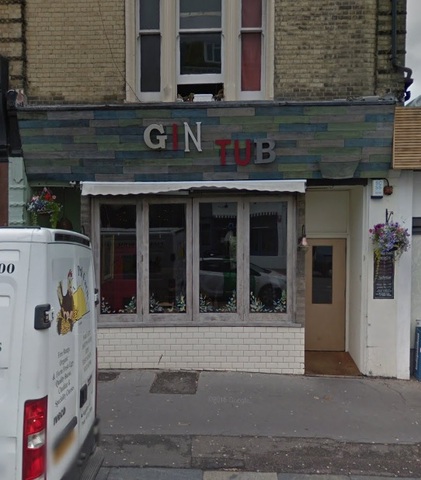 Gin Tub owners Steve and Justine Guille and son-in-law Scott Callister had put astroturf at the back of the toilets to try to reduce drug use.

They also retrained staff and took on a new security company after meetings with police.

The licensing panel was told that the designated premises supervisor Mrs Guille was handing over the role to Mr Callister, who has run the other family business, the Copper Rooms, in Preston Street, Brighton, for 10 years.

Mr Guille told the panel that he ran the front of house and that his wife worked behind the scenes.

He said: “It’s not a problem bar. We are a bar with a problem. The issue is the drugs.”

Mr Guille said that he took full responsibility for what had happened and wanted to work with Sussex Police to improve things.

He said: “It sounds like we run a really bad bar. We don’t. We just didn’t do our job properly.

“We should have done more than we did. We’re not a hotbed of drugs. People don’t say: ‘Let’s go to the Gin Tub and do drugs.’

“There are drugs everywhere. We should have done more to prevent it and we took our eye off the ball.”

He said that if the bar lost its licence, it would be catastrophic. He urged the panel to respond to the request from Sussex Police in a proportionate manner.

Councillor O’Quinn said: “You have been irresponsible. You are holding a licence to sell alcohol and you have a premises and you have not responsibly managed those premises. That is what we are concerned about.”

The panel’s decision is expected to be made public within five working days.

If the panel revokes the licence, the holder will have 21 days to appeal to the magistrates’ court. The premises can continue to trade until an appeal is heard.