A policy vision for the future of Brighton and Hove was picked apart by Independent councillor Bridget Fishleigh.

She criticised Brighton and Hove City Council’s new “corporate plan”, dismissing it as “a dizzying array of actions” with “no measures of success”.

Councillor Fishleigh, a marketing and PR expert, told council chiefs: “Some of the things you want to achieve are truly heartening.

“It’s clear how much you care – but some of the activities are also pretty random.”

Labour council leader Nancy Platts said in her introduction to the document, entitled Our Plan 2020 to 2023: “This is a plan that’s going to deliver real change across the city – change that you told us you want to see happen and change that you voted for in May.

“This is a plan which clearly says what we’re going to do and it’s a plan you’ll be able to hold us to account to.

“We‘ve been working closely with our experienced and dedicated council staff who tell us everything in this plan can be delivered.”

It combines manifesto pledges made by Labour and the Greens before the local elections in May to create a programme of policies for the next four years.

Councillor Platts told a meeting of the full council on Thursday (19 December) that it would make the city a place where people want to live, do business and visit.

She promised that the council would report on its progress publicly, regularly and clearly.

She said: “This is not a plan we can deliver on our own. We believe that collaborating with other organisations and working in partnerships is key to delivering better outcomes for the city.

“Over the coming months we will be meeting with different organisations in the public sector as well as the business community and voluntary sectors in this plan.

“We know we share common goals and we need to come together to improve the economic, environmental and social wellbeing of our city.” 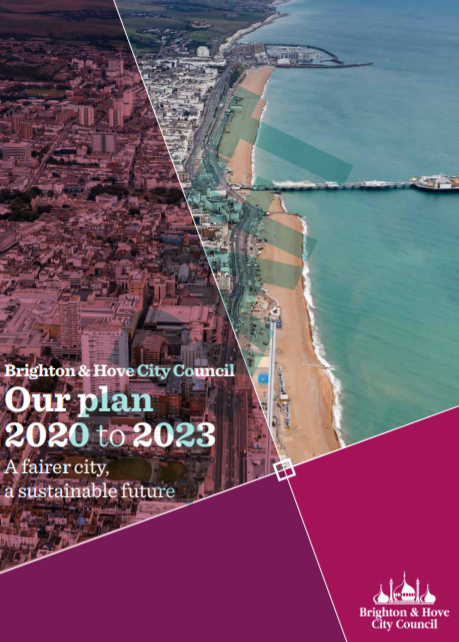 But like Councillor Fishleigh, Green councillor Pete West also criticised the lack of detail in the “thin” document, saying that more was needed to help the public understand the council’s plan.

And he lamented the council’s commitment to a “park and ride” policy, saying that it was at odds with the goal of being carbon neutral by 2030.

Councillor West said: “There is a genuine incompatibility between carbon neutrality and park and ride because it just assumes the perpetuation of large amounts of car travel.

“You can electrify cars. You can say the car is powered by renewable energy sources. But you have to build the infrastructure to support that.”

People had to get rid of their cars and the issue needed to be tackled “head on” with the public at a citizens’ assembly, he said.

Former Conservative group leader Tony Janio, who now sits as an Independent, said: “I am sure the Labour group were trying to dovetail all of this into a new progressive Corbyn government.”

Councillor Janio added: “Go back to the drawing board and start engaging with the new progressive Conservative government and then this document would look a whole lot better.”

Green councillor Steph Powell said that the plan was “broadly positive” but she was concerned about the effect of cuts to youth, transport and mental health services on the council’s ability to deliver its goals.

She said: “I’m under no illusion that these next five years at least will be hard and incredibly challenging. But this city has kept thank goodness two Labour MPs and our Green MP.

“We must continue to work together to mitigate the worst of these cuts, to call upon our MPs for their support in protecting the vulnerable, tackling climate chaos and keeping our city of sanctuary.”

Councillor Platts said in her introduction to the plan: “There are three areas of change that huge numbers of you told us you want to see in the city and they are

“Hearing these repeated to me time and time again by residents reminded me again why I choose to live in Brighton and Hove.”

Councillor Fishleigh said: “This is not a corporate plan. It’s a list of activities with no cost or resource allocation, no timelines, no measures of success with no prioritisation.

“It’s a dizzying array of actions which feels like it was written so that there is something for everyone.

“Some of the things you want to achieve are truly heartening. It’s clear how much you care but some of the activities are also pretty random.

“Let’s go back to basics. Put activities in sections – housing, transport, schools, etc – so that the plan make sense to people outside the council bubble.

“Also, I was disappointed to see that there is no mention of how we can utilise the skills, influence and contacts of our three MPs to bring more investment into the city.

“If I was given this document in my business life, I would send it back for a good edit.

“However, of course, I would be happy to help with drafting an actual corporate plan – or with crafting this document into something more meaningful and useful.”

The council voted to adopt the corporate plan. Labour and Green councillors were in favour, Councillor Janio voted against and the Conservative group and Councillor Fishleigh abstained.