The veteran Brighton DJ Annie Nightingale has been included in the honours list again. 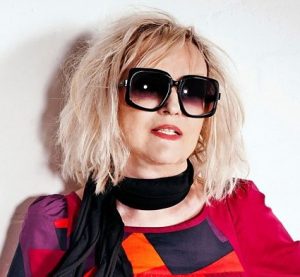 Miss Nightingale, 79, who started her career as a reporter on the Brighton and Hove Gazette, becomes a CBE for services to radio in the New Year Honours List.

Her broadcasting career has spanned almost 60 years during which time she also fronted the Old Grey Whistle Test on BBC TV.

Her husky voice and conspiratorial tone made her a favourite for generations of listeners but to win fame she had to challenge sexism and stereotypes to break through in a male-dominated sphere.

Miss Nightingale, who enjoyed childhood visits to Peacehaven, now lives back in London after having spent the best part of 30 years living in Brighton and Hove.

She is remembered for wild partying during her time here and – like her late Radio 1 friend and colleague John Peel – for playing new sounds for a wider audience.

Her Sunday Request Show – which for many years started after the Top 40 chart show – was popular and long-running.

And as her latest honour shows, she remains a favourite on air and off.