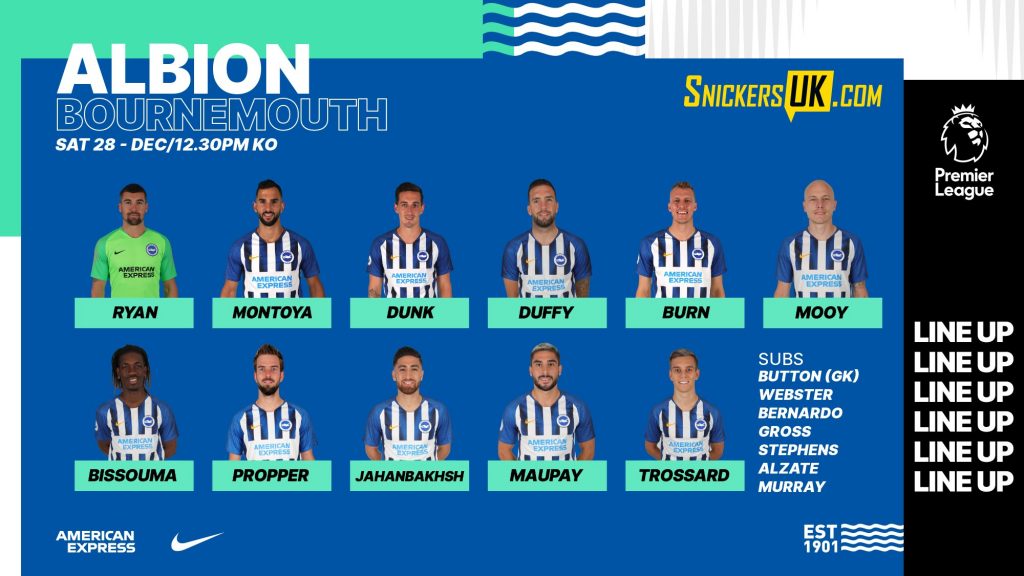 Ali Jahanbakhsh makes a rare start for the Seagulls against Bournemouth in the Premier League match with the lunchtime kick-off today (Saturday 28 December).

Top scorer Neal Maupay returns to the starting line up at the Amex, as do Lewis Dunk and Shane Duffy.

But there is no place in the squad for striker Aaron Connolly.

Both Adam Webster and Dale Stephens drop to the bench.

Glenn Murray is also among the substitutes for the visit of his old club.

Former Albion defender Steve Cook is in the starting line up for the visitors.

And Bournemouth have top scorer Harry Wilson back. The loan signing had returned to parent club Liverpool after suffering a dead leg that kept swelling up.

When the Cherries last came to the Amex, in April, they inflicted a 5-0 thrashing on Brighton in a match when Anthony Knockaert was sent off.

The referee today, Paul Tierney, has yet to show a red card this season.

Both Brighton and Bournemouth are hovering above the relegation zone, each with 20 points from 19 games and a -6 goal difference.