A man died in the street outside a Brighton car park this morning (Wednesday 1 January). 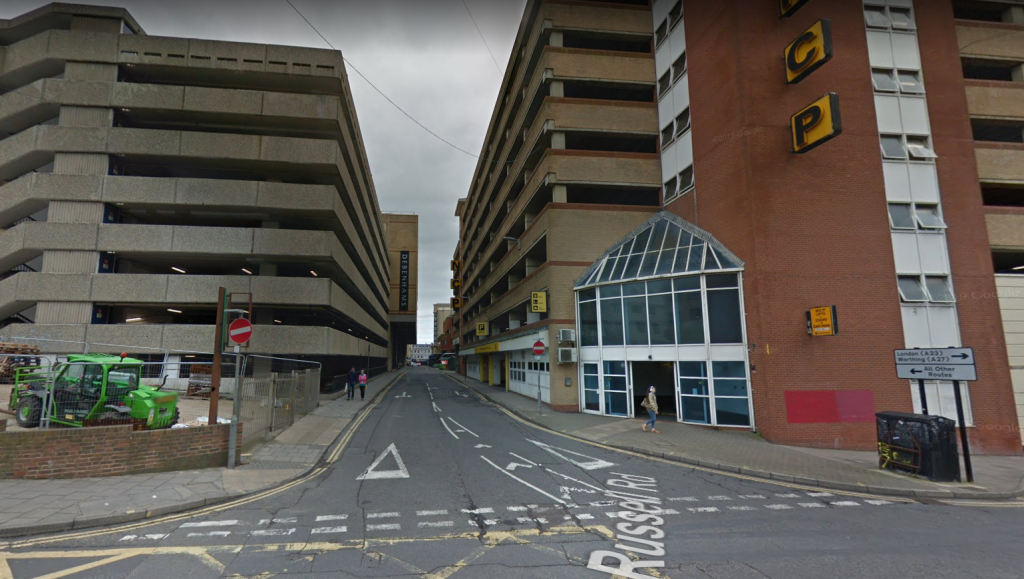 He was found next to the Churchill Square Car Park 2 in Russell Road, near the corner of Cannon Place.

Russell Road, which links West Street and Cannon Place, was closed at the western end after the emergency services arrived on the scene.

The road runs behind the Churchill Square shopping centre and the back of the Brighton Centre,

Shortly before 11am the force said: “At 8.55am a man was found lying in Russell Street, Brighton, by a member of the public.

“Despite the efforts of emergency services, he was pronounced dead at the scene.

“He is believed to have fallen from the top level of the car park.

“And at this time his death being treated as unexplained but not suspicious.”