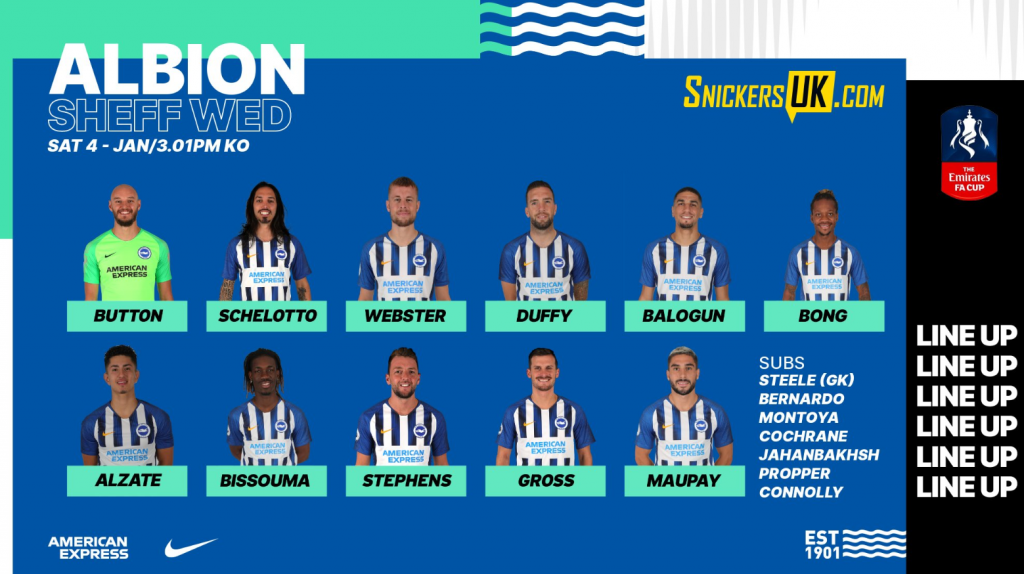 Albion have named a fairly strong starting line up including Dale Stephens and Neal Maupay to face Sheffield Wednesday at the Amex today (Saturday 4 January).

However, Glenn Murray is absent from the squad amid speculation that the veteran striker is on his way out on loan.

David Button will start in goal with Duffy in front of him in defence.

Ali Jahanbabhsh and Aaron Connolly are both on the bench along with Davy Propper.

Ezequiel Schelotto and Leon Balogun join Duffy and Adam Webster at the back, with Dan Burn injured.

Here’s the Sheffield Wednesday line up …