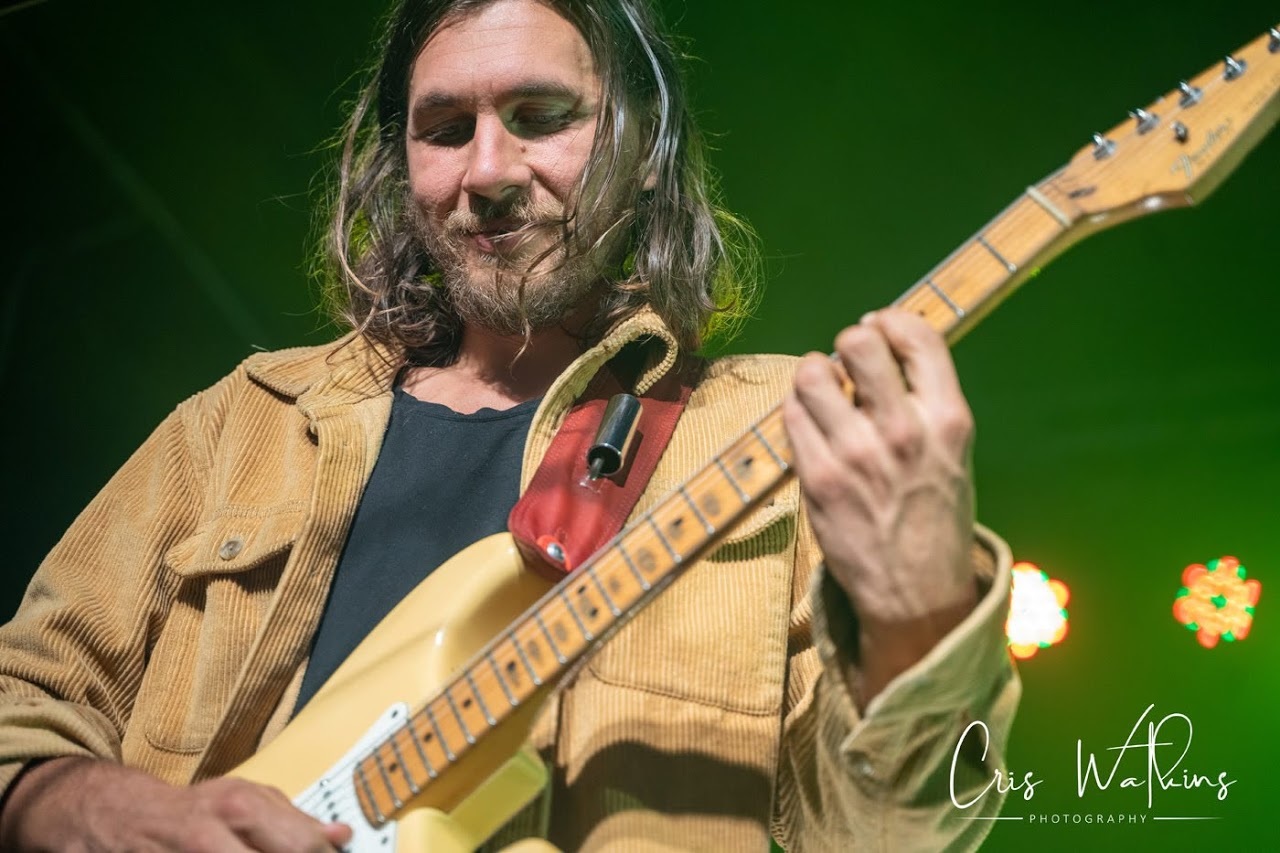 A grey January in Brighton and I had been really looking forward to my second Teskey Brothers gig at Concorde 2, (I had seen them first in September at The Jazz Café in Camden) an exciting start to my 2020 musical experiences, or so I hoped. Sometimes it is dangerous to look forward to an event too much, but not in this case, The Teskey Brothers knocked my thermal socks off! They confirmed themselves as my favourite band du jour with their unique take on bluesy soul and rock, Josh’s searing vocals and Sam’s sensitive guitar breaks.

So, if you haven’t heard of them yet, just who is this Aussie band? The band was formed in 2008 by two brothers, Josh (vocals) and Sam (guitar), along with Brendon Love (bass) and Liam Gough (drums). As with many of their contemporaries, they started by playing at friends’ parties, on street corners and in small venues, in their case, in the Yarra Valley just outside Melbourne. Fast forward to 2017 and The Teskey’s released their excellent first album, ‘Half Mile Harvest’ to great acclaim in Australia; the band were all involved in the album’s songwriting and production at their home studio. In 2018 they won an Australian Levi award which provides financial assistance to new Australian and New Zealand musicians, allowing them to tour abroad… and so it began. 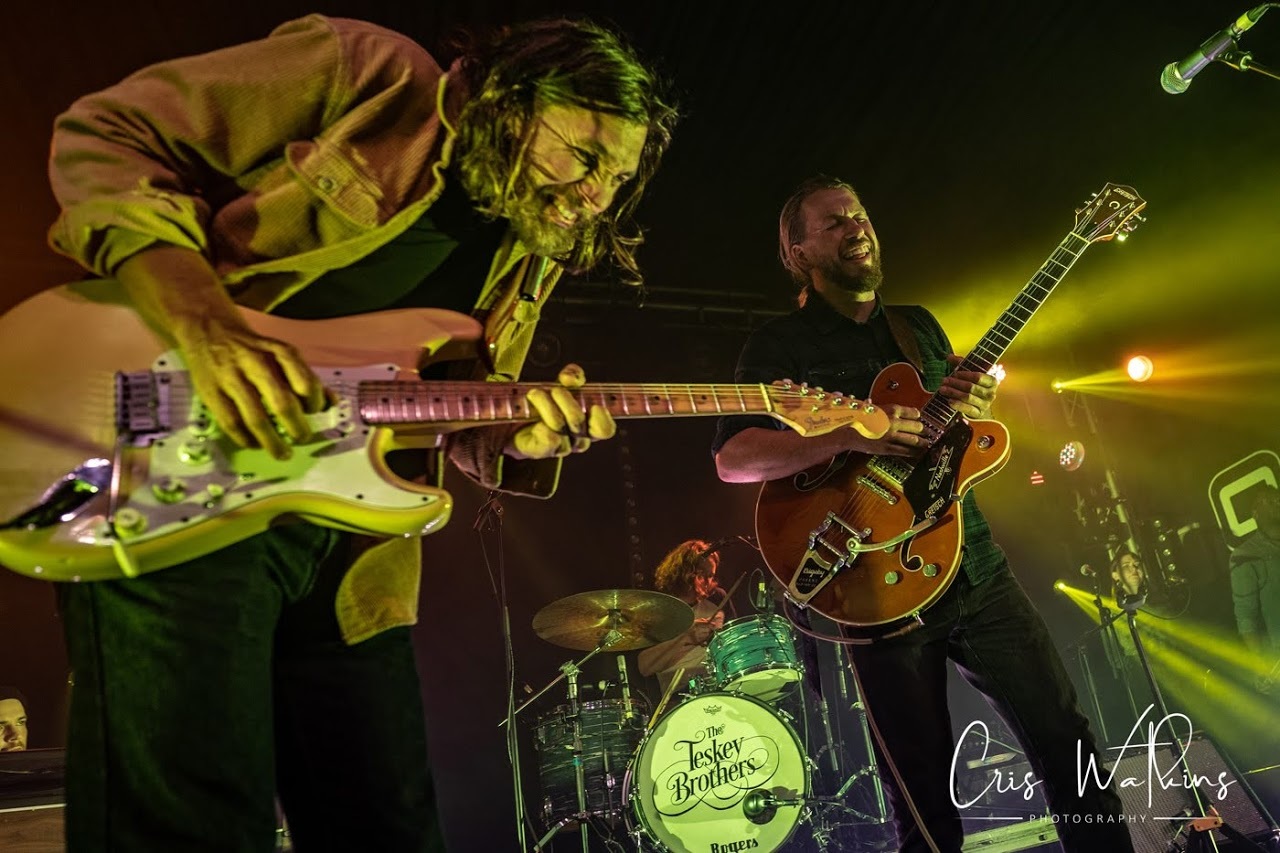 To celebrate my birthday on 2nd August last year, (I jest), they released their great second album, ‘Run Home Slow’. Tonight’s gig was the second night of their current, completely sold-out European tour and their fans arrived early.

Tonight, they started straight into their set with the sublime ‘Man Of The Universe’, swiftly followed by ‘Crying Shame’, Josh’s soulful vocals combining with the excellent swell from the trumpet and trombone and Sam’s lovely guitar playing. The receptive audience were spellbound. This displayed the band’s versatility, they played numbers with their signature blues and soul combination, (‘I Get Up’, ‘To Be Alone’), but also a much more rocky song (‘Paint My Heart’), an old time jazz number, with a great brassy New Orleans feel, ‘Sunshine Baby’, and a funkier song ‘Right For Me’. All styles were played with great elan, passion and skill and kept us riveted, they are a very tight band and all contribute to the song writing, which Josh was keen to explain. Josh and Brendan co-wrote ‘I Get Up’, a song about everyone’s daily struggle to survive, Liam wrote ‘Louisa’, and Sam wrote one of my favourites of the night, ‘Say You’ll Do’.

My other favourite in their mixed set of old and new tunes, was ‘San Francisco’, a lovely soulful multi-layered song originally inspired by the length of time the band spend at airports, it had lovely harmonies to start and then Josh’s emotionally charged voice led us on until his voice faded, pausing for a long time, we had just started clapping, and back he came, finishing the song beautifully. Talking of clapping, The Teskey Brothers enjoy getting the crowd involved, and the enthusiastic crowd added percussion to both ‘Louisa’ and the acapella last song of the evening ‘Hold Me’.

I am sure a lot of new fans discovered just how good The Teskey Brothers are last night. What sets them apart? Well, first and foremost, it is, of course, Josh’s gritty, strong vocals which shine out, combined with Sam’s skillful guitar playing and a great brass section; the drums, bass guitar and Hammond organ all add to the overall sound… and the songs are pretty damn good too. Thank you so much for your music, good luck with your tour (and new additions to the family), please come back soon. 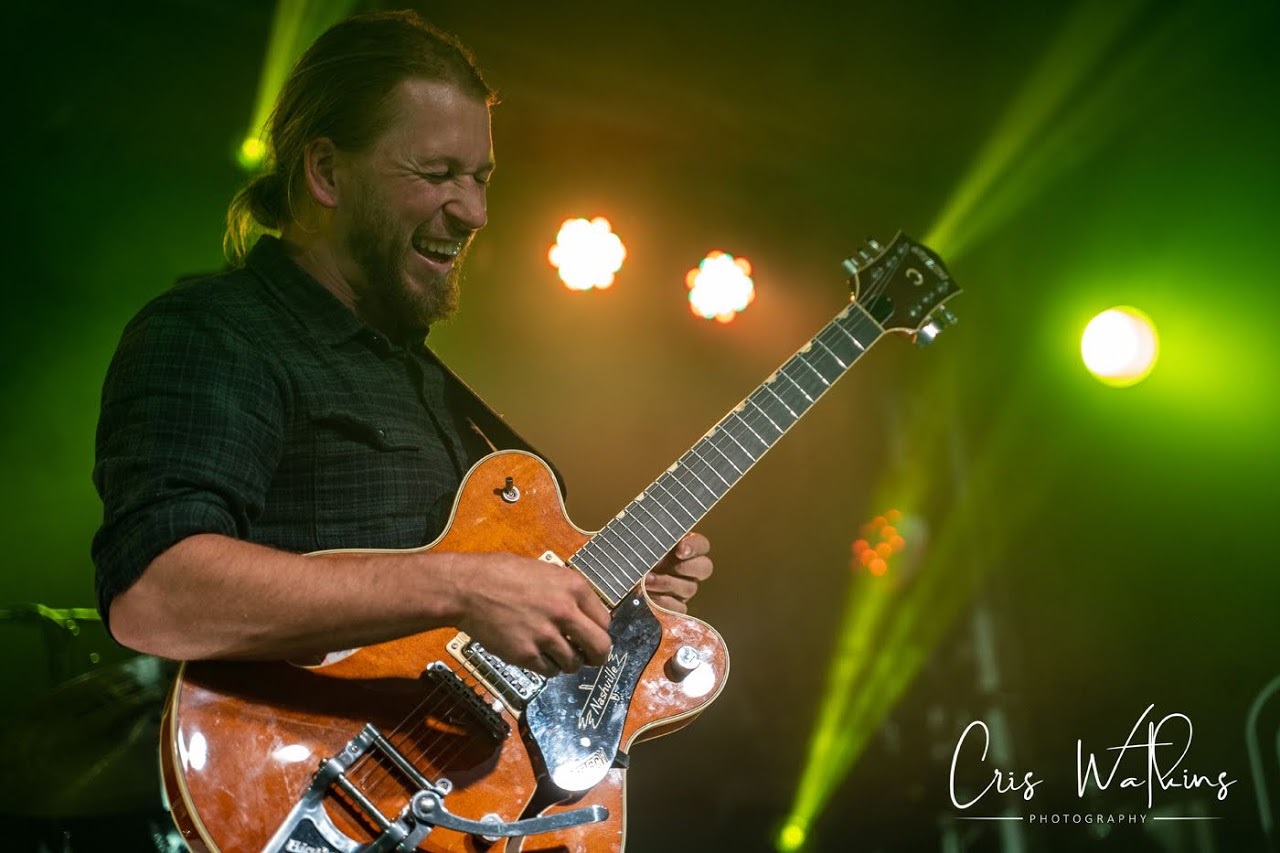 The Teskey Brothers setlist:
‘Man Of The Universe’
‘Crying Shame’
‘Say You’ll Do’
‘I Get Up’
‘Rain’
‘San Francisco’
‘Sunshine Baby’
‘So Caught Up’
‘Paint My Heart’
‘Louisa’
‘Right For Me’
(encore)
‘Pain And Misery’
‘Hold Me’ 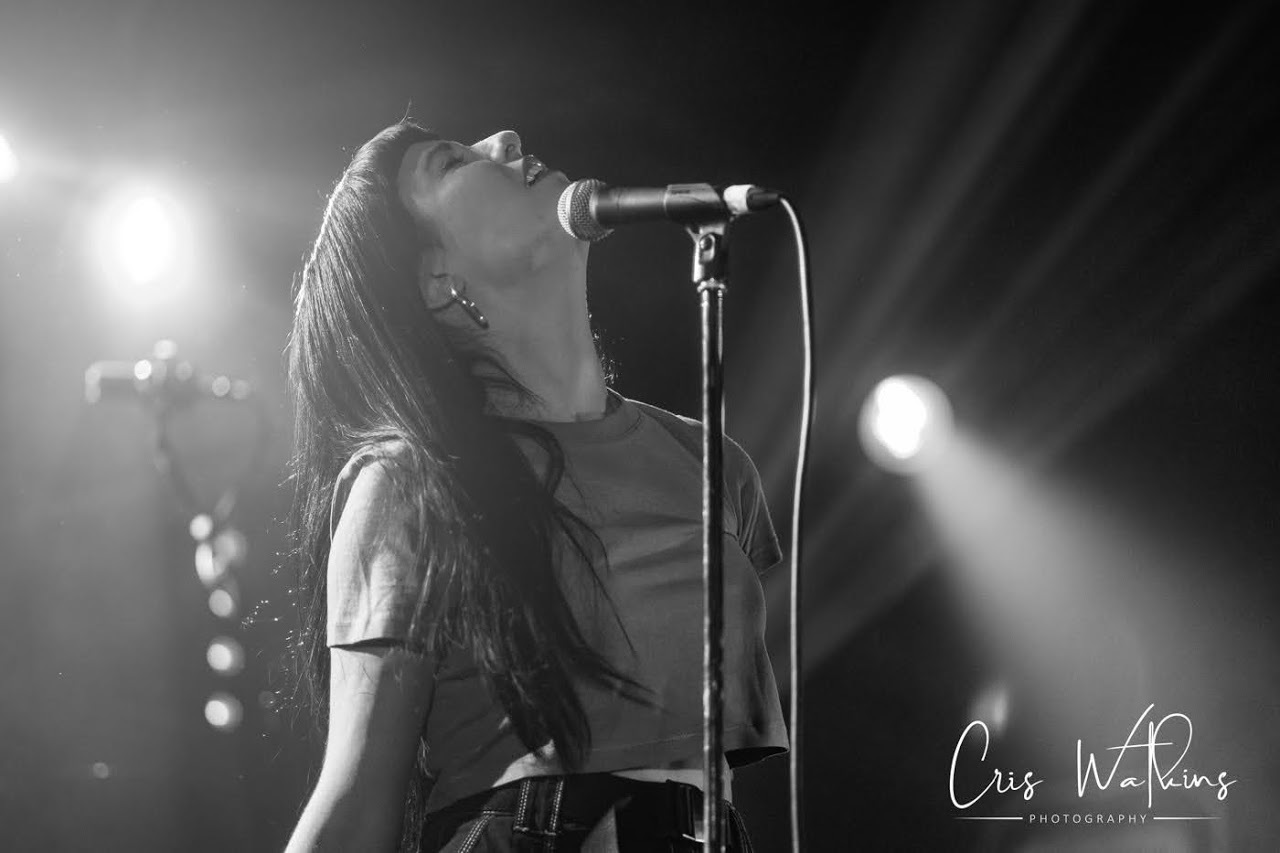 Support:
WILSN is a young, attractive singer songwriter, also from Melbourne, aka Shannon Busch, she is a young, indie power pop singer with an unrelenting big voice. She sang us nine of her very personal songs and seemed very comfortable on stage, especially when the photographers left after three numbers. She was ably accompanied by guitar, keyboards and drums.

‘Do This’ and ‘Home’ are the from WILSN’s new EP. Influenced by big voices like Aretha Franklin, Etta James, Amy Winehouse, Jessie J, and Sam Smith, the singer’s 2015 EP ‘Don’t Give It Up’ racked up over 1.2 million plays on Spotify.

After a lot of industry types gave her conflicting advice, WILSN said “I got to a point where I’d had enough of listening to everyone’s opinions, and I wanted to just make music that I LOVE. Out of that frustration came ‘Do This.’ It’s a very personal and liberating song for me. Singing it is like saying a big ‘f**k you’ to every music industry person who has ever said my music wasn’t good enough.”
The crowd at Concorde 2 were happy with WILSN’s songs and she warmed us up nicely for our main course.

WILSN setlist:
‘Do This’
‘Home’
‘Sweet Thing’
‘Cigarettes’
‘One Of Me’
‘Holding Out’
‘What Are The Chances’
‘Kiss Me Goodbye’
‘Give You Love’ 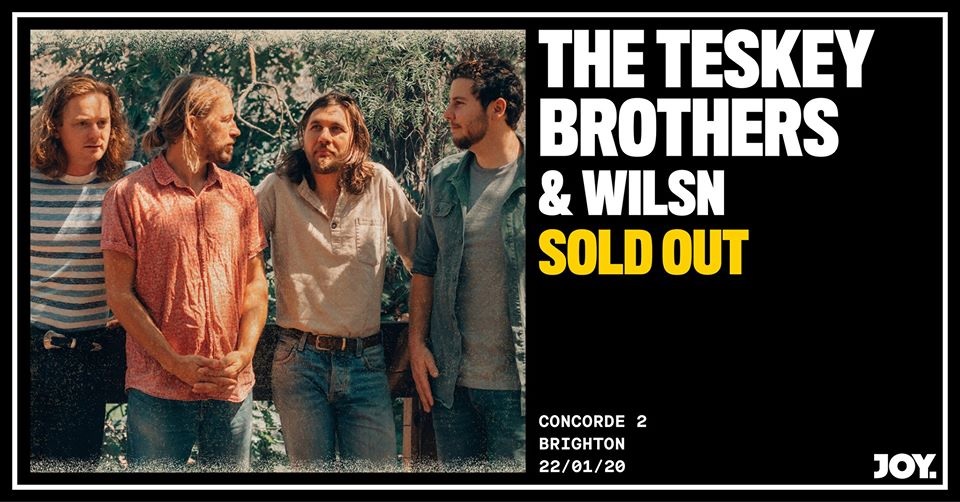