A man wanted by detectives after a spate of burglaries in Hove has been arrested, Sussex Police said this afternoon (Thursday 23 January). 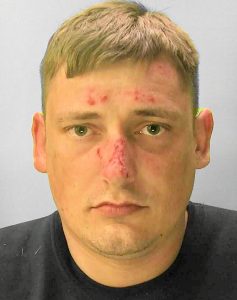 The force said: “A man wanted in connection with a series of burglaries in the Hangleton area of Hove has been arrested.

“He was also wanted on recall to prison following a breach of his early release requirements.

“He is currently in custody for questioning.

“Since (Thursday) 2 January there have been nine reports of residential burglaries within a small area around Hangleton Library, West Way.”

At the weekend two councillors who represent Hangleton and Knoll ward on Brighton and Hove City Council spoke out about the break-ins.

Dawn Barnett and Nick Lewry said: “We are really sorry to be hearing of all this trouble that is going on at the moment in Hangleton. This is shocking for everyone.”

They had been told about burglaries, criminal damage and an attempted car theft.

Councillor Lewry said on Facebook: “I would like to make you aware that Dawn and myself are both on the case we’ve asked for extra police presence up here at different times of the day.”

They urged people to be vigilant and security conscious, for instance, thinking before getting a phone out on the street, checking who’s at the door before answering and being sure to securely lock all windows and doors.