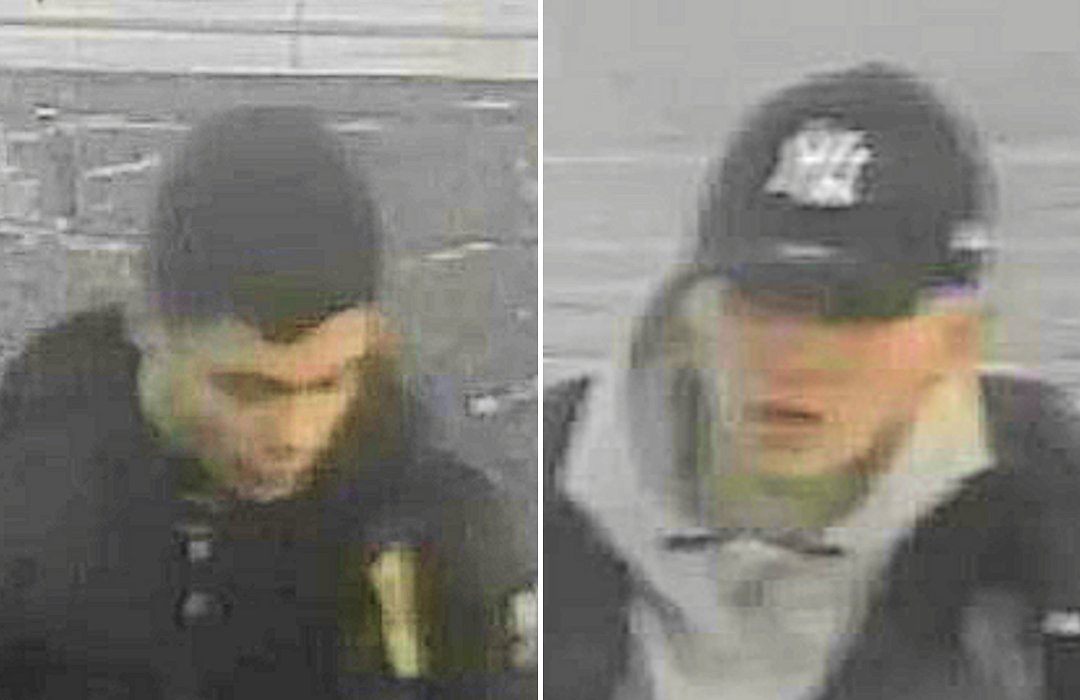 Do you recognise these two youths caught on CCTV acting suspiciously in and around Churchill Square this week?

Police are trying to identify the pair who were spotted around 4pm on Tuesday by security staff on CCTV concealing unidentified items under their coats and generally acting in a manner that drew attention to them.

They were seen to walk on to Cannon Place and up the ramp towards the car park, before returning back down and heading towards Clarence Square.

Police, including a dog unit, responded to the call, but there was no trace of the youths and they have not been identified.

Both were white, aged 16-17 and of slim build. One, who had short black hair, was wearing a black coat, black jeans, black trainers with white soles and carrying a black rucksack.

The other was wearing a black ‘NY’ hat, grey hoodie, black coat, black trainers, wearing a rucksack and carrying a white H&M bag.

Anyone who recognises them is asked to report online or call 101 quoting serial 936 of 21/01. Alternatively, you can contact the independent charity Crimestoppers anonymously on 0800 555 111.