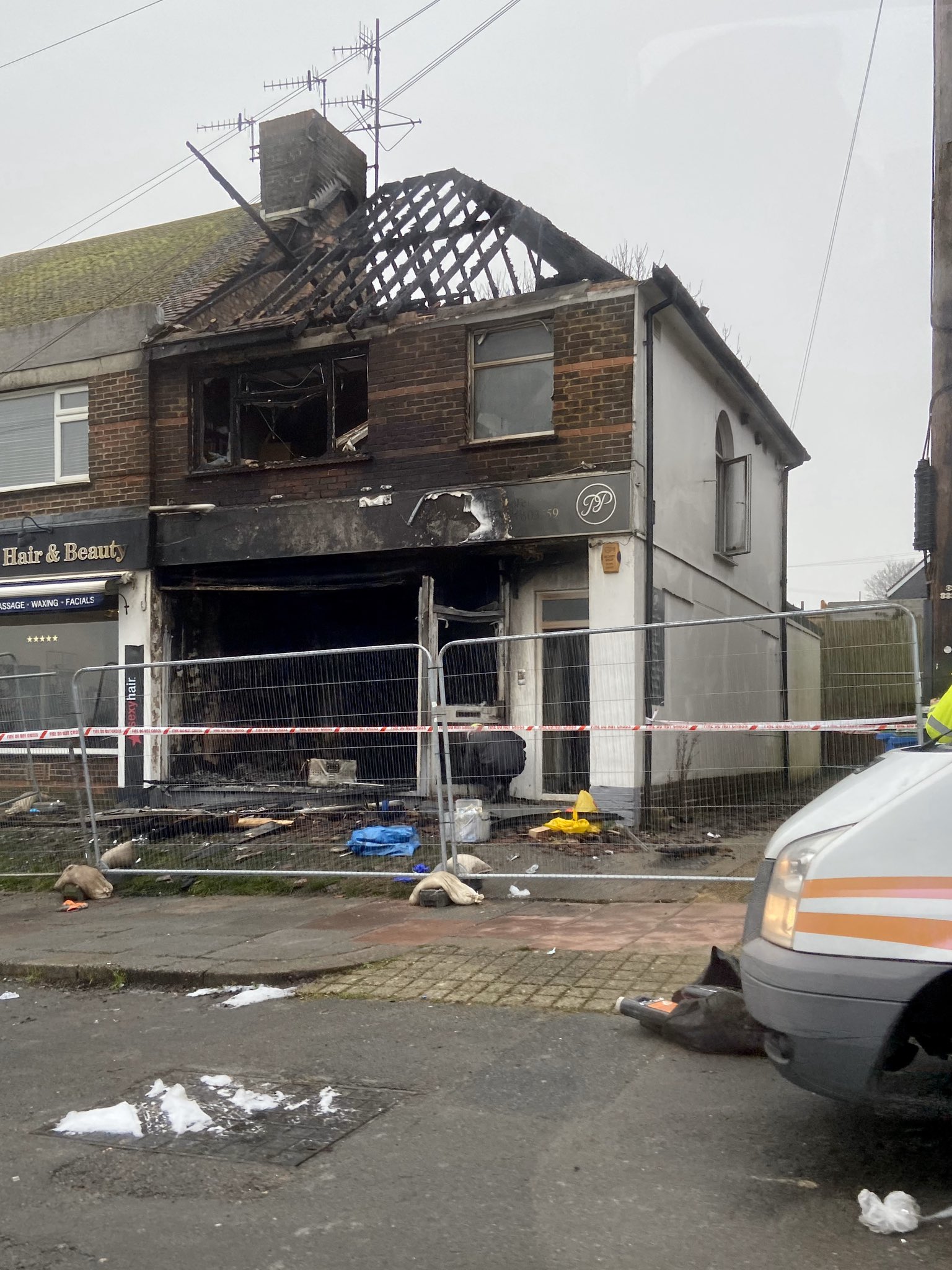 The aftermath of the blaze at Pretty Pascalle in Woodingdean. Picture by @OBDroning on Twitter

A man has been arrested after a fire which destroyed a beauty salon in Woodingdean in the early hours of this morning.

The blaze at Pretty Pascalle in Warren Road engulfed the building and the road was closed as eight fire crews battled the flames.

Firefighters were first called just before 4am this morning and neighbours were evacuated. It took almost two hours to get the blaze under control and the road did not reopen until about 9,30am.

Both the salon and the office space above were seriously damaged.

Chief Inspector Rachel Swinney, from Sussex Police, said: “Both premises are used as a business and it was fortunate that no one was inside at the time of the fire.

“We are treating the fire as deliberate and targeted and would like to hear from anyone who may have information to assist our investigation.

“Did you notice anyone acting suspiciously in the area before the fire broke out?

A 27-year-old man from Brighton has been arrested on suspicion of arson with intent to endanger life and making threats to cause or destroy property.

Police said that he remained in custody at this time and the investigation was continuing.