Self-employed people are falling through the gaps when it comes to support from the government during the coronavirus crisis, according to people taking in an online business summit.

Small businesses, freelancers and the self-employed can currently claim a variety of support during the coronavirus crisis.

But the government’s commitment to pay 80 per cent of profits sees small business owners who earn money from dividends miss out.

Other workers falling through the cracks are people who take a series of short-term pay-as-you-earn (PAYE) contracts, those new to self-employment and women on maternity leave.

At an online summit organised by Brighton group The Projects, a members club for freelancers and small businesses, freelance representatives raised their concerns about how people would cope.

Wired Sussex managing director Phil Jones said that many of its members were worried about their future.

The organisation supports the digital and technology sector in the city and has 500 to 600 freelancers among its members.

Mr Jones said that it was initially a “terrible failing” of the government to forget freelancers when it came up with support packages for businesses furloughing staff during the lockdown.

Wired Sussex was one among many organisations to lobby the government to offer support for the self-employed, which it did in a matter of days.

Despite the government’s response, Mr Jones said that a survey of Wired Sussex members, with 274 responses, found just a quarter thought that they would survive.

The biggest worry is the delay in financial support until June.

Mr Jones said: “Banks need to give interest-free loans. There are people worried they will fall through the gaps of the scheme.

“Sixty per cent expect to suffer hardship as the government announcements do not cover them.

“They’re going to miss rent and mortgage payments or are not able to cover their family’s basic needs.

“We need to identify the challenges and work together.” 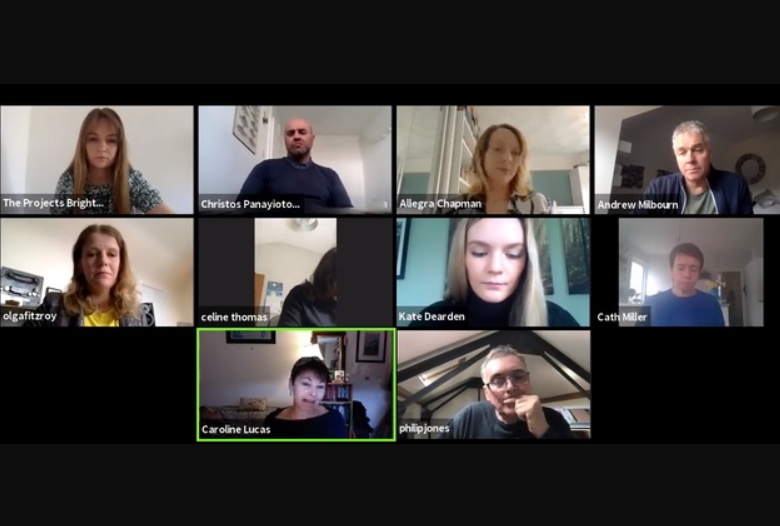 Allegra Chapman, director of Brighton Digital Women, said that it was a stressful time for the organisation’s members but it had a positive outcome for some.

The positives included a “levelling of the playing field” as partners take on more childcare.

Companies that previously opposed flexible working have had to backtrack, which Ms Chapman hopes will continue after the lockdown ends.

Women were still struggling to juggle childcare and full-time work if their partners did not help or they were single parents.

Ms Chapman said: “They’re worried that if they cannot perform brilliantly under these impossible circumstances, they may lose what income they still have.

“It’s a stressful time for a lot of women.”

She hit out at the language used to describe the self-employed, with suggestions of tax-dodgers sitting in pyjamas.

“There are suggestions we’re fiddling tax returns which is offensive to people working hard and paying into the system.

“The Chancellor said it would be difficult to justify the difference in tax and national insurance for the self-employed.

“But we don’t get sick pay, maternity cover, carers allowance and holiday pay. We don’t have the same protections.”

Brighton Pavilion MP Caroline Lucas said that her team was overwhelmed by the concerns raised by freelancers and the self-employed.

She said that it underlined how freelancers and small businesses were a thriving and essential sector in the city.

The Green MP said: “Our job is to highlight areas that are not thought through when the scheme was designed, but it was designed very quickly.

“We are deeply concerned there is a range of people who are not covered by the self-employed package and need to be.

“We need to hear about the gaps, people have to wait until June and there are problems with universal credit.

“I’m glad they did it, but our biggest concern is for people who fall outside the rules.”