A Brighton man has been jailed for a year after he attacked three police officers, a police community support officer (PCSO) and a security guard.

They were trying to help him after he was injured in a fight – but he turned on them and hurled racist abuse.

Carl Nicholson, 51, spat at one of the officers, saying that he had HIV. And he flicked a bit of his skin at the PCSO, telling her that he had scabies and would infect her.

Nicholson, a homeless man who had been staying at the Britannia Hotel, at Mitre House, in Western Road, Brighton, was jailed earlier this week by Brighton magistrates.

After Nicholson was attacked and injured in Western Road, a PCSO went to help him when she found him in Preston Street.

Sussex Police said: “When the officer and two security officers told Nicholson that an ambulance had been called so he could have medical treatment for a cut to his head, he swore and shouted at them and refused to co-operate.

“He then shoved one of the security officers in the chest and when a police officer arrived to arrest him, he grabbed her and tried to headbutt her.

“He then flicked body skin towards the PCSO saying that he had scabies and told her that he was going to infect her with it.

“Nicholson, who was still resisting officers, was taken to the Royal Sussex County Hospital to be checked over by medical staff for the injury to his head.

“After receiving treatment, while being escorted in a prison van back to custody, he told another police officer that he had HIV and spat at him and then tried to headbutt him.

“He then kicked a police sergeant and made racist comments towards the officer he had spat on.”

The magistrates told Nicholson that he was being given a 12-month prison sentence because the offences were so serious.

They had been committed in public during a pandemic and had taken a number of emergency workers and a security guard away from other duties. 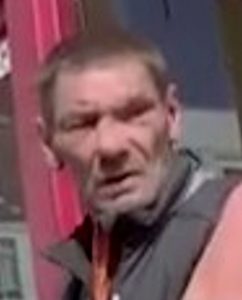 Nicholson was ordered to pay a victim surcharge of £156 but not costs or compensation because of his limited income.

He attacked Sergeant Redbourne, PC Lam, PC Egleton and PCSO Baker on Friday 24 April and was jailed on Monday 27 April.

Superintendent Rachel Swinney, who is based in Brighton, said: “Our officers, staff and other security guard workers should not have to deal with being assaulted while carrying out their duties to protect the public.

“In this case they were actually trying to get help for a man who had been injured.

“Instead they were faced with violence, abuse and the threat of contamination which was despicable and obviously distressing.

“We hope this conviction goes to show that any such behaviour will not be tolerated.”