Thug with the face tattoos goes back to prison

A thug with tattoos over his face and neck has been arrested by police and returned to prison. 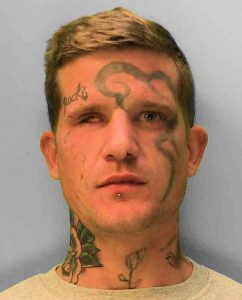 Ryan Breach was wanted for recall to prison after the probation service said that he had failed to comply with the terms of his early release.

Breach, 30, was banned from Brighton and Hove in September last year after he was convicted of smashing up a Mini car and having a knuckleduster. 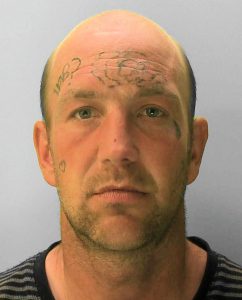 “The 30-year-old was released from prison on licence on (Friday) 24 April part of the way through a 10-month sentence for battery and assault.

“However, he failed to comply with the terms of his licence.

“Following an appeal for his whereabouts, Breach was arrested in Bognor Regis on Thursday morning (7 May) and has been recalled to prison.”