A man who was arrested for having a knife in a public place in Brighton appeared in court today (Tuesday 26 May). 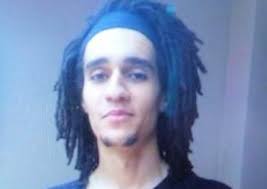 Joshua Toussaint, 25, of Brunswick Place, Hove, was remanded on unconditional bail to reappear in court on Friday 10 July.

Toussaint was arrested on Sunday night (24 May) opposite Mitre House, in Western Road, Brighton.

Sussex Police said: “Police were called to Western Road at 10.20pm on Sunday (24 May) to reports of a man in possession of a knife.

“No injuries were reported.

“Joshua Toussaint, 25, unemployed, of Brunswick Place, Hove, was arrested and later charged with being in possession of a bladed article in a public place.

“He appeared at Brighton Magistrates’ Court on Tuesday (26 May) where a next court appearance was scheduled for (Friday) 10 July.”