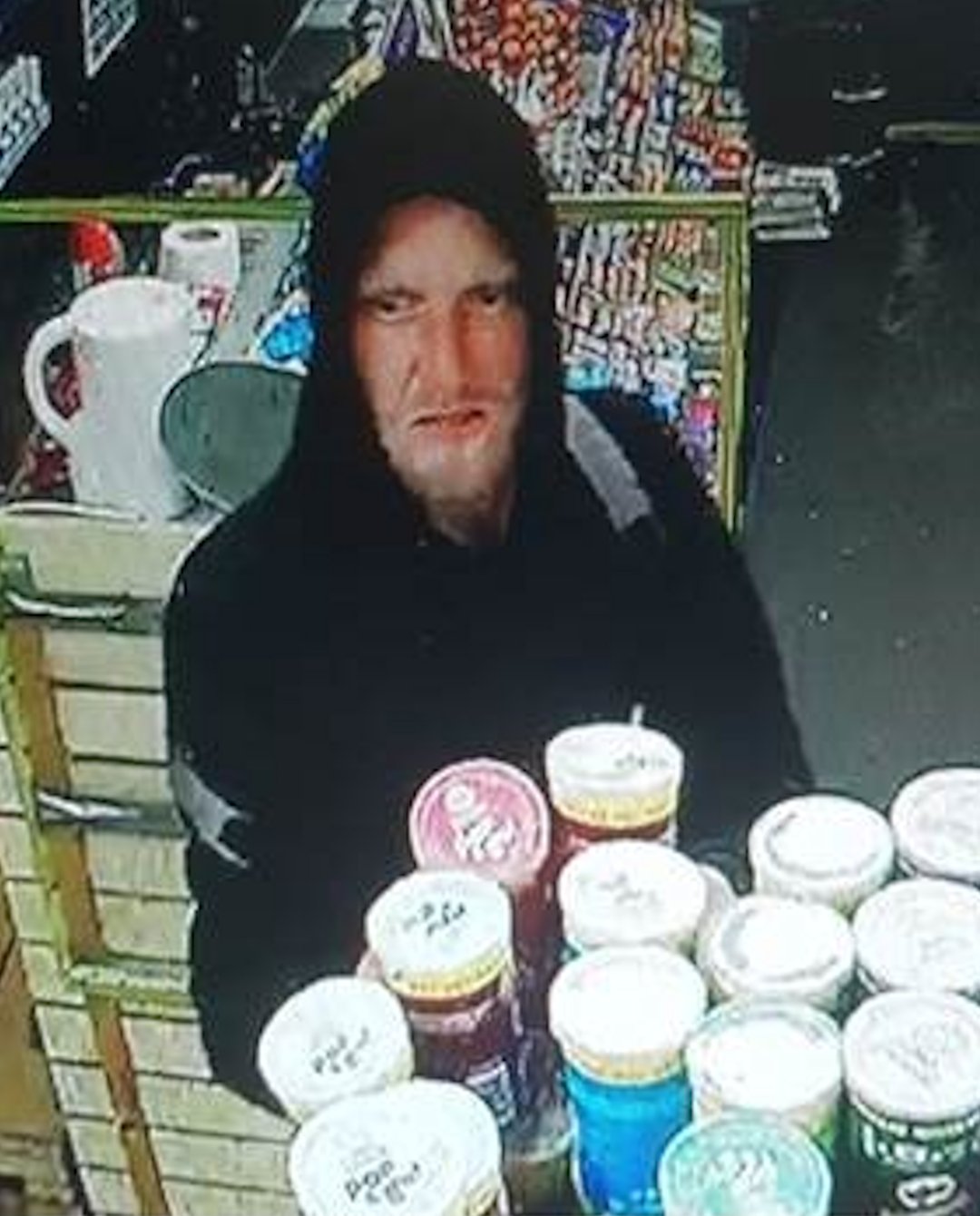 A knifeman attempted to hold up a convenience store in the early hours of Friday morning – but after a fight with the cashier, he escaped with just a can of Pringles.

Officers were called to Three 2 Four convenience store, in Western Road, at 4.23am on Friday (29 May) to reports that a man had entered the store with a knife and was demanding money.

There was a brief physical altercation between the man and a store employee, which resulted in the staff member suffering a minor hand injury.

The man then left the shop and headed east along Western Road.

Police believe the man pictured could help with their inquiries.

He was described as white, about 35 years old, with blond hair and facial hair.

He was wearing a black hooded jumper with a large white Nike tick on the front, black trousers and black New Balance trainers with a white trim at the bottom, white logo and white laces.

He also had a black rucksack which had grey straps over both shoulders.

Anyone who recognises him, or who has any other information about the incident, is asked to contact police online or by calling 101 quoting serial 193 of 29/05.