The RNLI Brighton lifeboat crew rescued a man who was caught out at sea on a toy inflatable boat late last night (Tuesday 21 July). 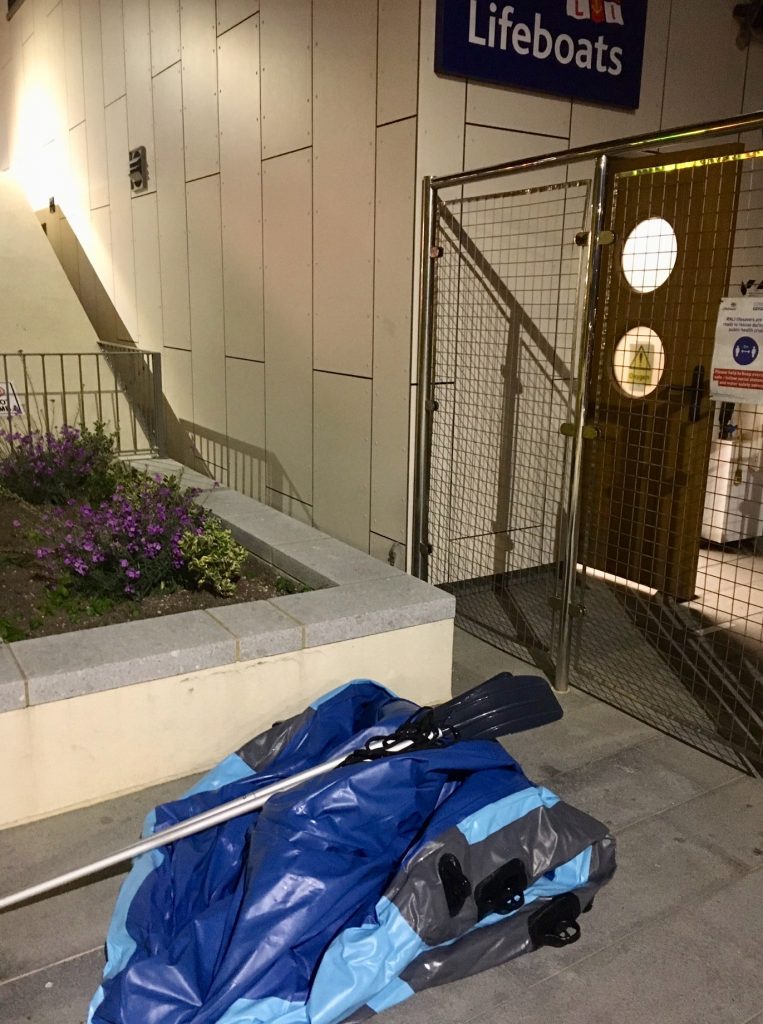 The ill-equipped sailor, who was believed to have been drinking, did have a paddle – two, in fact – as he drifted in a toy boat from Lidl.

But he was a couple of hundred yards offshore between Brighton Marina and the Palace Pier when he found himself in difficulty at about 11.20pm.

The RNLI said that the man had no safety equipment and no way of calling for help other than a mobile phone.

RNLI operations manager Roger Cohen said: “The RNLI and the coastguard have been working together to encourage better safety during the current pandemic and to heed advice from the coastguard.

“We would urge people to wear a life jacket, carry flares and have a radio.

”We wouldn’t expect people to be afloat on the sea at night, unequipped and in this type of craft.”

When the crew returned to the RNLI boathouse at Brighton Marina, the man was handed over to an ambulance crew from the South East Coast Ambulance Service (Secamb).

Launched at 23.22 to a report of a male in an inflatable, 200m off the Seafront. Person was unable to return to shore. @rnli volunteers found person and returned him to Boathouse – into care of @SECAmbulance .Always carry safety eqpmt/means of calling for help.#respectthewater pic.twitter.com/Zen2IXSrBO