Man rescued from sea off Hove by lifeboat crew

A man in distress was rescued from the sea off Hove by a lifeboat crew from Shoreham RNLI. 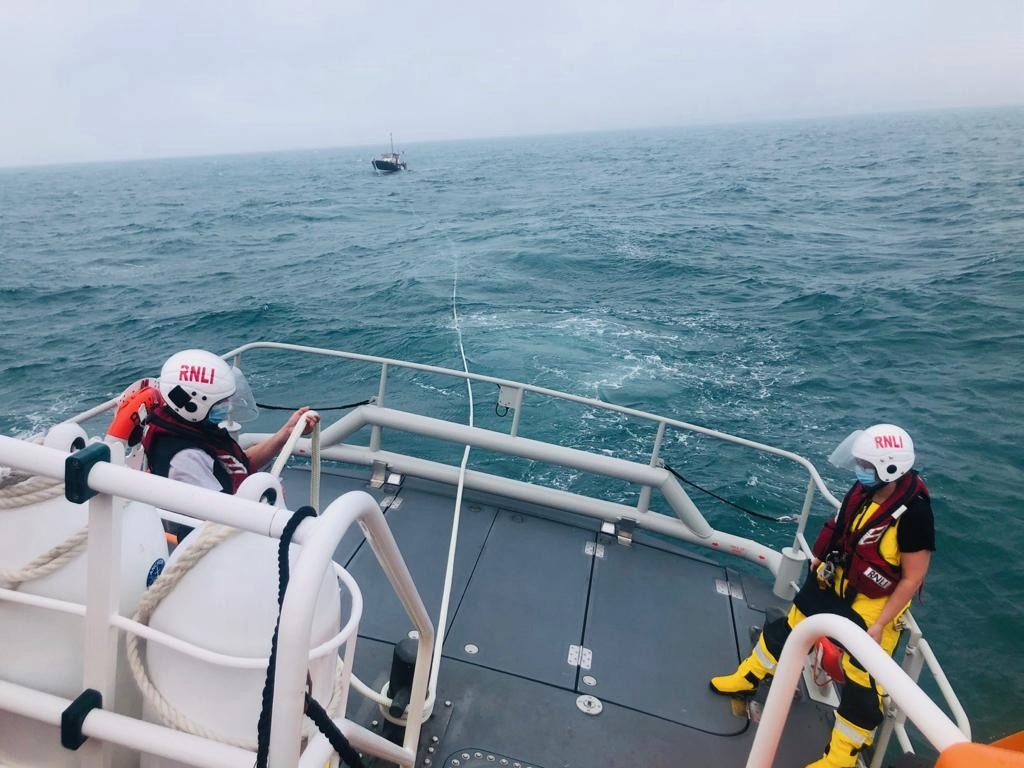 The crew pulled him from the water and took him ashore where he was handed over to the care of ambulance paramedics, Sussex Police and the volunteer Shoreham Coastguard team.

The rescue – at about 6.20pm on Thursday (23 July) – was one of three callouts in three days, with five people rescued, Shoreham RNLI said today (Sunday 26 July).

Two more callouts followed yesterday, with the all-weather lifeboat from Shoreham sent to search for broken down boat which had suffered an engine failure.

The 13-metre boat was drifting off Worthing in windy conditions at about 7.25am with two people on board.

After it was located, a tow was set up and it was taken into the safety of Brighton Marina as low tidal conditions prevented it from being taken to Shoreham Harbour.

The all-weather lifeboat was sent out again yesterday, at 3.35pm, to a Zapcat vessel which had broken down and was drifting close to the shore just east of Shoreham Harbour.

The vessel, with two people on board, had capsized and self-righted but had also suffered an engine failure.

The lifeboat crew found it towed it into the harbour and up the river to Emerald Quay.

Shoreham Lifeboat operations manager Peter Huxtable said: “It has been a busy few days for our lifeboat crews who have responded to a variety of calls in different weather conditions and have saved the life of the man in the water and rescued four other people.”