A caravan went up in flames on Hove seafront this evening (Sunday 23 August).

The blaze was captured in a brief video clip before firefighters turned out.

Little was left of the caravan once the flames were out by about 8pm.

No one was reported to have been hurt in the blaze.

Several people called East Sussex Fire and Rescue Service about the fire in Kingsway, opposite the bottom of Erroll Road and near the BP petrol station at the bottom of St Leonards Gardens. 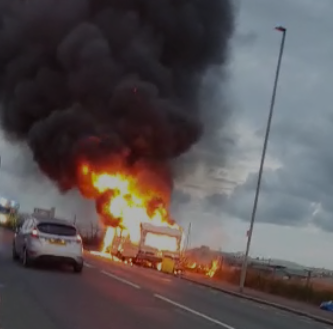 Councillor Robert Nemeth, who represents the area on Brighton and Hove City Council, said: “I was helpfully informed as soon as the fire started so immediately attended the site to see that residents were safe and to provide background information to the police.

“It is not my belief that anybody was hurt.

“I salute the fire, ambulance and police services for attending the scene so quickly and hope that it is quickly established exactly what happened.

“I had been reporting this caravan to the council for some time and will be questioning why it was not moved earlier.” 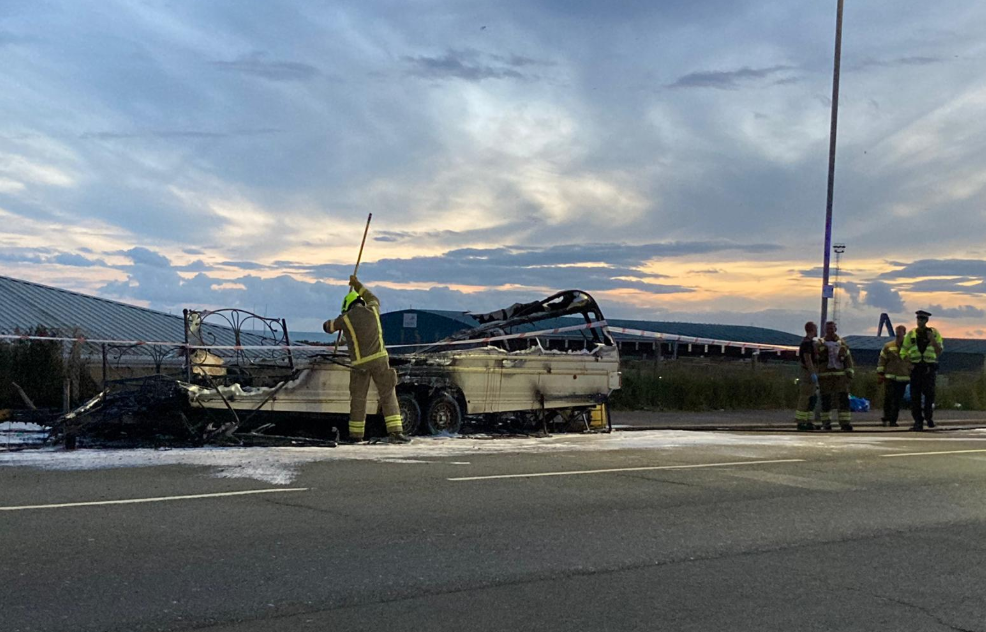 The caravan has been the subject of a number of complaints by neighbours and is understood to have been reported to the council’s abandoned vehicles team.

A notice affixed to the vehicle, saying that it had been reported as abandoned and was due for removal in just under a fortnight, had been ripped off. 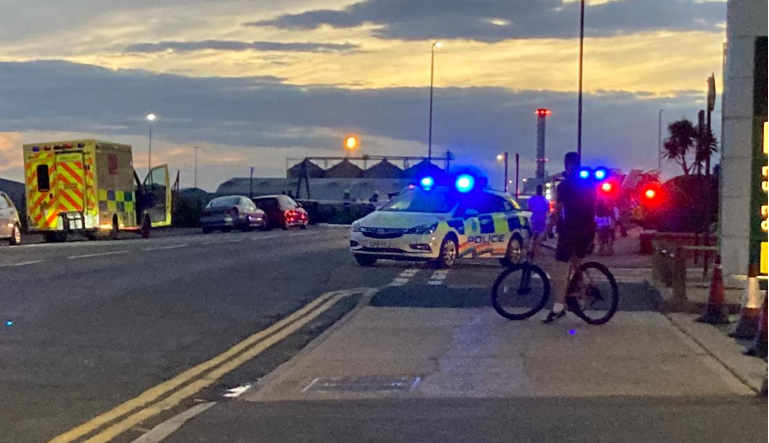