The war that was forgotten again

The council has special responsibilities when it comes to remembering our past, looking after our war memorials and commemorating the service of our veterans.

Councils are responsible for organising and facilitating remembrance events and marches, maintaining and cleaning memorials and the surrounding grounds and for engagement with veterans and their groups to ensure their access to these events.

The state of the city’s main war memorial – the Old Steine War Memorial – on the 75th anniversary of VJ Day on Saturday 15 August, reported in Brighton and Hove News, was terrible for a number of reasons.

First, it was a terrible message to send to the veterans in our city.

The chairman of the Brighton and Hove Royal British Legion, Councillor Mary Mears, who attended with her standard bearer to lay a wreath, said that one of the veterans who attended was very upset and couldn’t understand how the city could leave the memorial in such a state ahead of such an important event.

It is awful that the city has made veterans feel like this on such an important day. They are just as much a part of this city as any other group and shouldn’t be made to feel like they are an afterthought.

Second, as Councillor Mary Mears has said, the city’s war memorial should always be kept clean. It is not something that should only be done once or a couple of times a year. The memorial should be a source of civic pride and upkept accordingly.

There are nearly 3,000 names on the war memorial – citizens who paid the ultimate price to protect our country and our city’s freedom. The least they deserve is our gratitude and respect.

Third, and perhaps most importantly, it suggested that the council had completely forgotten about the date and its importance.

In its statement the council said the 75th anniversary of VJ Day even wasn’t on the city’s schedule of events for this year, even though this was a national event.

This is what is upsetting to veterans more than anything else.

It wasn’t just the fact that the war memorial was in a state of disarray for VJ Day 75, it was that no one at the council had even thought about the occasion.

We say every year, “We will remember them.” But this year the council forgot them.

Ironically, VJ Day is often referred to as the “Forgotton War” – and this year it was certainly forgotten by our council. 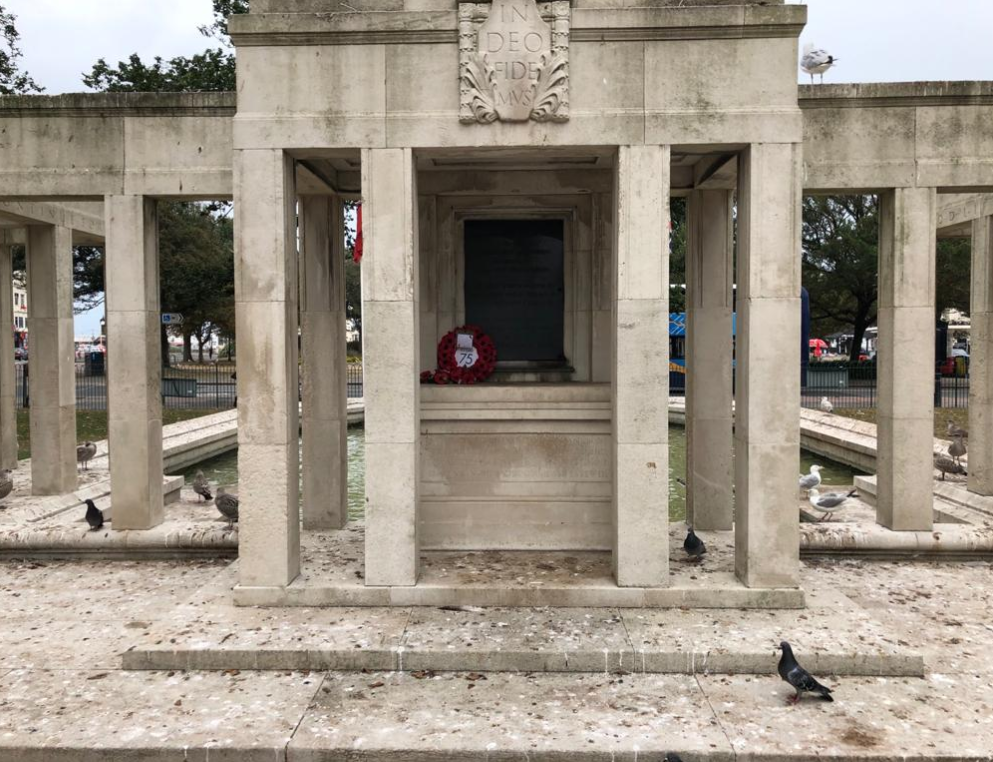 If all this was not bad enough, concerned groups recently found out that the council had plans afoot to remove several grassed areas at the Old Steine War Memorial and replace them with beds of local wild flowers as part of the Valley Gardens Phase 3 project.

One local group made contact to say how horrified they were at this proposal from the council.

The grassed areas which the council plans to replace with wild flower beds are used at remembrance services both for the seating of participants and spectators, including veterans and dignitaries, and for the band to set up and play. How would a remembrance service work under these new plans?

Perhaps these schemes are being formulated by people who have never attended a remembrance service.

As a veteran myself, I fully understand the anguish of those who felt forgotten.

Their stories need to be told, they need to be remembered and respected. By understanding the past, we value the freedoms we have.

We have to proudly maintain our city’s Old Steine War Memorial. Not to glorify war but to remember it.

We all need safer streets – and that means making changes