From the Brighton Railway Disaster to a mass burial pit

Why is a book set in Lewes being reviewed on Brighton and Hove News? Please bear with me while I explain.

Jane Hasler is a former Brighton resident, while sadly co-author Nick Cole passed away before this book was published.

Together, they organised a ghost walk around Lewes and this book recreates the route with all the spooky revelations thrown in.

The only tale that isn’t set in the East Sussex county town took place near the Newmarket Inn, between Brighton and Lewes.

On 6 June 1851, the 12.05 Brighton to Lewes train plunged over a bridge, with the fireman, driver and three passengers killed.

The cause of the Brighton Railway Disaster, as it became known, was found to be a railway sleeper placed on the line.

A reward was offered to catch the “delinquent” responsible. James Boakes, aged only 10, was the main suspect in the crime – but nothing was proved.

In a strange twist, Boakes died a year later when he was struck by lightning only yards from the scene of the accident.

Returning to Lewes, the book takes you around most of the town, pointing out 36 spooky tales in all, while taking in a number of pubs on the way.

Other fascinating facts in the book include the 1844 discovery of a mass burial pit containing bodies from the Battle of Lewes in 1264 as well as little-noticed landmarks such as the Pin Well – and how the Snowdrop Inn got its name (hint: it’s a lot more gruesome than flowers).

Alongside these historical snippets, numerous shifty tales of ghostly goings on are recounted.

As a number of these spectral appearances took place in pubs, Legends of Lamplit Lewes makes a fine companion for anyone wanting to learn more about the town’s history, discover spots they may have failed to notice and enjoy a few pints of Harvey’s along the way (other beers are available). 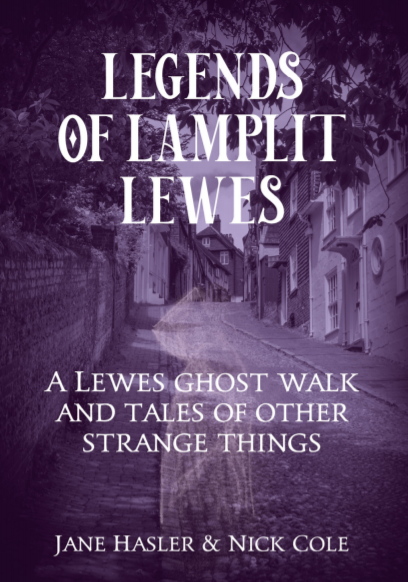