A councillor who described the number of rough sleepers as “fake” has been found to have breached Brighton and Hove City Council’s “code of conduct” by a “standards panel”.

Conservative councillor Robert Nemeth left a comment under a post about the figures on the Brighton and Hove News Facebook page 18 months ago, prompting a complaint from Labour councillor Daniel Yates.

Councillor Yates was leader of the council at the time and now chairs the council’s Audit and Standards Committee although he had no involvement in the standards panel hearing last week.

The Facebook comment said: “All councillors know that the figures are fake. I’m surprised that the administration is prolonging this story by trying to keep up the deception.”

The rough sleeper count for the previous year had been reached using a different method.

But Councillor Nemeth had not made his point clearly and had instead “indicated a degree of deliberate falsification of the figures which was quite clearly not the case”.

The panel said today (Tuesday 29 September) that he had brought his office as a councillor into disrepute and failed to co-operate with the investigation of the complaint.

But Councillor Nemeth hit back, accusing Labour of reporting those who “highlight their fake figures on a serious issue” but not “those who make comments which the Jewish community finds deeply offensive”.

The panel, which included one councillor from each of the three main parties, said: “Councillor Nemeth is requested to discuss with the Conservative group leader, who will be contacted separately by the panel, Councillor Nemeth’s choice of language and the impact of it when publishing his views on social media, with the aim of avoiding further breaches of the code where the authority may be brought into disrepute.

“Councillor Nemeth is requested to work with the Conservative group leader to assist Councillor Nemeth to understand and reflect on the importance of ongoing co-operation with the standards investigation process, not least to reduce the cost to the council of managing and conducting these proceedings and also to ensure public confidence in the process is not undermined.”

The panel said in its decision notice: “It was noted by the panel that councillors were judged to a higher standard of behaviour than ordinary members of the public in view of their role and influence as elected representatives and their commitment to the Nolan Principles of Public Life and Brighton and Hove City Council’s Code of Conduct for Member, which all councillors formally sign up to upon election.

“The panel found that the language used by Councillor Nemeth did not meet the standards expected of an elected councillor.

“To allege that figures were ‘fake’ indicated a degree of deliberate falsification of the figures which was quite clearly not the case.

“The figures followed an approved methodology and were properly collated following that methodology and independently verified both on the night and subsequently by an internal audit that was requested by Councillor Nemeth and colleagues.

“At the panel hearing Councillor Nemeth and his witnesses objected to the comparison that was made between these figures and those of the previous year.

“The panel also found that the suggestion that ‘all councillors’ knew of a deception suggested an active participation on the part of all councillors to cover up information.

“Again, it was clear from the hearing that in fact what Councillor Nemeth was objecting to was the use that was made of this data and not that the data was wrong or inaccurate.

“The panel did not accept that any or all councillors had taken part in a deception and found that to suggest this brought the authority into disrepute.

“At the hearing Councillor Nemeth and his witnesses dismissed his use of language as hyperbole. He has also continued to repeat the same allegations recently, using the same language. 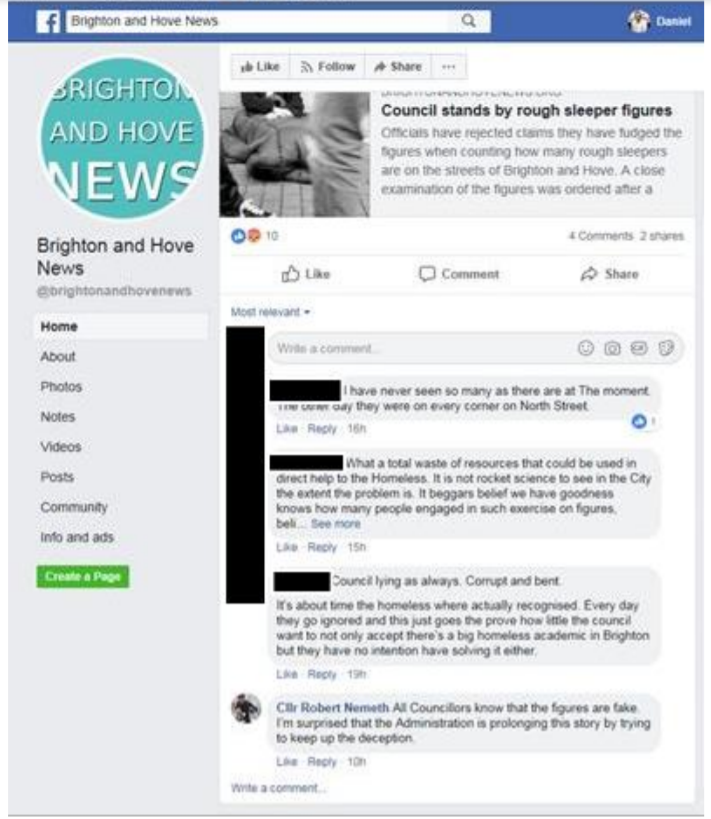 “The panel is disappointed that Councillor Nemeth has been unable to articulate his frustration about the methodology chosen for the count of rough sleepers, and the comparisons that were made using the data, in a way that focuses on the issue (the comparison that was made between the figures) without an intemperate use of language.

“In the panel’s view this both distracts from the points that Councillor Nemeth would seek to make and demonstrates a lack of regard for the Code of Conduct for Members and his fellow councillors.

“The panel felt that Councillor Nemeth needed support to develop a method of effectively engaging, campaigning and opposing council policy and decisions while adhering to the Nolan principles and the Code of Conduct.

“For this reason, the panel’s request is for the Conservative group leader to share his knowledge and experience of communicating within the standards expected of elected councillors with the aim of avoiding further unnecessary breaches of the code.

“In addition to the damage that is caused to the reputation of the council, the investigation and determination of complaints under the code cause a significant drain on council resources.

“The panel felt that the published indication from Councillor Nemeth that he will continue to use the same language notwithstanding any determination from the panel suggests a disappointing lack of judgment in view of the constrained resources the council has. 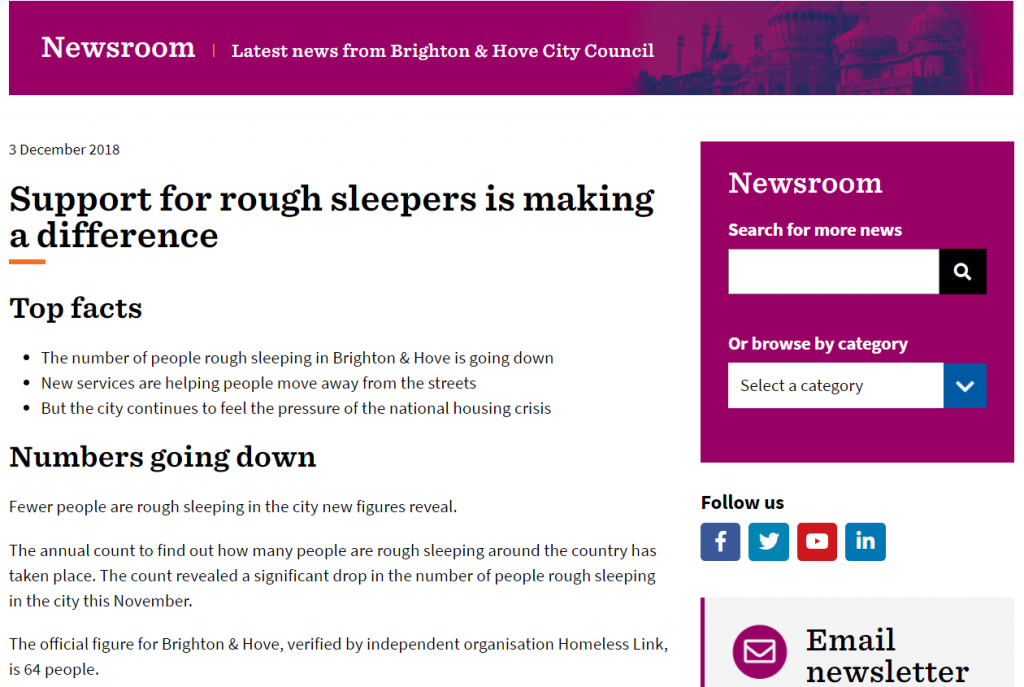 “Having engaged initially with the complaint, Councillor Nemeth did not continue to engage until he requested witnesses at a very late stage, which led to a delay of the panel hearing and increased the costs being incurred in the determination of this matter.

“This inconsistent engagement in the process and the late proposal for witnesses was a breach of the code of conduct which Councillor Nemeth has signed up to.

“Again the panel are requesting the Conservative group leader to engage with Councillor Nemeth to impress upon him the potential impact, cost and damage to the reputation of the council if elected members do not act in accordance with the requirements of the code and, in particular, the requirement to co-operate with council investigations.”

Councillor Nemeth said: “It tells you all that you need to know about politics in Brighton and Hove when the Labour Party reports those who highlight their fake figures on serious issues but doesn’t report those who make comments which the Jewish community finds deeply offensive.

“This will obviously not put me off continuing to scrutinise an administration that has let so many down so badly – including of course those who are sleeping rough.”

Leave a Reply to Rob A Cancel reply