Thousands sign up to shine huge lasers across Brighton and Hove 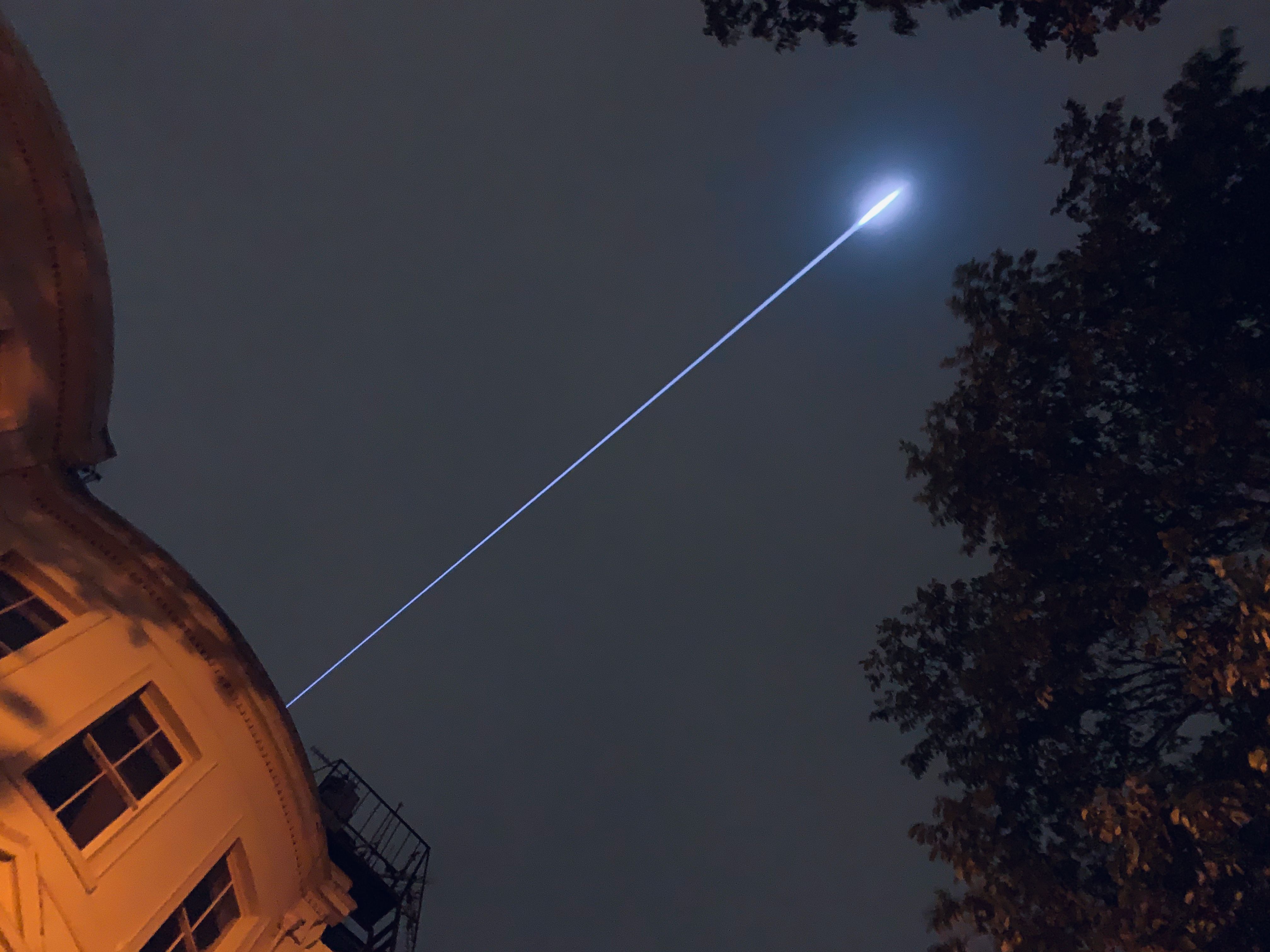 Thousands of people have signed up to take part in an interactive laser art installation on Thursday night.

Brighton artist Seb Lee-Delisle is allowing the audience to take control of his latest work, Laser Light City, from three outdoor locations across the city.

The Bafta award-winning artist previously lit up Brighton and Hove when he projected thank you messages on Sussex Heights and the i360 for NHS workers as part of Clap for our Carers.

Seb said: “Community events have become so few and far between because of coronavirus. Brighton has always championed the arts and their power to lift people’s spirits, and I wanted to do something in my home town that enables people to express their creativity in a unique and playful way.

“The idea was to do something fun and beautiful which we all create together. It’s also naturally suited to social distancing because all you have to do is look up.

“When else in your life would you have full control of huge and dangerous sky lasers using your phone? I hope that this is something people of all ages can get involved with, and a memorable experience for everyone.”

From 7.30pm to 11pm members of the public will be able to control high-powered lasers roaming across the city skyline, playing with colours and patterns from their smartphone.

Positioned on Sussex Heights, Tower Point and Seven Dials, the sky lasers will be seen from more than 5km away as long as the weather conditions are good.

More than 4,400 people have already registered their interest in taking part on the Laser Light City Facebook page.

Members of the public can take turns controlling the colour and movement of the lasers via an interactive website. People can participate from the comfort of their home or anywhere in the city.

The project received funding from Arts Council England, but has otherwise been financed by the artist.

Local businesses have been keen to support the night, including radio station Platform B, which will be curating a soundtrack for Laser Light City as part of the station’s 2nd anniversary celebrations. Same Sky, the team behind Burning the Clocks, is also offering their support alongside Metronet, and PLATF9RM co-working space, which offered their roof on Tower Point as one of the laser locations.