Sussex Police criticised the team behind a branch of Subway for failing to discuss plans for a late licence.

The franchise branch, at 69 Lewes Road, Brighton, is within the council’s “special stress area” where the policy is for takeaways to close by midnight.

People congregating both inside and out can result in nuisance and even fights.

In the year to September 2020, police dealt with 573 incidents in the area and more than a third of these involved violence.

Ms Abdulkader said that the lockdown had had no impact on crime levels along Lewes Road, which was an area of concern for Sussex Police.

She said: “The applicant has not acknowledged any local concerns or offered any positive proposals.

“They offered limited information on their application. There is no mention at all of any crime prevention methods, such as SIA (Security Industry Authority) risk assessment and provision.

“Under ‘the prevention of crime and disorder’, they have written ‘none required’.”

Mr Campbell said that not addressing the requirements of the council’s licensing policy and meeting its objectives was an “oversight”.

He said that there were very few customers coming into the shop after 10pm as most of their late-night business was delivery. 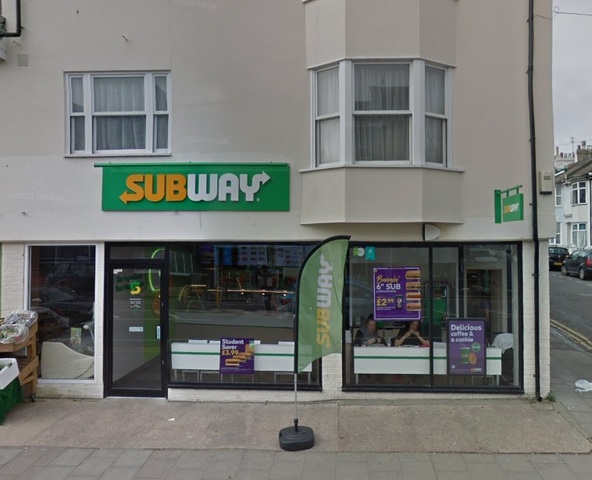 Mr Campbell said: “They are more an happy to limit the comings and goings to the delivery pick-ups.

“Their main business late at night is delivering to the universities and the student community who live in the area.

“What they are not asking or intending is to have a late passer-by coming into the shop to pick up a sandwich, which is not their experience anyway.”

The panel had concerns that some deliveries were taking place after 11pm without a late-night licence after comments from Mr Campbell.

He said that these were only occasionally if the phone rang but he would make it clear to the franchise that this was not permitted.

Drivers would pick up orders from Aberdeen Road, where Ms Abdulkader said there is a “no waiting” restriction.

One member of the panel, Conservative councillor Dee Simson, was concerned about the applicant’s lack of knowledge of licensing policy and law.

She said: “There is only a need for them to know the four licensing objectives and what they need to put in place to deal with those objectives.

“It’s not our job as a panel to suggest how they should manage their business. It’s up to them to tell us.”