A popular children’s nursery has been left looking for a new home – or may even have to close – after councillors turned down a request by the owner for a 25-year lease.

The Gingerbread Nursery, in Saltdean Park, currently has a 15-year lease until 2032 and planning permission for a £362,000 revamp to replace its outdated “terrapin” building.

But a report to members of Brighton and Hove City Council said that, without a longer lease, the owner – Childcare 360 run by Nick Childs – could well be gone by September next year.

The planning application for the revamp and the lease request were met with significant opposition, some of it from the Boomerang Kids Nursery, based in the neighbouring Saltdean Oval Barn.

The decision by council officials to turn down the request for a lease was ratified by the council’s Policy and Resources Committee at a “virtual” meeting today (Thursday 8 October). It followed a legal letter before action from Mr Childs.

Mr Childs told the committee that there was a demand for full-day nursery spaces on both sides of Saltdean – the part in Brighton and Hove and the part in the Lewes district.

He said that there were 30 families on the waiting list for his nursery, adding: “Parents and families are becoming agitated that they can’t obtain childcare in Saltdean and they are feeling let down by all those who are supposed to represent them.

“Further house-building in the area is only going to exacerbate the issue. We can no longer pretend there is not an issue with childcare here.”

He said that there would be no loss of public space and that the nursery – rated good by the official watchdog Oftsed – had been there for 40 years in a derelict building.

His intention was to replace the building rather than refurbish the existing structure – and he added that the new building would be a “gift” to Saltdean.

Cathy Gallagher, from the Saltdean Residents’ Association, asked the council not to grant a 25-year lease on the Gingerbread nursery site.

Mrs Gallagher said that the residents’ association had campaigned to protect Saltdean’s green space since 2014.

Its members were concerned that the Saltdean Oval was “under attack” from commercialisation and “creeping tarmac”. 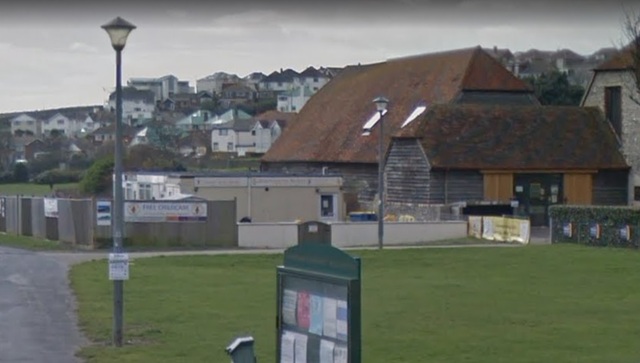 Mrs Gallagher said: “The fencing off of valuable flat park play area was never consulted on by Brighton and Hove City Council and, when it appeared, we objected and continued to object.

“We objected to the planning application for a permanent 400 square metre commercial building on what should be open park land.

“There are covenants excluding commercial buildings which have been ignored.”

Independent councillor Bridget Fishleigh, who represents Rottingdean Coastal ward, which includes Saltdean, also said that covenants protected the site although the council’s legal team could find no record of them.

Councillor Fishleigh said that the temporary building currently on the site had been a temporary doctor’s surgery and was “dragged” over to the park by residents in 1987 to act as a youth club.

It had not been intended to last as long as it had, she said, or be replaced by a new building.

She added: “Covid has shown us how much we need our open green spaces.

“Around 13,000 people live in Saltdean and there are hundreds of flats without gardens.

“This park is a busy one. It hosts multiple junior football matches every Saturday and Sunday in season, cricket, bowls and tennis matches in the summer.

“There’s a sports pavilion, a playground, skate park, an outdoor gym and a community garden.”

Councillor Fishleigh said that there were other suitable buildings in the area, such as the vacant Spanish Lady pub, rather than space in the park having to be taken up.

The council’s Policy and Resources Committee had a lengthy debate about commercially sensitive aspects of the matter in private session before voting not to grant the lease.