Brighton mother and daughter missing for a week

UPDATE Missing mother and daughter, Charlene Moore and Candice, have been found and are safe, Sussex Police said. 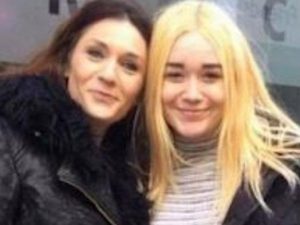 Charlene Moore and her daughter Candice

A mother and daughter from Brighton have been missing for a week, Sussex Police said this afternoon (Tuesday 13 October).

Charlene Moore, 34, and her daughter Candice, 14, had been living in Brighton but were last seen in Burgess Hill last Tuesday (6 October).

Charlene was described as white, 5ft 2in tall, with short black hair and of slim build.

Her daughter was described as white, 5ft 4in, with shoulder length black hair.

Sussex Police said: “While there are currently no suspicious circumstances surrounding their disappearance, concern is growing as they have still not been traced.

“Anyone who has seen Charlene or her daughter, or who has any other information on their whereabouts, is asked to contact Sussex Police on 101 or 999, quoting serial 1466 of 09/10.”