Hove man who robbed his own brother jailed for two years

A Hove man who punched and robbed his own brother has been given a two-year prison sentence.

Judge Martin Huseyin added to his jail term for breaching a suspended sentence imposed by Brighton magistrates earlier this year.

He attacked his brother Michael Underwood, punching him in the face, Hove Crown Court was told.

Underwood pushed Michael on to a sofa and threw a chair at him, before throwing the till on the floor, causing it to break.

He stole the money from the till – estimated to be about £100 – and then left.

As Underwood left he hurled threats and abuse at staff in the letting agency next door, Property Plus.

About seven weeks earlier, on Tuesday 23 June, he damaged the windows of both premises by throwing bricks at them.

And on the afternoon of Wednesday 12 February he went into the same barber shop and stole £80 cash from the till.

He was also jailed for one month each for two counts of criminal damage and one count of theft – to be served concurrently.

In total he was sentenced to 26 months in prison last Friday (16 October). 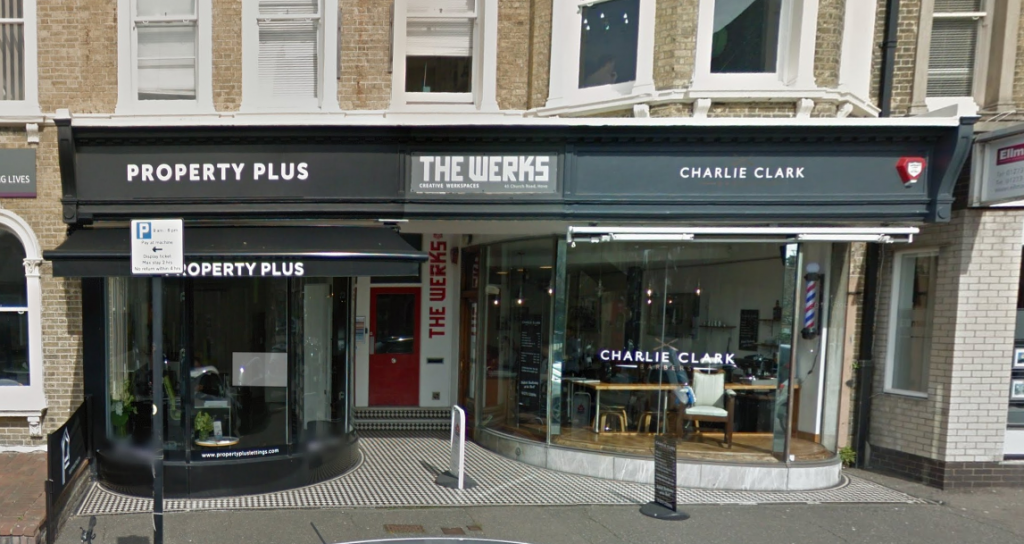 The suspended sentence was imposed by Brighton magistrates on Thursday 23 January for racially abusing Andrew Philippou at Barber and Frank, in Blatchington Road, Hove. He also threatened and abused Daisy Kelly.

The magistrates were told that the offence was drink and drug-related and left Mr Philippou in serious fear.

Underwood caused hundreds of pounds of damage and was given a 12-week prison sentence suspended for a year. He was ordered to carry out 20 days of rehabilitation activity over a year.