A drug dealer has been jailed for more than two years after being caught red-handed in a busy shopping street in Brighton. 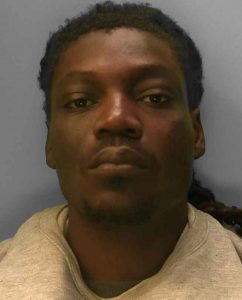 Charles Ogunnowo, 27, was found to have crack cocaine and heroin on him when he was searched just over a year ago.

He was previously jailed for three years in February 2018 for drug dealing in Brighton just over a year before.

Sussex Police said this afternoon: “A man who pleaded guilty to dealing class A drugs in Brighton has been jailed.

“The suspect was searched and had a significant quantity of heroin and crack cocaine on his person.

“A search of his room at a local hotel was authorised and further class A drugs and cash were seized.

“Ogunnowo initially denied the offences but later pleaded guilty to all three counts and was jailed for two years and eight months.”

Detective Inspector Dee Wells said: “We absolutely do not tolerate drug dealing in our city and work tirelessly to identify and hold to account those involved in supplying these harmful substances.

“Our priority is keeping our city safe and feeling safe.

“We would urge anyone with information or concerns about drug dealing to report it to us online or by calling 101.”