Concerned neighbours have been told that more than six students are allowed to live in the same shared house.

They had asked whether students in some shared houses were breaking the “rule of six” when there were more of them under one roof.

Brighton University community liaison officer Andrew Keeffe told a meeting of the Moulsecoomb Local Action Team (LAT) today (Wednesday 11 November) that it was not against the “rule of six” for eight people to live in the same house.

But he added that the university was looking into claims that the “rule of six” was being broken in student houses when allegations were reported.

The law came into effect in September, banning social gatherings of more than six people.

The current English lockdown, which came into force last Thursday (5 November), bans households from mixing unless necessary for childcare or other essential support.

Brighton and Hove’s director of public health Alistair Hill, told a Health and Wellbeing Board meeting yesterday (Tuesday 10 November) that most covid-19 cases locally appeared to be contracted within households.

And the next highest number appeared to result people from different households mixing.

At the LAT meeting, student parties were mentioned, particularly the Halloween gathering in Norwich Drive, Bevendean.

More than 100 people turned up and the organiser was issued with a £10,000 fine by Sussex Police.

Mr Keeffe said: “Where it is our students, we are looking into each of those cases and addressing the issues with those students.

“By and large, my personal experience is most of the students are trying to manage it themselves.

“As with noise disturbance, if you let us know, we will follow it up.”

He said that if there was a breach, residents should contact the police while it was happening. 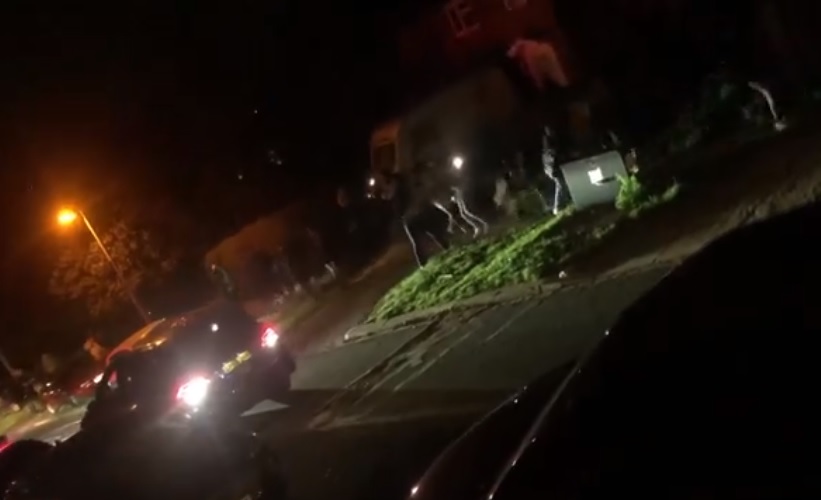 Revellers leave the party in Norwich Drive in Bevendean

She said: “Some of those have been dealt with by ourselves at the university but also by the police as well. That’s the right thing to happen in this situation.

“We are fully in support of the police being involved when they need to be because certain situations can quite quickly get out of hand.

“There has been one particular incident but what we have found, as a result of the serious action taken, is a message has gone out to the student community and the wider community, too.”