The number of people testing positive for the coronavirus is falling in Brighton and Hove, the director of public health Alistair Hill said.

And fewer people were being admitted to local hospitals too, according to the Brighton and Hove Clinical Commissioning Group (CCG) managing director Lola Banjoko.

This was, he said, a significant drop – 19 per cent down compared with the previous week – after a spike in the number of cases in late September and October.

The rate is understood to have dropped further since then although about 900 people a day are still being tested locally, helped by the opening of a walk-in test centre in Portslade.

The positive test figure had been declining noticeably in the previous week and a half, Mr Hill said, even before the start of the second national lockdown last Thursday (5 November).

By far the highest rate was in the 15 to 29 age group, with an increase when the universities went back, Mr Hill said, but there had been quite a rapid decrease in the past week and a half

A similar pattern had been seen elsewhere among young people, especially in university towns.

The number of cases among working age adults and older people had been rising although the rates were well below the rates among the 15 to 29 age group.

Every electoral ward in Brighton and Hove had at least one case of the coronavirus but the highest rates were in Hollingdean and Stanmer as well as Moulsecoomb and Bevendean where thousands of university students live.

From early next month public health officials in Brighton and Hove are likely to play a bigger part in the national test and trace effort.

Mr Hill said that this involved “case tracing” more than “contact tracing” as local staff tried to reach people who had not responded to national NHS Test and Trace officials.

The national service was struggling to get hold of people from Brighton and Hove in about 30 per cent of cases, he said.

Local staff would be able to give all those they reached the details of services in Brighton and Hove that could provide support. 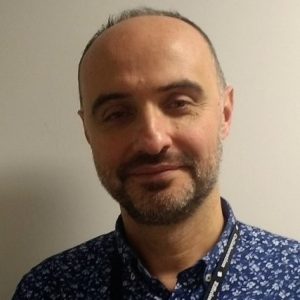 The highest number of new cases locally, Mr Hill said, appeared to result from contact with someone else in the same household.

The next highest number appeared to result from contact with someone from another household.

Fewer people seemed to be contracting the virus at work, although some were, and very few were catching covid in places such as care homes or hospitals.

Mr Hill said that people from different households were less likely to mix during the latest lockdown.

He added: “Lockdown presents us with an opportunity to continue to drive down our infection rate, reduce the pressure on services and to exit lockdown with a more manageable level of infection, helping us to return to a more normal life.”

Mr Hill shared details of the local picture at a “virtual” meeting of Brighton and Hove City Council’s Health and Wellbeing Board yesterday (Tuesday 10 November).

One of the board members, Lola Banjoko, managing director of the CCG, said that fewer people with covid-19 were being admitted to hospitals run by Brighton and Sussex University Hospitals NHS Trust. 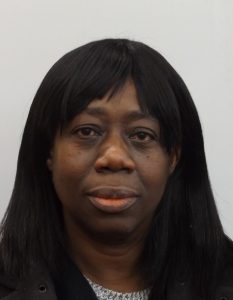 BSUH runs the Royal Sussex County Hospital and the Royal Alexandra Children’s Hospital, both in Brighton, as well as the Princess Royal Hospital, in Haywards Heath, among others.

Dr Banjoko said that 68 patients with covid were admitted to the trust’s hospitals in the week to Tuesday 3 November.

In the most recent week, to Tuesday 10 November, the figure had dropped to 60 patients.

Labour councillor Clare Moonan asked where people were in the hospital and whether they were from Brighton and Hove.

Dr Banjoko said that the hospital trust served a wider area than just Brighton and Hove, with patients admitted from East and West Sussex.

But just two people were currently receiving critical care, she said, and one was being given “mechanical ventilation” help to breathe.

Conservative councillor Samer Bagaeen asked for more detail about the figures, including how long people were staying in hospital after they were admitted.

He said: “Is it 60 that have been there for a month? Or are people coming in and then effectively getting discharged very quickly after that?

“I think that would be a good indicator of the seriousness of their conditions.”

Dr Banjoko said that she did not have that information to hand but it was the sort of detail that was being monitored.