Two campaign groups have written to the chief constable of Sussex to ask her to review all the fixed penalty notices handed out under the coronavirus rules.

They said that Sussex Police was one of 10 forces to have handed out the highest number of fines since the start of the first lockdown in the spring.

In their letter, Big Brother Watch and Liberty also said that the force handed out disproportionately more fines to people who were black or from ethnic minorities.

And they questioned the fairness of the £10,000 “super fines” such as the one handed out after a recent party in Brighton – in Norwich Drive, Bevendean.

Sussex police said: “The majority of fines issued in Sussex were during the peak of the first lockdown when infection and mortality rates across the UK were high and people were being urged to ‘stay at home’.

“As a county with many coastal and beauty spots, a high proportion were issued to non-residents travelling into the county, many from urban areas, who would have been fully aware that it was prohibited.

“We have always taken pride in our strong, community-based relationships, working hard to gain the trust and confidence of the public.

“Throughout this pandemic, and in line with national guidance, our officers and PCSOs have worked to encourage people to comply with the health regulations and have used enforcement only as a last resort.”

The letter to Chief Constable Jo Shiner said: “We are writing to urge Sussex Police to instigate a review of all fixed penalty notices (FPNs) and fines that have been issued under coronavirus emergency laws in England.

“This is urgently needed to remedy the injustices experienced to date, demonstrate compliance with the force’s duties under equality legislation and avoid repeating past mistakes during the second nationwide lockdown.

“To date, a significant number of FPNs have been incorrectly issued. We are concerned that there is continuing risk that this pattern will continue.

“In our comprehensive reviews of police use of emergency powers, we have identified inconsistent policing that has widely criticised as excessive, and even unlawful.

“The Crown Prosecution Service has identified significant numbers of unlawful charges brought using the new emergency legislation, including every single charge under the Coronavirus Act and approximately 9 per cent of charges under the Health Protection Regulations.

“Sussex Police has issued one of the highest numbers of FPNs per capita of any police force in England.

“We believe this is evidence of a postcode lottery of enforcement across the country and we strongly believe your force’s figures are cause for concern.

“Taken together, this indicates serious failings in how these laws have been used which give rise to significant human rights concerns.

“The chair of the National Police Chiefs Council, Martin Hewitt, agreed that there have been ‘well-publicised instances’ of ‘overzealous’ policing during the initial months of ‘lockdown’. 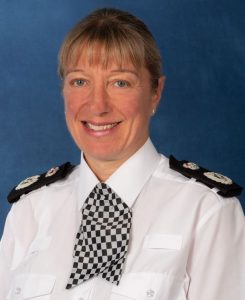 “Hewitt wrote that he hoped that the public would read these instances as “well-meant attempts to encourage responsible behaviour”.

“However, to protect the rule of law and policing by consent, these failures need to be remedied.

“The public will not be reassured simply by good intentions but by actions taken to address the policing mistakes that have been made.

“We are calling on your force to carry out a review of FPNs issued by your force in order to rectify any potential unlawfully issued fines.

“We believe Sussex Police has a particularly pressing duty to review FPNs issued under the emergency laws given disparities in regard to who has been levied with fines.

“We are extremely concerned by the high levels of disparity in which people of different ethnicities are receiving fines.

“This means Sussex Police is one of the 10 forces across England and Wales with the highest overall rate of racial disproportionality.

“In previous correspondence, Mr Hewitt has argued that disparities in fines are ‘complex’ and that ‘a sizeable number of FPNs issued by local forces have been to non-residents who had travelled into their area in contravention of the Regulations’.

“We find this explanation unconvincing. It implies that people of colour have contravened the regulations at a higher rate than white people, an assumption for which there is no evidence.

“Furthermore, at no point during the ‘lockdown’ has there ever been a prohibition on travelling with a reasonable excuse across the country. Even if this were an acceptable explanation, people of colour who are residents of Sussex are 2.9 times more likely to receive a FPN than white residents, which is a significant and wholly unacceptable disparity. 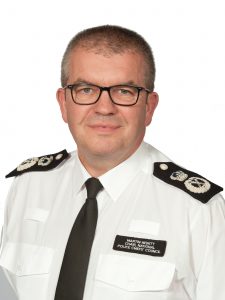 “Last week, further disparities came to light in regard to the power to issue so-called “super fines” of £10,000, provided for by the coronavirus regulations.

“The NPCC reportedly issued guidance to police forces which recognised that many people who challenged the FPN in court had their fines significantly reduced following a means-testing process, whereas those who paid their fine within 28 days were liable to pay the amount in full.

“This means that people who can afford to pay a £10,000 fine may do so immediately and avoid a criminal record, while others will wait to be prosecuted, may have a lower fine imposed but be left with a criminal conviction.

“We are seriously concerned that this may disproportionately disadvantage already marginalised communities.

“Sussex Police’s Public Sector Equality Duty means it is legally required to have due regard to the need to eliminate any discrimination when exercising a public function, such as issuing FPNs, or deciding whether to carry out a review.

“Your police force has a duty to take steps to remedy these disparities as they are clear evidence of discrimination that cannot be justified.

“The most obvious and effective remedy would be to review all FPNs issued under these laws.

“Many forces have been forced already to rescind fines, either through internal procedures or after proceedings in a magistrates’ court.

“However, we believe that many more FPNs have been incorrectly issued than are accounted for by these infrequent procedures and are calling for a more substantive procedure.

“At present, the only way a person can contest a FPN is to risk a prosecution, incurring legal and financial risks. Many people may feel unable to undertake these risks.

“At a time when people are facing undue financial and psychological hardship, and when trust in policing is paramount, undertaking a review of FPNs will help ensure that they are used correctly, fairly and lawfully.

“Indeed, the Joint Committee on Human Rights has expressed its “significant concerns” about FPNs given out under the Health Protection Regulations, recommending an “administrative review or appeal” of all FPNs is established to ensure compliance with human rights standards.

“We understand the challenges your force has faced during this public health crisis and recognise that your staff are doing a difficult job in unprecedented circumstances.

“Remedial action by way of a review of all FPNs would increase trust in police enforcement of emergency laws and strengthen community relations.”