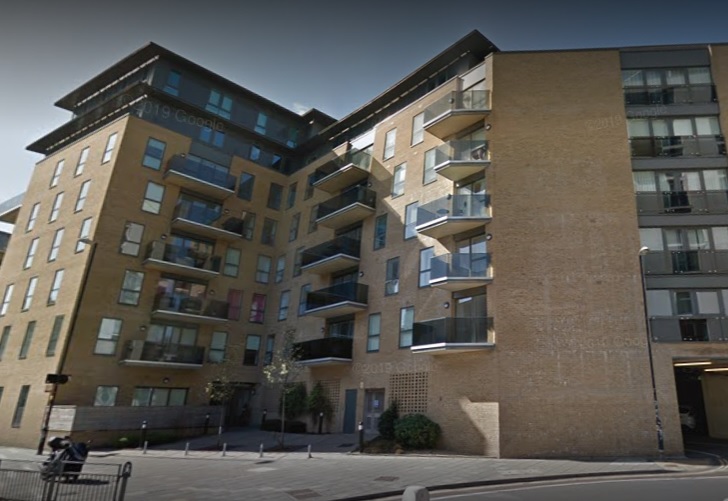 EXCLUSIVE: Two blocks owned by a social housing provider in Brighton and Hove have failed fire safety checks in the wake of the Grenfell Tower tragedy.

Last week, Brighton and Hove News reported on how some leaseholders have found themselves “trapped” in flats they cannot sell because mortgage lenders are asking for a specific fire safety certificate, known as an EWS1, which could take years to get.

But some blocks in the city have failed the EWS1 survey – which, as well as being a safety worry for residents, could also mean leaseholders end up being billed tens of thousands of pounds for remedial work.

Two blocks owned by Hyde in the New England Quarter, Embankment House and Temple House, were last month put under a “waking watch” – round the clock patrols in case of fire breaking out. The evacuation procedure has also been changed from “stay put” to “simultaneous evacuation”.

Leaseholders have also been told that part the costs of any remedial work could be passed on to them.

And residents of another block, owned by Clarion, the timber-clad Woodland View, in Bevendean, have been told that it could also need remedial work – but as this block is less than 18 metres tall, it is not being prioritised. 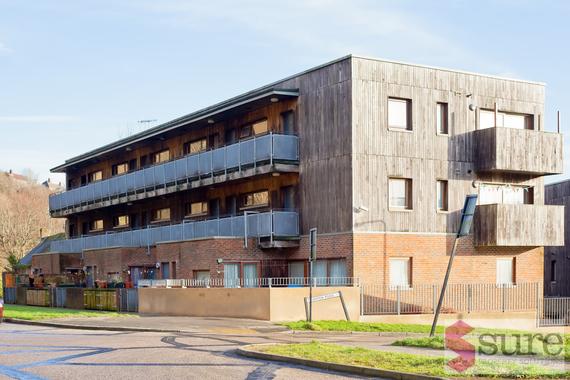 One resident of Embankment House, Andy Turner, said: “Hyde Housing informed us several weeks ago the external wall system is both non-compliant and combustible.

“Numerous residents have tried to obtain further information from both Hyde and East Sussex Fire Service without success.”

Another resident, Frances Ruocco, said: “Hyde have identified a real fire risk at our homes and have put a waking watch in place. Other than that, we have been told nothing at all.

“Hyde have dodged all requests for further information and even meetings with residents. We are living in a ticking time bomb.”

Hyde said: “Three of our buildings in Brighton are 18m high or more – Temple House and Embankment House, near Brighton Station, and Viaduct Lofts, in Melbourne Street.

“External wall system surveys have been carried out at Temple House and Embankment House, as part of our wider building safety programme.

“Unfortunately, issues were found with the external wall systems in both buildings and, as a result, at the end of October, we put waking watches in place and changed our evacuation strategy from ‘stay put’ to ‘simultaneous evacuation’, to ensure residents’ safety.

“We have also carried out initial investigations of the external wall system at Viaduct Lofts and the results of these are currently being reviewed.

“However, like all of our buildings, Viaduct Lofts does have a current fire risk assessment and we are confident that everyone is safe in their homes.

“Where we identify any issues, such as at Temple House and Embankment House, we immediately put additional measures in place to ensure residents’ safety, in consultation with the local fire service.

“We are carrying out further investigations of the external wall systems at Temple House and Embankment House, which will determine what fire safety works are needed.

“We are updating residents on progress and have also written to homeowners in both buildings explaining that we may have to pass on some of the cost of the waking watches and any remedial work to them, as per the terms of their leases.

“We are committed to minimising the financial impact on homeowners wherever we can.”

Clarion Housing Group said: “Keeping our residents safe is our number one priority. We spent £50 million nationally on fire safety work between 2017 and 2020 and plan to invest a further £100 million in upgrading fire protection over the next five years.

“We do not own or manage any buildings in Brighton and Hove that are over the 18-metre threshold.

“Woodland View is a low-rise, four-storey building which may require remedial work because it has been built with timber cladding. We take a risk-based approach to our programme and we must prioritise our high-risk buildings first.

“Woodland View is lower risk than the buildings we are currently prioritising. We appreciate this is a frustrating situation and will continue to keep residents updated.”

Many of the buildings opposite Embankment House and Temple House in the New England Quarter have timber cladding and balconies, similar to those on a block of flats in Pankhurst Avenue, Brighton, which was destroyed after it went up in flames in September last year.

In January this year, the government published revised fire safety guidance which said these kinds of materials on all blocks, not just high rises over 18m, should be removed.

Moat Housing Association, which manages resales of shared ownership properties in the Brighton Belle, Pullman Haul and Sharpthorne Court blocks, said that fire safety surveys had yet to be carried out.

Brighton Belle and Pullman Haul are owned by Crest Nicolson and Sharpthorne Court is owned by Raven Brighton Central Ltd.

Moat said: “The safety of our residents is always our priority. Although we do not own, control or manage these developments, we are working closely with the managing agents who are responsible for fire safety and remediation.