Plans for more than 70 homes on a former farm are to go before councillors next week.

The proposed £30 million scheme, at Coombe Farm, in Westfield Avenue North, Saltdean, is on the edge of the South Downs National Park.

The planning application was first reported by Brighton and Hove News earlier this year.

A similar scheme for 60 family homes on the eight-acre site was granted outline planning permission in September 2018 although the permission is due to expire next year.

The land has since been sold for £7 million – in January – and the new application is for four one-bed homes, 16 with two bedrooms, 29 with three bedrooms and 23 with four bedrooms.

Some would be terraced houses while others would be detached or semi-detached houses, with 105 parking spaces on the estate and two cycle spaces per home.

Forty per cent of the properties – or 29 in total – are intended to be “affordable homes”, with 55 per cent for rent, and the rest for shared ownership. Most of the affordable homes would have three bedrooms.

An open space called The Common is also planned as part of the project which will involve demolishing old farm buildings and making a slurry pit safe.

The company behind the scheme, Gold Property, would be expected to pay a “community infrastructure levy” of at least £336,000 and possibly as much as £789,000.

In addition, Gold, owned by property developer Bradley Gold, from Kent, would also be expected to pay the council developer contributions totalling £85,000 towards public art and the local employment scheme.

The new homes would be expected to generate more than £100,000 a year in council tax receipts.

Coombe Farm’s owners – David and Mike Carr – would still have a livery yard and would continue to farm about 350 cattle at Saltdean and Ovingdean where they have almost a thousand acres.

The Gold (Saltdean) plans are due to be decided by Brighton and Hove City Council’s Planning Committee at a “virtual” meeting on Wednesday (2 December).

An official report supported the scheme, subject to conditions, although one of the ward councillors for the area, former Conservative council leader Mary Mears, has written a letter of objection. 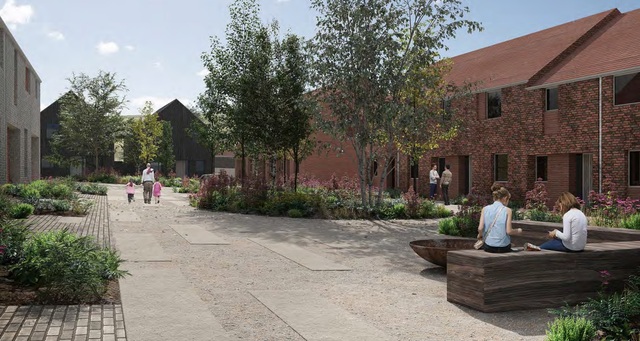 The old farm, in a valley known as Coombe Bottom, was identified as an “urban fringe” site suitable for housing in the council’s 2016 strategic blueprint known as City Plan Part One. Read the document here.

Councillor Mears, who represents Rottingdean Coastal ward, said that the proposal would be an overdevelopment on a site that’s a flood risk.

She said: “I have real concerns with regards to flooding, with any development to the rear of the site as this backs up to a very steep bank.

“There is a very serious problem with urban fringe developments as there is no detail of existing infrastructure.

“The site at the back of Saltdean will cause even more problems to the area which has only one primary school. The nearest secondary schools are located in Rottingdean or Peacehaven.”

Councillor Mears also said that the back of Saltdean had a lack of public transport.

Forty-five objectors have written to the council although all their details are anonymised on the council website, with names and addresses redacted.

The objectors complained about the unadopted road, a loss of farmland and the strain on local resources and they were concerned because site borders the national park.

One said: “It is not the design that is objected to. It is the fact that Saltdean is full.

“There is nothing further that should be discussed unless the Planning Committee also say the developer should build a new additional school as the current one, extended a couple of years ago, is already full.

“The developer should also build a new doctor’s surgery and staff it – as the current ones are full.” 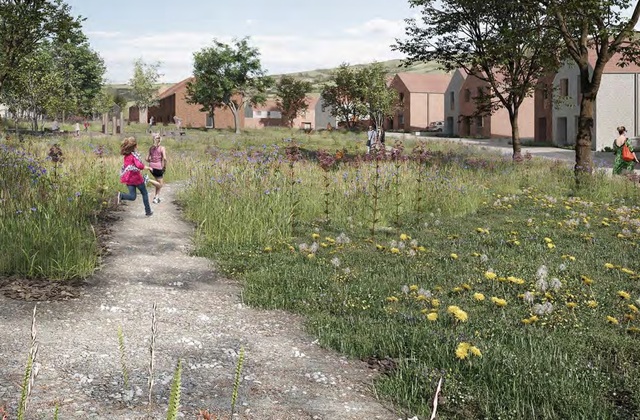 A visualisation of “the Common” proposed for the Coombe Farm site

Another objector wrote: “The access roads to Saltdean cannot take further traffic. The congestion is already a major problem.

“With only the coast road in and out, the infrastructure is not there to accommodate further housing.

“The property is close to the national park on the downs and will increase air pollution and light pollution.”

Three letters of support cited the council’s requirement to provide more housing and the lack of alternative sites. 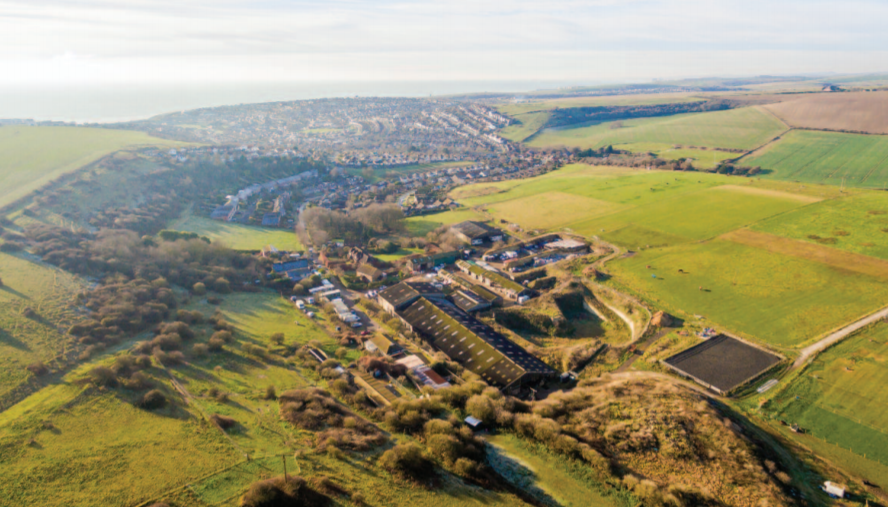 One said: “This application proposes a much superior solution to housing on this site than the previously approved outline application.

“Good to see that the previous generic mass developer houses have been replaced with well-designed homes in a more interesting and welcoming arrangement.”

The applicant, Gold (Saltdean), is owned by Bradley Gold, 56, who runs Gold Property Developments and is a former director of Birmingham City Football Club.

His father Ralph Gold and uncle David Gold bought the Ann Summers business in 1971 – and the retail chain and its sister company Knickerbox are now run by his cousin Jacqueline Gold.

The Planning Committee meeting is due to start at 2pm on Wednesday (2 December) and the “virtual” meeting is scheduled to be webcast on the council’s website.