Back our tourist events and attractions, Tories urge Greens

Conservative leader Steve Bell urged the Greens to speak up for tourism, events and attractions in Brighton and Hove. 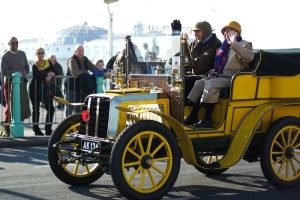 He spoke out at a council meeting after remarks at a previous meeting by members of the ruling Green group.

Councillor Bell asked what the Green administration was doing to support a sector that was one of Brighton and Hove’s major employers.

He said that tourism and hospitality were worth more than £900 million a year and accounted for about one in seven jobs – and he called on the Greens “to not speak against tourism”.

He was prompted to speak out after Councillor Sue Shanks described historic motoring events as “ridiculous” – although she said that she didn’t want them scrapped.

And her fellow Green councillor Jamie Lloyd likened the speed trials in Madeira Drive to the Hundred Years War.

Councillor Bell also raised concerns that Brighton and Hove was ranked 70th out of 105 seaside towns in the country in a recent survey.

Green councillor Marianna Ebel, who chairs the council’s Tourism, Equalities, Communities and Culture Committee, said that since the start of April more than 525 tourism and hospitality businesses in Brighton and Hove had been free annual membership of the Visit Brighton partnership.

Visit Brighton had continued to promote Brighton and Hove during the pandemic, she said, and its website had received almost a million page views.

It had offered up-to-date positive messages about Brighton and given visitors advice about coronavirus rules and restrictions while offering inspiration for trips in the future.

She said: “We have promoted the ‘Never Normal Brighton’ tourism recovery campaign.

“Brighton doesn’t do normal – and never does and has never done normal and will never do normal.

“It is designed to give residents, day visitors and regional staying visitors the confidence to return to this city.”

Councillor Ebel said that Brighton had had “positive destination” coverage worth the equivalent of £1.3 million in regional and national titles, including The Sunday Times, Daily Telegraph, Discover Britain and Olive magazine. 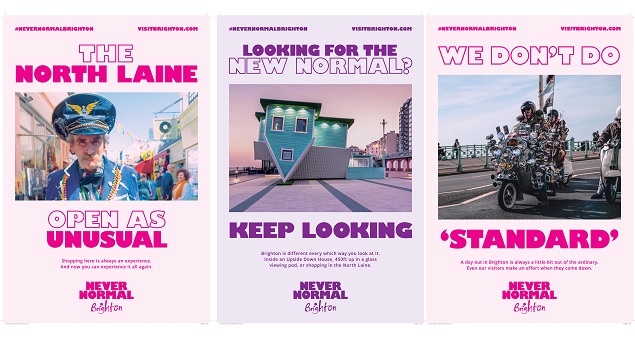 The council was also working with conference organisers to ensure that they came back to Brighton and Hove next year and beyond.

Councillor Ebel added: “We are also working on a culture recovery fund. What is really important is why people come to our city. It is because of our cultural offer and our entertainment and events.

“We are working on supporting our local theatres, museums and creative industry businesses as it is really difficult at the moment and we want them to survive in the future so visitors are still attracted to our city.”