Campaigners are objecting to the prospect of communal bins coming to their part of Brighton because of overflowing rubbish, fly-tipping and safety concerns. 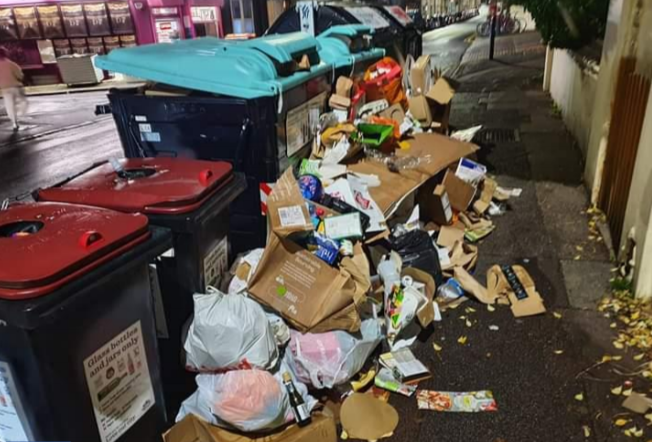 They cited the regular mess around communal bins in a nearby street – Upper Lewes Road – and said that they worried that recycling rates would fall.

One of them, Claire Elliott, spoke out at a virtual council meeting on Tuesday on behalf of her neighbours in four streets – Roundhill Crescent, Ashdown Road, D’Aubigny Road and the northern end of Richmond Road.

She urged the council to bring in separate waste food collections. Without them, she said: “Communal bins are very smelly and they attract rats and seagulls.”

She led a deputation to Brighton and Hove City Council’s Environment, Transport and Sustainability Committee after plans were agreed to consult thousands of people about switching to communal bins in many more streets.

And she told the committee: “Roundhill is an engaged and active community which generally supports the council’s objectives to reduce costs and increase recycling and together we have a history of mutual and active support for green and social initiatives.”

“We are not NIMBYs,” she said, referring to the dismissive term “Not In My Back Yard”.

Mrs Elliott said: “We are genuinely interested to know whether the council can offer examples of successful communal bins schemes in Brighton and Hove?

“We are aware of a recent issue with residents of Hanover being incorrectly fined for fly-tipping at a communal bin outside their home and plan to liaise with residents’ associations elsewhere in the city to understand their experiences.”

She added: “The communal bins in adjoining Upper Lewes Road which have operated for over three years illustrate a waste strategy that is ineffective.”

The deputation included photographs taken on various dates, showing the extent of the problems.

She said: “Overflowing rubbish, including food waste and broken glass, presents a health hazard and obstructs access, often causing pedestrians to walk in the road.”

Mrs Elliott added that her neighbours felt that bringing in communal bins in a conservation area would not “preserve or enhance” it – and went against the spirit of the rules.

And they had only just been given new wheelie bins by the council which would be taken away again if communal bins were brought in. 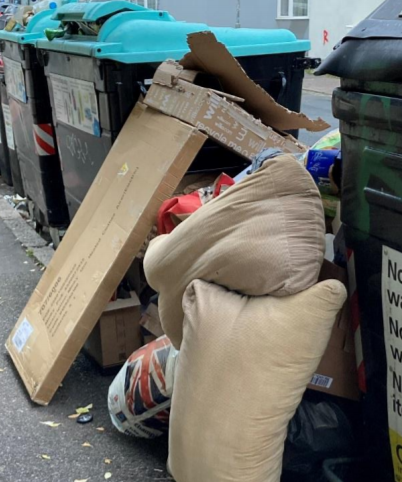 Green councillor Amy Heley, who chairs the Environment, Transport and Sustainability Committee, said: “No decisions have been made about where communal bins will be introduced.

“As set out in the report to this committee in November 2020, the committee has only approved a consultation to commence with residents, staff and unions.

“The results of the consultation will be presented back to committee for a decision when completed.

“A significant review of the communal system in Brighton and Hove is being completed through the service’s ‘modernisation programme’.

“The feedback in this deputation are some of the things we are seeking to address as part of this.

“Through this work, we have identified some future principles to adopt for the communal bin system.

“These were presented to this committee in June 2019 and include

“Further work is under way to refine this. Once determined, the proposed locations, the size of communal bins and the frequency of collections, as requested in the deputation, will be included in the consultation document.

“This is what has happened for previous communal bin consultations and I assure you will take place for the next round of consultations.

“There will be a consultation with the residents of the roads identified in the report to this committee in September 2020, which may or may not results in communal bins.

“But we must seek the views of all residents.”