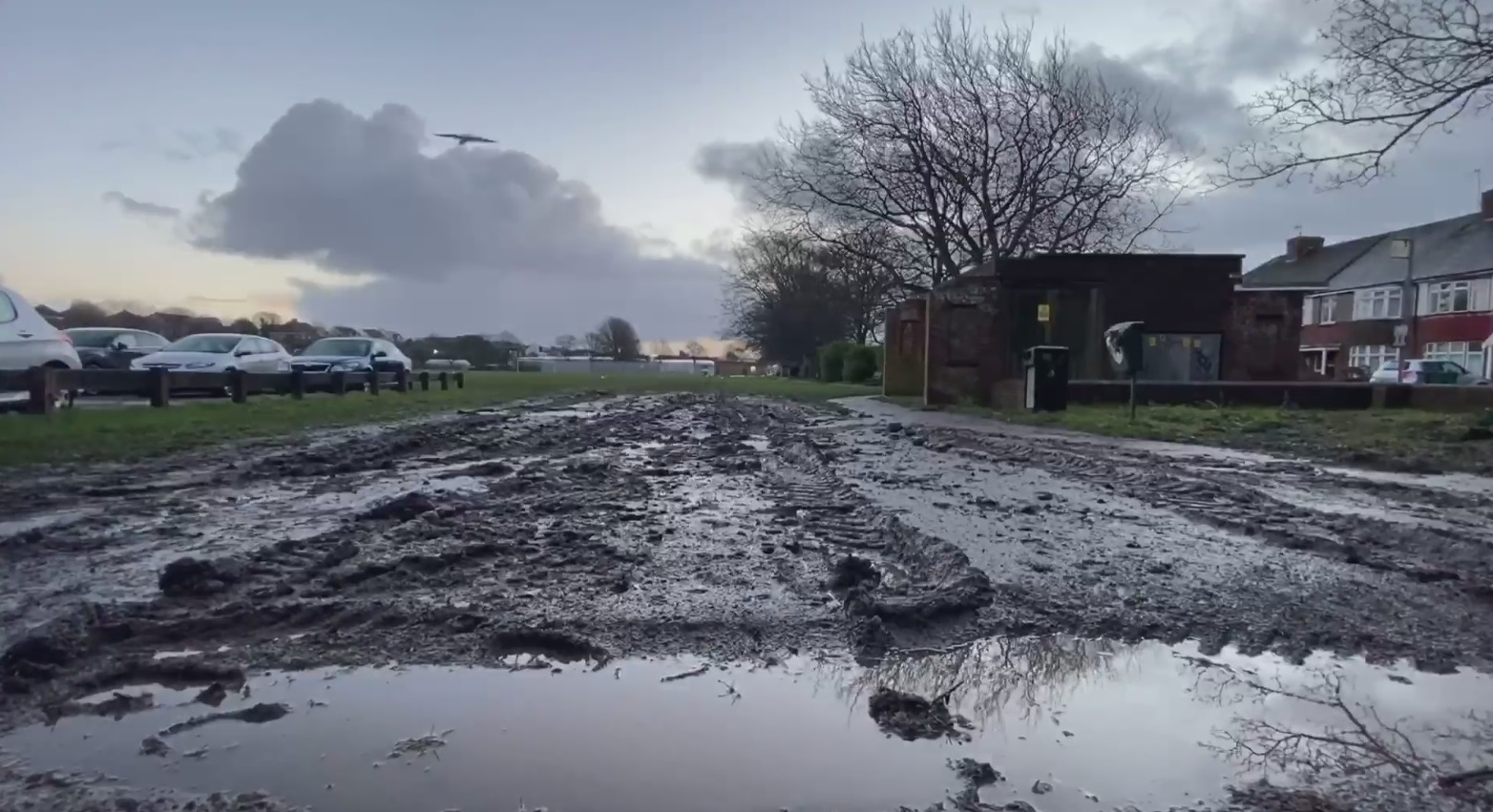 A disgruntled resident has put together a Hollywood trailer-style video to complain about the damage tractors have made to Victoria Park when collecting Christmas trees.

John Etkin-Bell posted the video on Facebook yesterday after the tractors left huge muddy trails after collecting the trees.

He told Brighton and Hove News they had left the park looking like a World War 1 trench.

He said: The way they were removed using two very large tractors and a trailer has left the whole corner of the park ruined.

“The previous removal a couple of weeks ago was done with a lorry parked on the side of the road, therefore not doing any damage to the park.

“Victoria Park may be a bit scruffy and in Portslade but those of us who live here really love and appreciate it.”

A Brighton and Hove City Council spokesman said: “We are sorry for the park being left in a very muddy condition.

“Each year we collect and recycle thousands of trees throughout the city, including hundreds from Victoria Park.

“We are clearing and cleaning the path today and while the grass renews, we will also monitor and assess the situation to carry out any remedial work and maintenance as necessary.

“It would take weeks, if not months, to clear the trees by hand, and there are many large and heavy trees, so in certain areas a tractor and lorries are used.”