Whatever happened to local TV, the BBC asked. Brighton has the answer …

The BBC has run a piece on local TV on its website and, I’m glad to say, accepted that Latest TV in Brighton is a success story. It wasn’t so keen on other parts of the local media jigsaw and even had a go at BBC cuts!

In Brighton we are lucky that we have diverse media and we would encourage the national government and local government to properly fund ALL local media and not just the BBC. That is real democracy.

We have offered to put all council meetings on TV so all can easily see them and work with all local media on this. I would like to see the Cairncross report actioned. It recommended news funding should go to a plethora of LOCAL providers.

Latest TV’s coverage of local news and sport has grown over the years and for this growth we are grateful for local sponsors such as Brighton Palace Pier and local advertisers and increasingly national brand advertisers such as the World Wildlife Fund and Royal Navy and the government’s covid campaigns which all see the importance of Brighton and Hove’s market.

The other media in Brighton, our newspapers and websites – like Brighton and Hove News – similarly rely on advertising or social media giants. However, we ALL need a more secure future and Cairncross has recommended it.

In the meantime, we all have to do what we can and that’s difficult with all news funding going to BBC. This is clearly unfair and I say that as someone who’s appeared on local BBC hundreds of times and having great broadcasters on BBC locally that I admire.

The BBC has cut and trimmed its regional output on TV and radio over the years despite having ALL news public funding from the licence fee. Westminster is still their remit! And sad to say it’s a monopoly.

The Inside Out programme cut is the most recent example as our MPs know only too well. The BBC is cutting because making programmes and then broadcasting them is expensive. I know both from my experience at Latest TV and also from having made hundreds of news items for the BBC.

The answer of course is collaboration and a proper local media strategy and then there would be no need for local news and politics cuts. The BBC is our national broadcaster so should not be a competitor ever – but a friend always to all in our industry so how about this novel suggestion … work with us and spread your riches around the community! I invite BBC locally and nationally through Brighton and Hove News to discuss this with ALL local media.

We do collaborate – we offer (unlike the BBC) our studios, our staff and our platform to emerging young talent – and emerging older talent too. And our films, whether Homeless By The Sea or Harry and Meghan, Love and Home, have been watched by hundreds of thousands of people. In Kent, Sheffield, Belfast and Nottingham you will see the same. Excellent locals doing local!

We recognise community! Last week in Brighton we co-organised, with the Holocaust Education Project and Brighton and Hove City Council, the Holocaust Memorial Day commemoration with survivors and moving stories from the Holocaust and the genocide in Darfur.

Throughout the year we provide a showcase for culture and the arts and entertainment – streaming from the Dome and Brighton Centre and now from grassroots music venues – and on news we have ten times as many local politicians as the BBC on our channel and we carried on reporting safely through the lockdowns … all within the tightly regulated Ofcom rules.

That costs money, as the BBC recognises with their cuts. 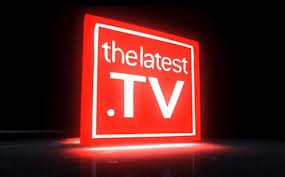 The writer of BBC article Ian Youngs has a go at all “local TV” as if we’re all alike. Talk about stereotypes. It’s like comparing The Sun and The Guardian just because they’re newspapers.

But he recognised the quality of our station and increasingly the other independents.

I also believe that David Montgomery’s stations Local TV Ltd in big cities will further help local media and David has just shown his intention by buying the Brighton Indy as well as newspapers along the coast here, protecting many jobs. Saving jobs – not cutting as BBC has done locally.

Latest TV is proud to be in the vanguard of a flowering of local media talent and we have pride in championing that. Let’s face it in Brighton, we don’t talk diversity. We are diversity!

The problem is not Ian Youngs from the BBC, The problem is – as so often – the rich discussing the poor! And the centre telling the local what to do (as if they know better) and then centre keeps all the money. Let locals vaccinate and, yes, you have success!

So I’ll tell you what could help, Ian. Implement Cairncross. Let locals get on with making local TV and be positive … come and see what we do. Here’s your invite!

If you can’t come, we stream Brighton to everywhere 10 hours every day and have done before most knew the word.

Ed Vaizey was impressed with Brighton as was Jeremy Hunt. Tim Loughton now is often on our station. Caroline Lucas and Lloyd Russell-Moyle were on last week.

And, Ian, can you please stop saying that all local is the same. There is a model that works. Why not embrace it!

Bill Smith is the founder of Latest TV.