China Crisis set to make welcome return to the Ropetackle 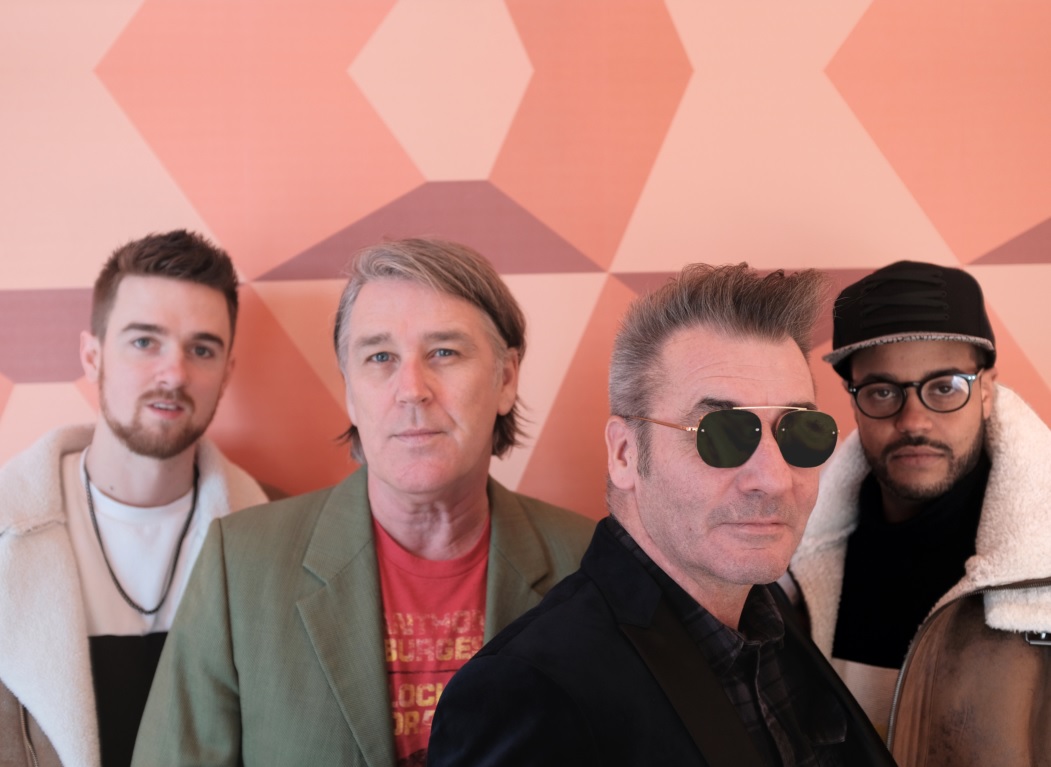 China Crisis are heading back to the Ropetackle Arts Centre

China Crisis have announced that they will be making a welcome return to the Ropetackle Arts Centre in Shoreham. The band last played here on 12th January 2019 and the Brighton & Hove News Music Team were present – Read our review HERE.

This time around, the current line-up of Eddie Lundon (guitars/vocals) Gary Daly (vocals/synthesisers), Jack Hymers (keys) and Eric Animan (sax) will be entertaining the crowd on their ‘Retrospective Tour’ on Saturday 13th November 2021 – Grab your tickets HERE.

Should you wish, you can order their last album ‘Autumn In The Neighbourhood’ on CD HERE.

More information on China Crisis is available HERE or carry on reading their in-depth biography below……………. 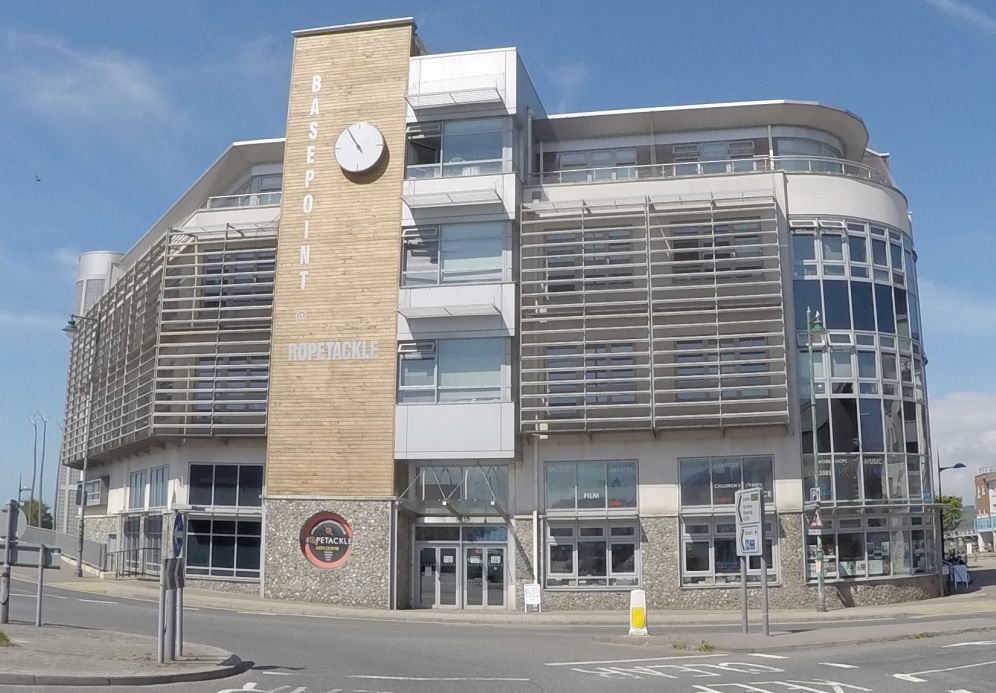 China Crisis Biography:
China Crisis are an English pop/rock band. They were formed in 1979 in Kirkby near Liverpool, with a core of vocalist/keyboardist Gary Daly and guitarist Eddie Lundon. China Crisis were originally assimilated in the batch of new wave Liverpool acts of the late 1970s and early 1980s, led by OMD, Echo and the Bunnymen, The Teardrop Explodes, A Flock of Seagulls and Frankie Goes to Hollywood.

China Crisis had great success in the UK in the 1980s with five Top 40 singles, ten Top 50 singles and three Top 40 albums, as well as commercial success in Western Europe, Australia and the Americas.

Early Days:
Sharing an affection for Stevie Wonder, Steely Dan, David Bowie and Brian Eno, Daly and Lundon played with various Knowsley post-pink groups. Daly then spent time tinkering with synthesizers and drum machines. Along with Lundon, Daly began writing songs. The pair eventually asked drummer and percussionist Dave Reilly to join them, and in 1982 they released their debut single ‘African And White’ as China Crisis on the independent record label, Inevitable. In June 1982, they backed Tom Verlaine at the Venue in London.

Chart Success:
The band was signed to Virgin Records and recorded their debut album, ‘Difficult Shapes & Passive Rhythms, Some People Think It’s Fun to Entertain’, which was released in December 1982. A re-release of ‘African & White’ became China Crisis’ first hit in the UK, reaching 45, on the UK Singles Chart. The follow-up single ‘Christian’, made UK no.10 in early 1983 and brought them to national prominence. By this time, Reilly had left the band but was still credited on the record Sleeve as a guest on the single, along with new member Steve Levy playing oboe and saxophone. The album peaked at no.21 in the UK Albums chart. During this period the band toured supporting Simple Minds (as discussed in interviews on the DVD Live in Concert at the Paul McCartney Auditorium in the Liverpool Institute of Performing Arts).

Adding Garry “Gazza” Johnson (bass and Kevin Wilkinson (drums) to the line-up, a second album ‘Working With Fire And Steel – Possible Pop Songs Volume Two’, was released in November 1983. Tracks included the singles ‘Fire And Steel’ which became a hit single in Australia. The album was a top 20 success in the UK and China Crisis spent 1984 and 1985 making their biggest chart run, beginning with their only UK Top 10 hit single, ‘Wishful Thinking’, which peaked at no.9.

Their third album, ‘Flaunt The Imperfection’, was produced by Walter Becker of Steely Dan fame and reached no.9 in the UK Albums Chart in May 1985. China Crisis were so honoured to work with Becker that they officially listed him in the group as a quintet consisting of Daly, Lundon, Johnson, Wilkinson and Becker on the album’s credits. Becker was living on Maui, Hawaii when he was approached by Virgin to work on this project and he had to leave his expecting partner Eleanor to assist. He never formally appeared with the band (but made important playing contributions on the album) and the subsequent tour featured new keyboard player Brian McNeill. Johnsons was now credited as co-writer with Daly and Lundon.

The album was promoted by the no.14 UK hit single ‘Black Man Ray’ which also enjoyed critical acclaim and international success. The follow up ‘King In A Catholic Style (Wake Up)’ was a top 20 UK Single but it would prove to be the band’s last substantial hit. A third release from the album, ‘You Did Cut Me’ stalled at UK no.54. They simultaneously released a video compilation, ‘Showbiz Absurd’.

In 1986, the band collaborated with producers Clive Langer and Alan Winstanley (who worked with Madness) on ‘What Price Paradise’, which included ‘Arizona Sky’, the album’s first singles release and another Australian hit, ‘June Bride’. All the band were now credited as songwriters. A second single from the album ‘Best Kept Secret’, made the UK chart in early 1987. It was to be the band’s final Top 40 hit single.

The five-piece band worked with Becker once more on 1989’s ‘Diary Of A Hollow Horse’, which earned critical acclaim though little commercial success. It fared slightly better than its predecessor, making the UK Top 60, and spawned the singles ‘St Saviour Square’ and ‘Red Letter Day’, both achieving the lower reaches of the UK singles Chart. Becker produced most of the album’s tracks, but this time was not credited as an official band member.

The band’s second to last studio album, ‘Warped By Success’, was released in 1994, following the band’s parting of ways with the Virgin label. The album produced their final studio chart single, ‘Everyday The Same’, which briefly edged into the UK Top 100. Although Johnsons and Wilkinson both made small contributions, the band was now listed as comprising Daly, Lundon, producer Terry Adams and sound engineer Mark Phythian. In 1995 they released a live unplugged album and video entitled ‘Acoustically Yours’. This featured a live version of ‘Black Man Ray’ and also saw a return for Johnson, Wilkinson and McNeill.

Since 1992, there have been four compilation albums of their work for the UK and US
markets and three live DVDs. The first of these, entitled ‘Collection: The Very Best Of China Crisis’, made the Top 40 in the UK albums chart in 1990.

Mid 1990s to present:
On 17 July 1999, drummer Kevin Wilkinson committed suicide by hanging himself at the age of 41. Wilkinson had played with a wide variety of bands including The Waterboys, Fish, The Proclaimers, Squeeze and with Howard Jones. In 2000 Daly contributed a trick to a tribute compilation in memory of Wikinson, ‘Green Indians’.

Since the late 1990’s, China Crisis have concentrated on live performances with only original founder members Eddie Lundon and Gary Daly being constant throughout, although a number of other musicians have served long spells, most notably guitarist Colin Hinds who spent more than ten years with the band.

In December 002, China crisis; Daly and Lundon held a one night unplugged gig in Manila, Philippines with the support of a local band, Rivermaya. They toured the UK during January and February 2007 to celebrate their 25th anniversary. Gary Daly released his limited edition solo album, ‘The Visionary Mindset Experience’, and in 2007, they would be the opening act for OMD’s UK tour. In February 2009, the band performed a fundraising gig for the Friends of Meols Park.

Additionally, gigs were played at the Robin 2 Bilston and in Stone. Daly’s art exhibition ‘How To Live & Love Your Life’ was held at Kirkby Art Gallery in Merseyside from February 23rd to may 10th 2009. China Crisis played at Fort Perch Rock on the Wirral in August 2009 and at the Remind Festival in Henley. The same month they played at the Matthew Street Festival in Liverpool.

They returned to the Philippines to perform at Eastwood City in January 2011 and played at the Rewind Festivals in Perth and Henley the following august. Another concert in the Philippines was held in September 2011 at the SMX Convention Centre, together with ExSimple Minds further shows in the Philippines, Singapore and Hong Kong followed. At recent shows China Crisis two lead musicians have been joined by Sian Monaghan on drums.

In 2012, the band performed a series of shows in their native Britain in Upton-upon Severn, Stratford, Birmingham, Middlesbrough, Glasgow, Gateshead and finishing at the Cavern Club in Liverpool.

2013 saw the band tour more extensively playing dates in the UK and visiting the USA and Canada as a three-piece with Brian McNeil, before returning for more UK dates including their regular Cavern Club Christmas gigs as a five piece band.

On 18 December 2013 ‘Everyone You Know’ was made available as a free download on the Pledge Music website, when pre-ordering the new album ‘Autumn In The Neighbourhood’ announced for release in 2014.

The band have toured on and off ever since, including appearing at the Ropetackle Arts Centre in Shoreham on 12th January 2019. 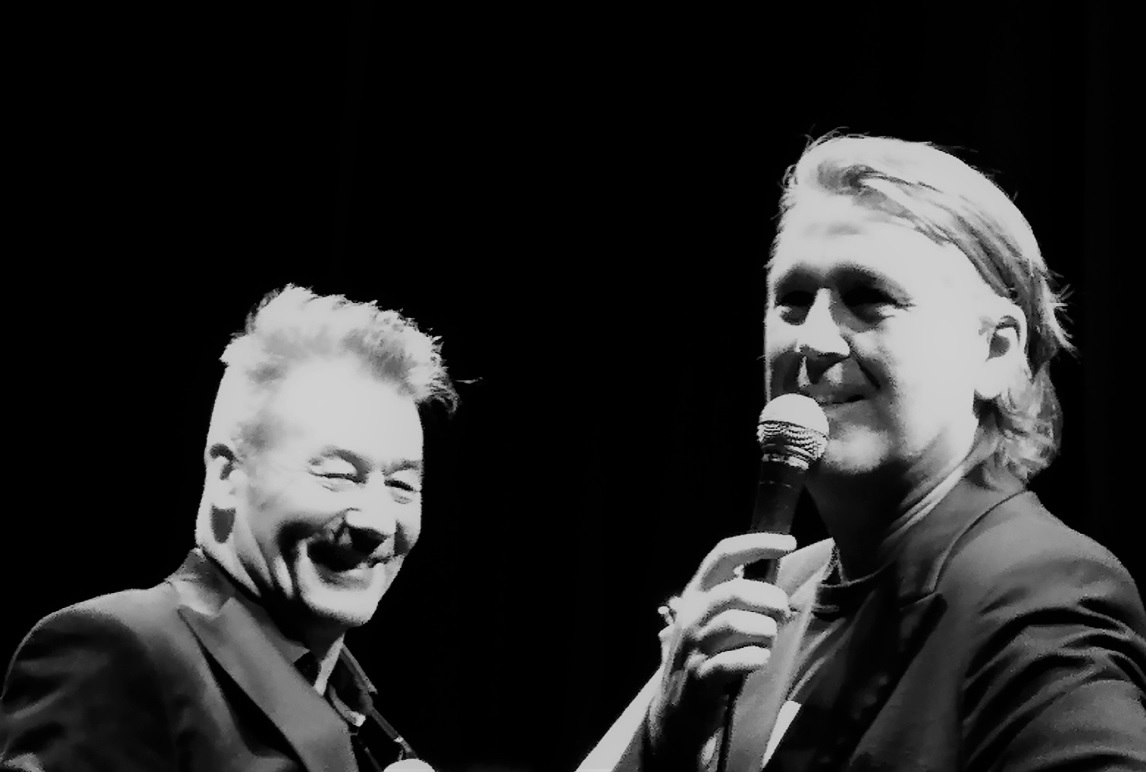