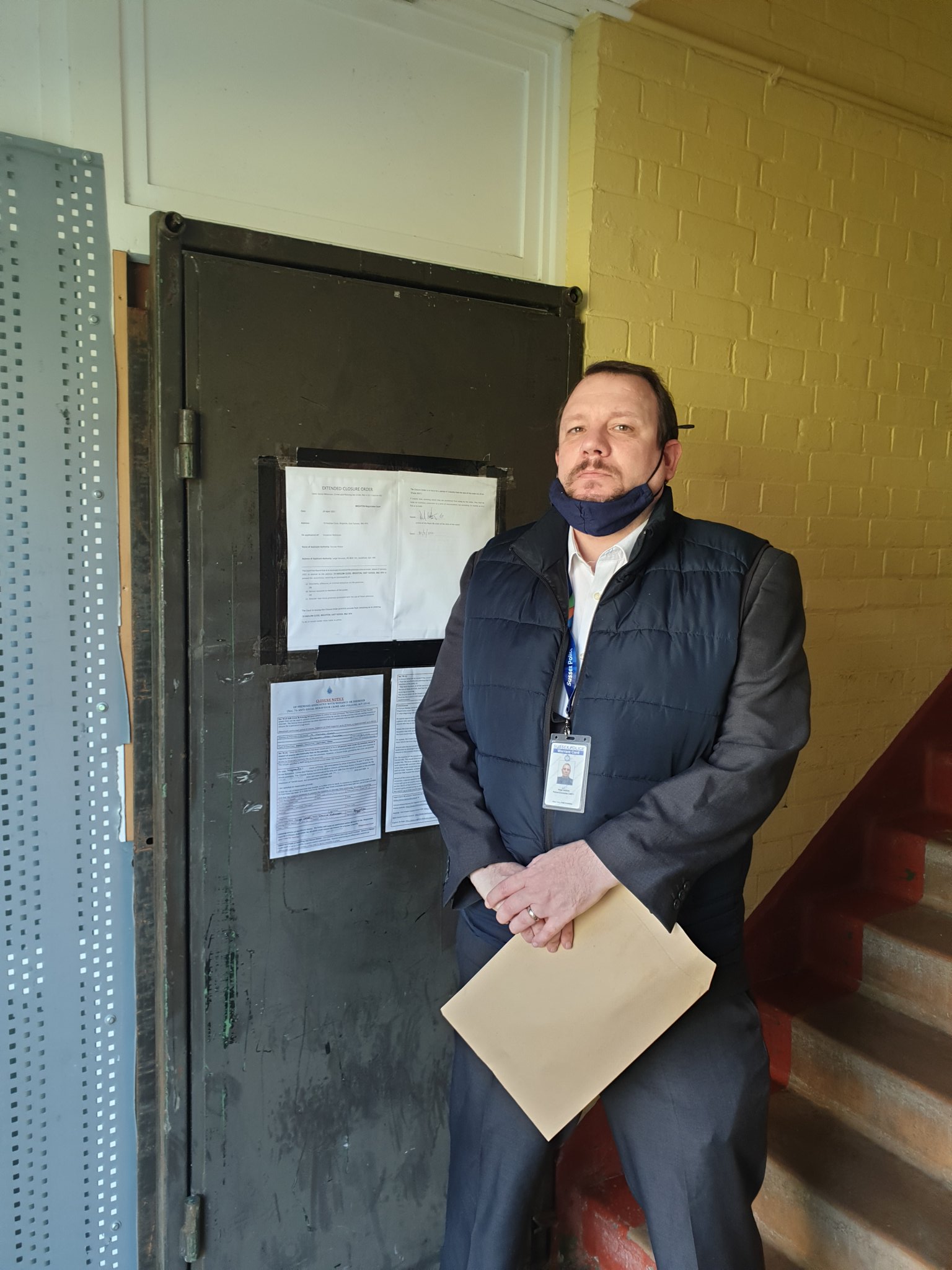 A police officer outside the flat in Hadlow Close

A doss house used by drug addicts who threatened neighbours and even set fire to their homes has been closed by Sussex Police.

The flat in Hadlow Close was occupied by a tenant who is a frequent user of Class A drugs and who allowed his home to be used to deal out of.

It was first closed in January, and yesterday, Sussex Police successfully had the order extended for another three months at Brighton Magistrates Court.

Meanwhile, the tenant is due to stand trial in June on charges of harassing one of his neighbours from August to December last year by banging and making excessive noise.

Louise Ravenscroft, for Sussex Police, told the court: “Residents were witnessing drug deals taking place out of his premises, and people coming and going all day and night.

They witnessed antisocial behaviour as well as threatening behaviour towards local residents, even having a flat set on fire when they tried to ask users to be quiet or more considerate when attending the address.

“The tenant would play loud music, there would be loud shouting and banging on doors.

“There were altercations, and there are now harassment charges against the tenant due to come before the court in June.

“Another resident has now been arrested for criminal damage to the tenant’s door and explains he did attack the door as a result of the frustration he has living in these conditions.

“We want to extend the order as since being in temporary accommodation he has continued to use drugs and has been seen to be associating with other people who are known Class A dealers.

“In fact, one was stopped in the company of the tenant and found with a large number of wraps in his possession.

“Since the closure order, residents have described feeling much safer and there’s been a massive reduction in the amount of of noise and disorder.

“They are able to use communal parts of the lock without fear of antisocial behaviour.”

On 20th April Brighton Magistrates’ Court granted an extension to a closure order following suspected drug activity at an address in Hadlow Close, Brighton. We will not tolerate drugs and antisocial behaviour in our city. #Btonhovepolice #brighton #PCSO37952 #safercommunities pic.twitter.com/DkIub6Fovw