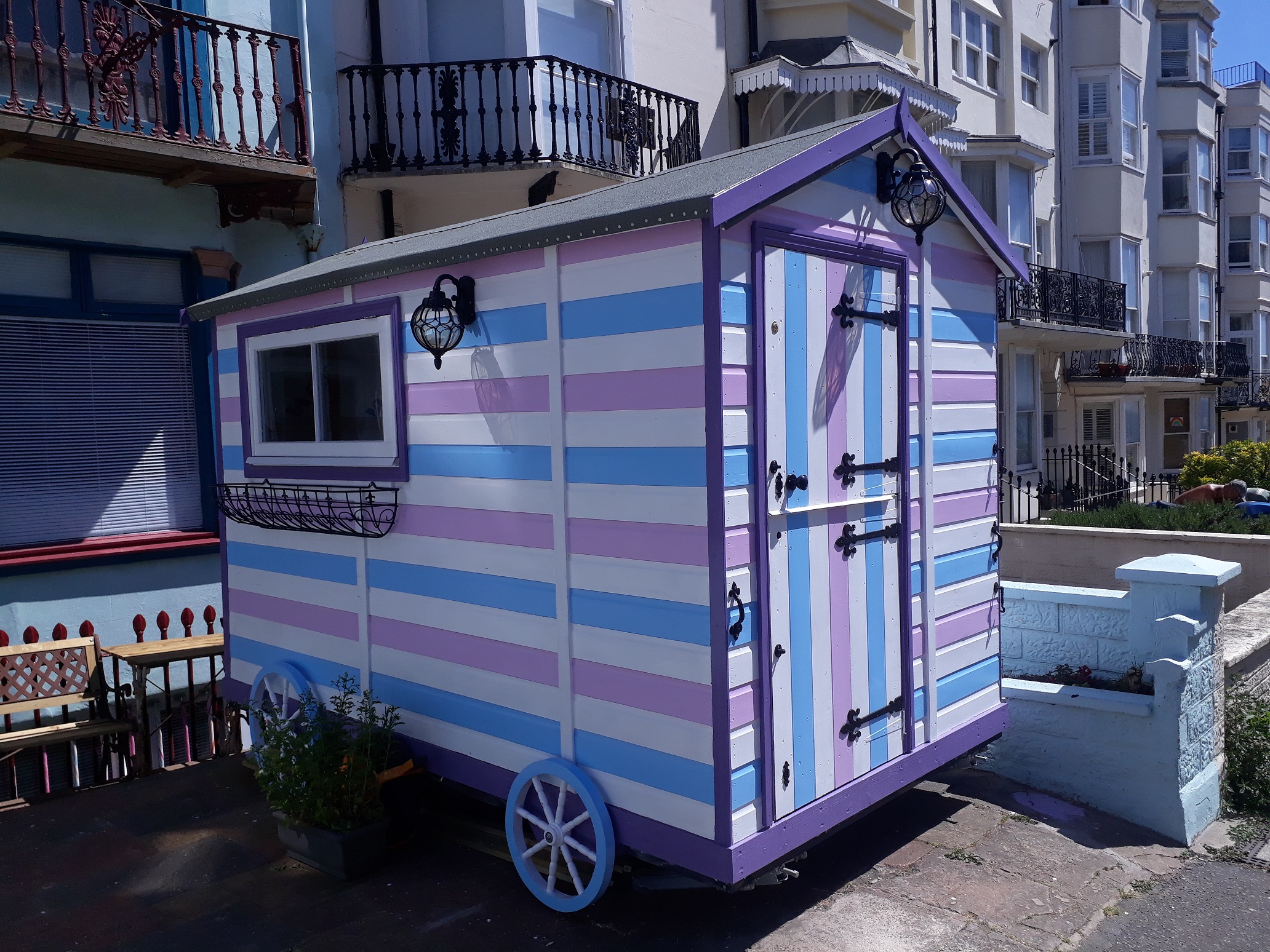 A man who built a beach hut trailer inspired by Martha Gunn has been told he has to remove it after complaints.

Paul’s lockdown project took shape over last summer on his drive in Lower Rock Gardens – but by June, he had put up a sign saying he was halting work because of complaints.

This month, Brighton and Hove City Council has served a planning enforcement notice on him, saying it regards it as an unauthorised outbuilding and requiring him to move it by June 10 this year.

Paul, who asked for his last name to be witheld, said that passers by would often stop him and ask about the project as it was taking shape.

He said: “The intention was never to keep it permanently on the site. I made it on a trailer so it could be moved to another site where it would be used as a glamping wagon.

“Sort of like a shepherd’s hut, but with a distinctly Brighton twist. So, I modelled it on the wheeled bathing huts that used to operate on Brighton beach during Georgian times, for which Martha Gun became famous.

“Many people would walk down Lower Rock Gardens to the beach as part of their daily exercise. And, during these times when many people were anxious, and every day seemed to be the same, they enjoyed seeing something new being created.

“Literally hundreds of people stopped to enquire and have a brief, socially distanced chat about progress.”

He says he has told the council that as it’s a mobile object, it should not require planning permission, in the same way a large ugly trailer or derelict caravan parked on the drive wouldn’t.

In the meantime, he’s looking for a site where he can relocate it to, and is planning to appeal the notice. But he fears if both those fail, he may have to destroy it.

He added: “The council in its enforcement notice says the structure has ’caused significant harm to the character of the streetscene and to East Cliff Conservation Area. I disagree entirely. In my view this is not some grand square in Hove. This is Kemp Town.

“I believe that the beach hut perfectly reflects the diverse, vibrant, resilient community we have here, and the amazing, colourful, cheerful people who live in the street and beyond.”

A council spokesman said: “The matter was brought to the attention of our planning enforcement team in May 2020. We did make contact with parties with a material interest in the land prior to serving the notice and took into account responses received.”

The enforcement notice says: “It is considered expedient to issue the notice because the timber outbuilding, by reason of its scale, form, positioning and materials, is an incongruous addition in a prominent location, which has caused significant harm to the character and appearance of the property, the wide streetscene and East Cliff Conservation Area.”

The notice comes into effect on 10 May unless Paul appeals, which costs £924.