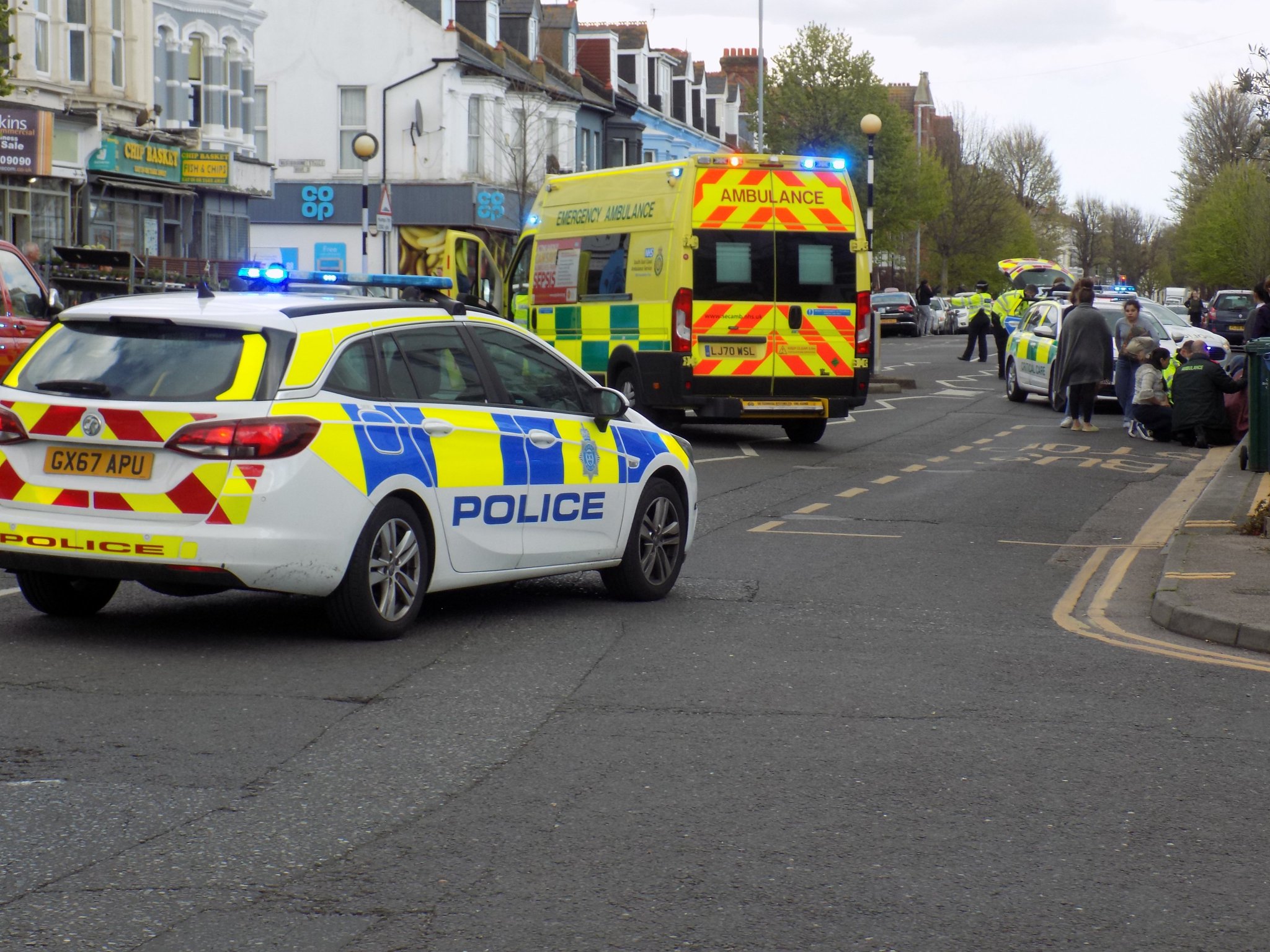 Emergency services at the scene of the crash in Portland Road yesterday. Picture by Christopher Hawtree

A woman ‘screamed in agony’ after being hit by a car in in Hove yesterday afternoon.

The woman, who was on foot, was reportedly sent flying several yards when she was hit by the car in Portland Road at about 3.15pm.

She was taken to the Royal Sussex County Hospital with a serious injury, where she remains this morning.

Passer by Chris Hawtree said the crash “sent a pedestrian flying several yards from the crossing near Westbourne Street. She screamed in agony on the kerb.

“It needs lights/20mph. People here have long said that the crossing needs to be improved.”

There were local reports the incident was a hit and run, but Sussex Police said the driver had remained at the scene.

A spokeswoman said: “Around 3.15pm on Tuesday (May 4), police were called to Portland Road, Hove, to reports of a collision between a car and a pedestrian.

“The pedestrian was taken to the Royal Sussex County Hospital in Brighton with a serious injury. She remains in hospital at this time.

“No arrests have been made at this stage.

“Anyone who witnessed the collision is asked to contact police online or by calling 101 quoting serial 819 of 04/05.”

A spokesman for East Sussex Fire and Rescue said: “We were called to at approximately 3.20pm in which a pedestrian was hit by a vehicle.

“Ambulance crews attended the scene and the pedestrian was assessed and treated before being taken to Royal Sussex County Hospital.”