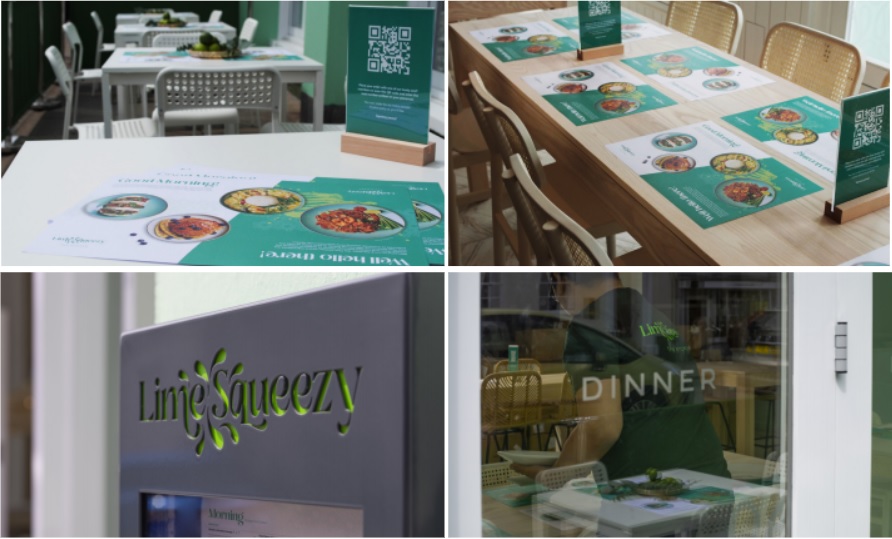 Pictures from the Chichester branch of Lime Squeezy

The founder of the Giggling Squid restaurants is opening a new restaurant in the former Pizza Express in Jubilee Square.

Pranee Laurillard’s Lime Squeezy will also serve Thai food, but in a more casual and communal setting and speedy service via online ordering.

Pizza Express announced it was closing the Jubilee Square restaurant in January, one of 73 branches of the chain to close across the country.

Its restaurants in Prince Albert Street in The Lanes, Brighton Marina and Church Road in Hove remain open.

Mrs Laurillard said: “I am lucky enough to be having an opportunity for the premium site in Jubilee square in Brighton which was the previous Pizza Express.

“The location is perfect for the fast, fresh, and fuss free Thai food concept which is named Lime Squeezy. Customers will be able to order from their phones at the tables via QR code so it can speed up and cut down the waiting time.

“The layout of the restaurants are based on communal seatings which feel exactly like casual way of eating in Thailand. Food is freshly cooked from an open kitchen which could be quite entertaining to watch if you are into cooking!

“Menu are based on all of the best loved dishes and what makes it extra special is we are open for late breakfast and brunch from 10. With lots of people are now working from home, it would be nice to pop out for a quick brunch and a nice warm mug of freshly made chai with proper spices or a good bowl of curry and rice.

“We are also welcome mums groups with toddlers and babies as well as we are lucky to have the ample first floor to accommodate those.”

Mrs Laurillard opened the first Giggling Squid restaurant with her husband Andrew in Brighton in 2002. The chain, which serves Thai tapas, now has 37 branches across England, with three more set to open.

The first Lime Squeezy restaurant is due to open next Monday in Chichester, and Brighton will be the second.