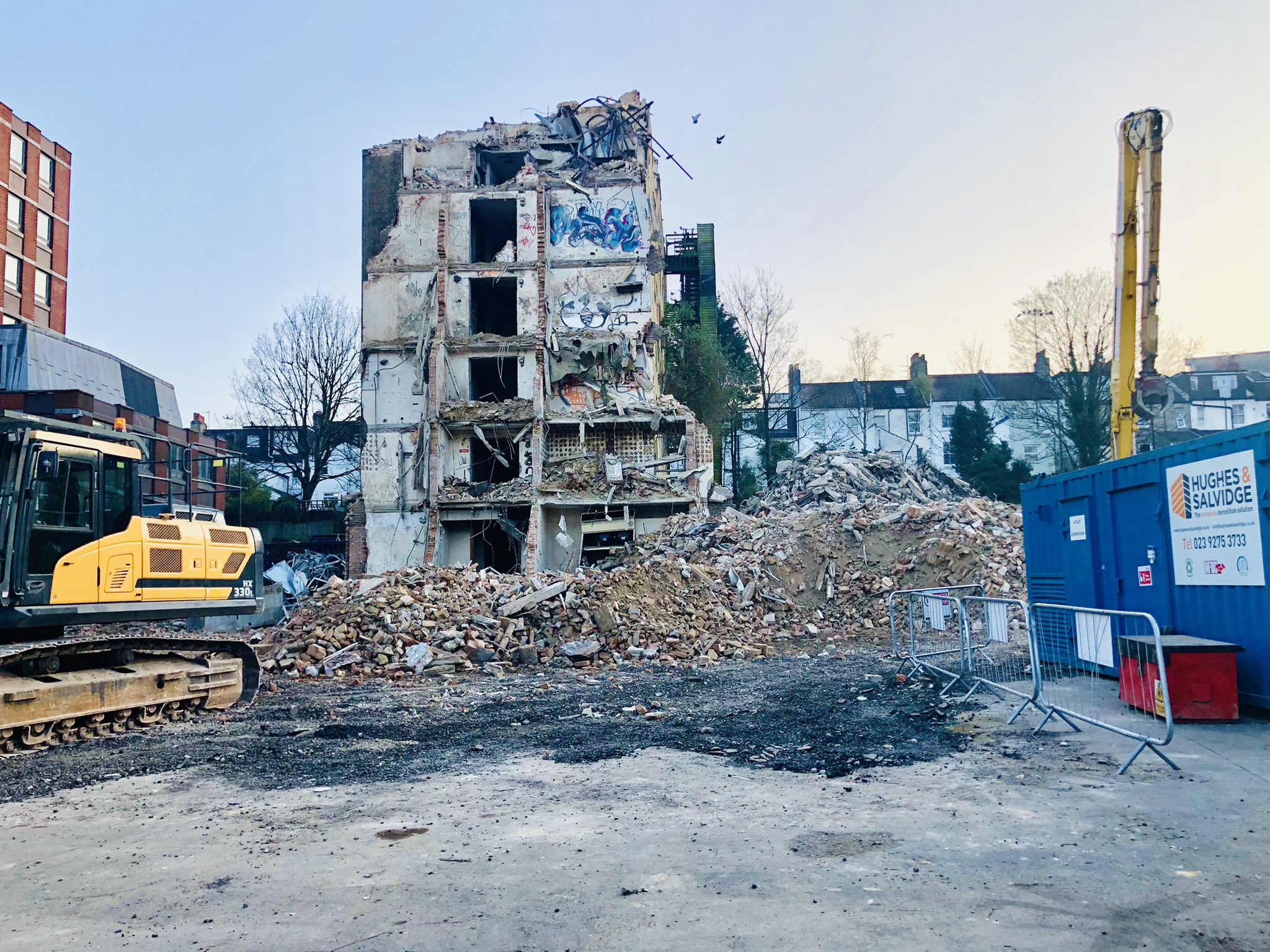 A search for a human skeleton in the demolished remains of a building dubbed Brighton’s ugliest has not found any human remains.

Forensic excavations took place this week at Anston House opposite Preston Park after recent reports a skeleton was present was the building went up in the 1960s.

But today the site was handed over to archaeologists after no bones or evidence of suspicious activity were found.

DS Joanne Benton said: “We carried out a thorough and robust investigation into this matter and have found no human remains at the site. As such, our officers have been stood down from the scene.

“The person who reported this to us did so with good intentions and I would like to thank the public for their patience while we carried out this work.”