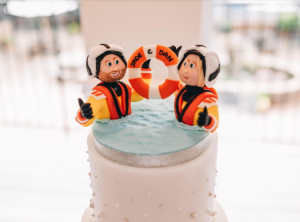 A couple who met as Brighton lifeboat volunteers have tied the knot in a “yellow wellies” wedding.

Dan has since joined the Tower RNLI crew in London – Britain’s busiest lifeboat station – but he took time out last Saturday (29 May) to marry Jade.

And because the RNLI has been such a big part of their lives, the couple made sure that their volunteer lifeboating commitment was part of their big day.

They had a suitable wedding cake topper – and even sported yellow wellies on their big day.

Jade said: “After spending time on the crew with Dan, we grew closer and our partnership on the boat grew into love.

“Our son, Noah, was born two and a half years ago and he’s been visiting the lifeboat station in his knitted wellies since day one.

“We hope that some day he’ll carry on the family tradition and get his own pager!” 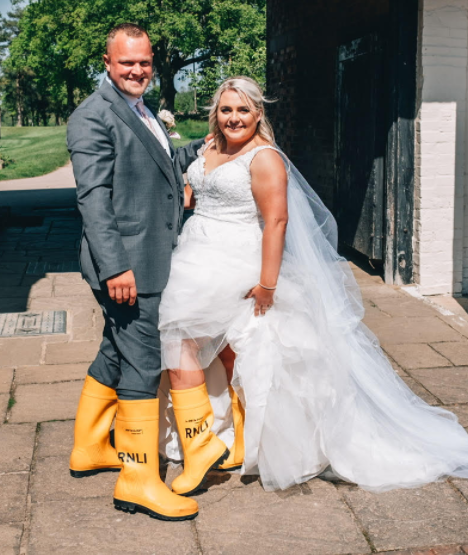 Roger Cohen, proud dad to Jade and grandfather to Noah, is also the volunteer operations manager for Brighton and Newhaven RNLI stations. 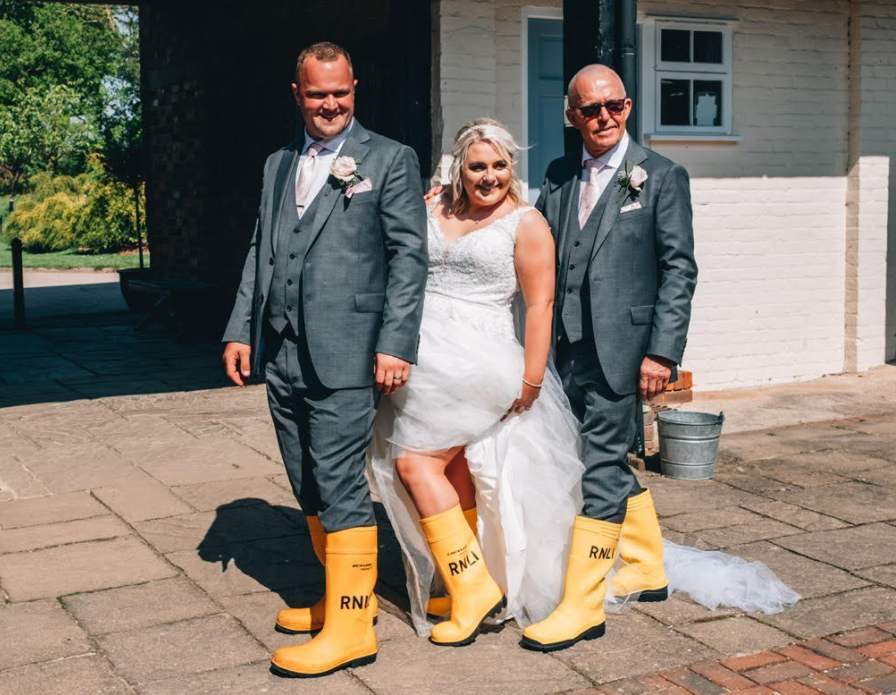