A Brighton campaign group has warned that a proposed trade deal could lead to food going on sale locally that contains pesticides and chemicals banned in Britain for health reasons. 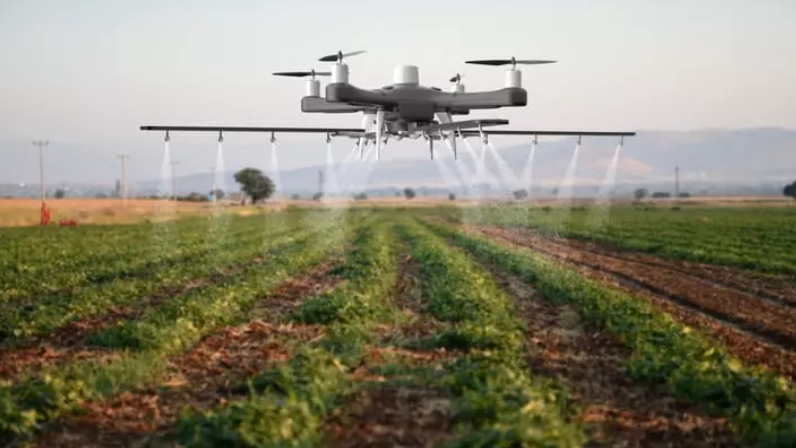 The Pesticide Action Network UK also urged the government not to agree a deal that would undermine British farmers by allowing imports that were cheaper because of lower standards.

The organisation, also known as PAN UK, has spoken out because of concerns about the prospect of Britain signing up to a Pacific trade agreement.

The report is called Toxic Trade – How joining the Comprehensive and Progressive Agreement for Trans-Pacific Partnership (CPTPP) threatens to weaken UK pesticide standards.

It comes after the British government applied, in February, to join the free trade deal with 11 other countries, including Australia, Canada and Mexico.

Dr Lydgate, PAN UK and Sustain said: “The UK could be opening the door to 119 pesticides banned for health and environmental reasons.

“The deal … risks exposing UK consumers and wildlife to a new suite of toxic pesticides.

“The deal poses a direct threat to the British public’s health, environment and farming sector.

“It would also set a dangerous precedent that UK pesticide and environmental standards are up for negotiation in other post-Brexit trade negotiations.

“Though far from perfect, the UK’s pesticide standards are far more robust than those of existing CPTPP members.

“UK bans on notorious bee-harming neonicotinoids and water-polluting herbicides and insecticides could be reversed due to pressure from CPTPP member countries, where they are still in use. 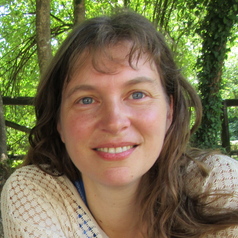 “Foods such as apples, grapes, wheat, asparagus, avocados and blueberries grown in CPTPP countries are also allowed to contain much higher amounts of toxic pesticides than their UK equivalents.

“The report emphasises that the CPTPP is a done deal, already agreed by 11 members.

“By joining, the UK would surrender its power to write the rules, with virtually no scope to amend the treaty to prevent the undermining of UK pesticide standards.

“And if the UK weakens its pesticides regime due to joining the CPTPP, farmers will lose their largest export market as UK produce will no longer meet EU standards.”

The report’s key recommendations to the government are

PAN UK’s head of policy and campaigns Josie Cohen said: “This flies in the face of government promises not to sign a trade deal which compromises UK environmental protection and food standards”. 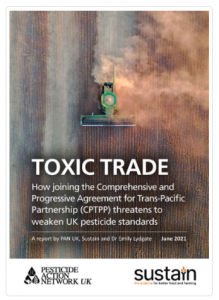 Dr Lydgate, senior lecturer in environmental law at Sussex University, said: “As the UK signs this deal, it must make clear its pesticide standards aren’t on the table. If not, it will find itself on a slippery slope.

“By breaking with its long-held precautionary approach and agreeing to weaker pesticide standards under the CPTPP, the UK would be much more likely to bow to similar demands from other trading partners.”

Sustain’s head of sustainable farming Vicki Hird said: “The government has talked a strong game on standing up for the UK farming sector post Brexit but actions speak louder than words.

“With the CPTPP deal, the government is selling farmers down the river. It would be a disastrous double whammy, potentially hitting both their domestic market and the majority of imports – to the EU.”

A poll of more than 1,700 people by YouGov for PAN UK found that 58 per cent thought it was important that the government resisted pressure to overturn pesticide bans even if it meant the UK was unable to join the CPTPP deal.