Opera singer, “high performance coach” and mentor Nadine Benjamin, from Hove, has been made an MBE in the Queen’s Birthday Honours. 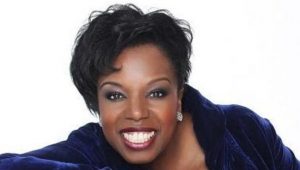 Ms Benjamin, 47, was born and bred in Brixton and started her career as 16-year-old office junior on a Youth Training Scheme placement.

And before making her name in the likes of Porgy and Bess with the English National Opera, she would sing “garage and drum ’n’ bass”.

She has been keen to encourage others to follow their dreams, setting up her opera and mentorship programme Everybody Can! in 2015.

She has appeared at the Coliseum and the Royal Opera House and in productions including La Bohème, Madama Butterfly, the Marriage of Figaro, Tosca and Otello.

Her latest honour was bestowed for services to opera and it follows recognition on and off the stage.

She was highly commended at the Women of the Future Awards 2016 after starting Everybody Can!

As she awaited the news of her honour being made public, she gave a livestreamed concert from St James’s Piccadilly with pianist Nicole Panizza.

Ms Benjamin has been described as “charismatic” with a “beautiful voice” and one journalist wrote; “I don’t know what fuels Nadine Benjamin but she should sell it.”