The longest-serving member of staff at a Brighton charity has been recognised by the Queen in the Birthday Honours List.

Lizzie Batten, 61, was made an MBE for services to young people with disabilities and vulnerable families for her work at Amaze.

She manages the volunteer team who help and advise parents making claims for disability living allowance from the Department for Work and Pensions (DWP).

She said: “This honour throws a spotlight on the fact that it is so difficult for families who have disabled children and young people to claim what they are entitled to.

“There really shouldn’t be a need for me to do the work I do. My job wouldn’t exist if the DWP was sticking to the law – but it isn’t sticking to what the law says.

“It’s money they are entitled to receive. It’s really important that families have enough money to make ends meet.”

She also said: “It is amazing to get an honour when you think that what I do is face to face at ground level especially during the past year.

“I feel very privileged. You meet so many brilliant young people and their wonderful families.”

Ms Batten has been involved with Amaze since it started more than 20 years ago. She said that she had found it hard claiming benefits for her daughter Charlotte, now 33, who has autism.

She said that she could only imagine how much harder it would be for other families facing even greater challenges.

And while she was proud to have been honoured – and surprised – she added: “I think it is a reflection of everything that Amaze does – not just me.

“It is also a tribute to the fantastic work of families who bring up their children who have disabilities.”

Her work – and the work of her team – has been credited with helping families claim £8,000 to £12,000 that they were entitled to but might otherwise not have received. 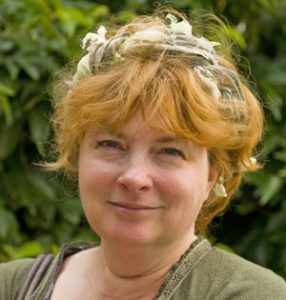 Estimates suggest that this work could bring about £3 million a year into Brighton and Hove, with disability living allowance and other benefits helping more than 300 families.

Former colleague Jo Martindale, the chief executive of the Hangleton and Knoll Project, said: “Lizzie is a legend and it’s hard to imagine a better deserved MBE.

“She’s remarkable. She’s done some amazing work with mums who don’t speak English as a first language – and she really fights for all her mums.

“Brighton and Hove should be proud that we have someone like Lizzie on our side.”

Like many charities, the past year has been challenging for Amaze and last month it said that it had a budget gap that it was trying to fill.