Patcham stays green and pleasant – why not elsewhere?

If you already want to get away from the madding crowds, come to Patcham Old Village. There you can enjoy a cream tea in a village setting, sneak into the newly restored Saxon church, hear bird song, drink warm beer and listen to the sound of a cricket match at nearby Horsdean Recreation Ground.

It will take you back to an almost mythical England that many people have only seen on TV.

There you will also find a green fringe – a wildlife corridor linking the city to the South Downs, loved by dog walkers, joggers, children and butterfly spotters.

Yet it has been under threat from a Green and Labour coalition who do not appreciate these slivers of an ancient England.

Sites such as land next to Horsdean Recreation Ground and Coldean Lane are earmarked for development as part of City Plan Part 2, supposedly to meet our housing targets, but actually as an attack on our way of life.

When residents heard of the plan to build 25 units on land next to Horsdean Recreation Ground, there was disbelief – “I thought we had a Green council” was whispered behind net curtains.

A petition set up by Patcham and Hollingbury Conservative councillors quickly attracted 1,600 signatures.

If this development went ahead, what would cricketers see from the recreation ground? Nothing but houses. What would people hear? Nothing but cars. Where would our children play? What about the increased traffic and pollution?

We were sceptical the council would listen. At a meeting of the full council, the council refused even to hear our petition.

But just a month ago, it was announced that the council would recommend for deletion this three-acre site – and the 10-year development plan has now been submitted to the planning inspector for independent examination.

A revised urban fringe study, requested by Conservative councillors, acknowledged the significant impact on the Local Wildlife Site on the basis that adequate ecological mitigation and biodiversity net gains would not be possible.

There can be no justification for building on the precious urban fringe in Patcham ward when land for 15,100 homes has already been identified without the need to build on any of the urban fringe sites.

This is not a victory – what about the other 15 urban fringe sites under threat from our council? Why was the Horsdean site recommended for removal and the others not? 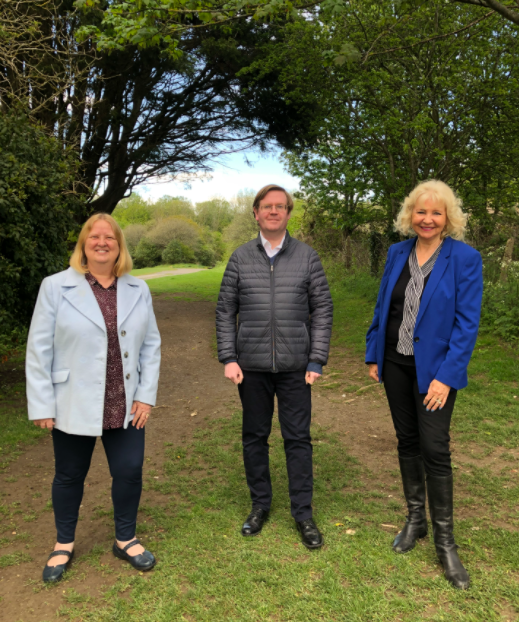 Land at Ladies Mile Nature Reserve, also in Patcham, is still under threat. Why? Under threat from a Green-led council that prefers to crow about cycle lanes than its own plans to destroy our rural landscape.

Who is trying to save our green fringe? Who has lobbied for Brighton and Hove’s largest new wood for a generation above Carden Park? Local Conservative councillors.

Councillor Anne Meadows, Councillor Carol Theobald and myself will keep fighting to protect our urban fringe, as will Conservative councillors across the city.

Conservatives believe in conservation – it’s in the name – not only of our environment but our way of life.

On the other hand, there are many shades of green, not all of them pleasant.

Councillor Alistair McNair is the Conservative Councillor for Patcham and Hollingbury ward.